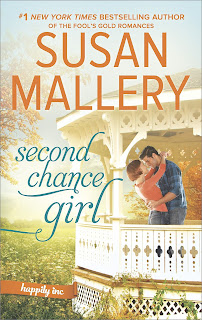 Carol Lund is in charge of the Happily Inc Animal Preserve. From childhood summers spent with her father on the South African game preserve where he worked, Carol knew what she wanted to do. After earning a degree in zoo management and animal care, she began working for her father and uncle who had created an African savanna on acres adjacent to their trash and recycling center. Now she manages the preserve. Carol loves the gazelles, zebras, water buffalo, and other animals under her care, but she has a special affection for Millie, the preserve’s lone giraffe. Female giraffes are herd animals, and Carol fears that Millie is lonely. Her current project is raising half a million dollars to buy more giraffes to keep Millie company. Carol does not have time to be distracted by her crush on her sexy artist neighbor and good friend, Mathias Mitchell. She believes there is no way that Mathias, who has his pick of visiting beauties, would ever be interested in an ordinary woman like her—especially one who is more the forever type than fling material.

Mathias grew up in a household dominated by his self-absorbed, egomaniacal father. Five years ago, Ceallach Mitchell informed his sons that Mathias and his twin brother Ronan were not twins, that they were not even full brothers. Ronan was the son of one of Ceallach’s mistresses, but Elaine Mitchell had reared him with her sons and loved him as one of them. That revelation drove Ronan and Mathias from Fool’s Gold. They set up their studio and built homes in Happily Inc, but the bond the two brothers had shared for all their lives seems to be irrevocably broken. The experience has left Mathias mistrustful of love and determined to avoid commitment. Happily Inc with its constant supply of pretty bridesmaids in town only for a wedding is perfect for his one-night-stand policy. Carol and her animals have fascinated Mathias from the time he met them. He enjoys Carol’s friendship, but he refuses to acknowledge that his feelings for her are deeper.

Yet the lives of these two friends grow more and more entangled. Carol inspires Mathias to return to the art he had forsaken, and he turns to her for help whether it is with his dog-sitting duties with his mother’s mischievous beagle, Sophie, or with wedding plans for brother Del and his bride. He even comes up with a fundraising plan that may help Carol raise the additional $375,000 she needs to end Millie’s loneliness. But just as Carol gets past Mathias’s barriers, a family brouhaha with Ceallach reawakens Mathias’s concern that loving means being betrayed, and he retreats. Carol’s confidence in herself as a woman who deserves Mathias’s love is too weak to combat his withdrawal. Can love conquer the entrenched fears and insecurities of these lovers?

The second entry in Susan Mallery’s Happily Inc series is even better than the first. Carol is a winning heroine—sweet but spirited enough to match wits with Mathias, focused on her beloved animals but balanced enough to have room for meaningful friendships and for romance, confident about who she is in essence but convinced she is a “plain peahen” in looks. Mathias has deep scars from years of struggling with his father, and Ronan’s distance denies him the one connection he felt was unassailable. His charm and looks and talent may seduce readers as quickly as these features seduce Carol, but it is his vulnerability along with his generous heart that makes him a memorable hero. As individuals and as a couple, these characters are likable, believable, and sympathetic.

A secondary romance between Violet Lund, Carol’s sister, and Ulrich Sherwood, Duke of Somerbrooke, is a delightful addition to the central story. Just the idea of a button collector and a duke makes me smile. This duke is a failed Prince Charming who infuriates his heroine even as he shatters her idealized image of him based on a youthful encounter, which adds to the fun. Animal lovers will fall in love with Millie and Sophie, and Fool’s Gold fans will be pleased to attend the wedding of Maya Farlow and Delaney Mitchell (Thrill Me).

Susan Mallery is one of the queens of the quirky small-town romance. She gives her readers story after story populated by characters, human and animal, who become dear and familiar. Honestly, I am already addicted to this series. I highly recommend Second Chance Girl for Mallery fans, for readers who love a good friends-to-lovers story, or for any contemporary romance reader looking for a read that is sweet and sexy with a touch of humor and some heart-twanging touches. Mallery is amazing, and I can’t wait to see what her next Happily Inc romance will be. I’m keeping my fingers crossed that it will be Ronan’s story.
Posted by pjpuppymom at 12:30 AM