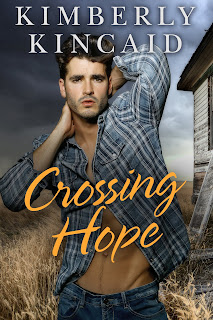 Marley Rallston would rather be anywhere other than too-small-for-a-map-dot Millhaven, Virginia. But thanks to a heap of debt, what was supposed to be a quick trip to fulfill her mother’s dying wish has turned into an extended stay with the family she never knew she had and the father who never wanted her. To top it off, now she’s being forced to do community service with the town’s biggest bad boy, when all she wants to do is make enough cash to get out of Dodge? Life can’t get much worse.

The only thing Greyson Whittaker cares about is his family’s farm. He’ll do anything to keep Whittaker Hollow in the black, including live up to his rough, tough reputation by running the place by himself, no matter the cost. Mandatory community service with the daughter of their biggest rival is the last thing he wants or needs. But the more time Greyson and Marley spend together, the hotter their attraction burns, and the more the unlikely pair begins to realize that forbidden fruit just might taste the sweetest…

I've been eagerly anticipating this story since I turned the final page of book three, Crossing Promises, last March and I'm delighted to say it fulfilled my every expectation.

Marley Rallston is as prickly as a hedgehog carrying a chip on her shoulder the size of Mt. Rushmore. She's not interested in warm and fuzzy family reunions or letting her newly-discovered brothers and sisters-in-law chip away at the shell around her heart though that's exactly what they continue to do. She's certainly not interested in several weeks of enforced community service with her family's biggest rival, town bad boy Greyson Whittaker, yet that's exactly what's happened. Greyson should have known those unpaid parking tickets would come back to haunt him. He didn't mean to blow them off; he's just so busy running the family farm and dealing with his mean-as-a-rattlesnake father that they slipped his mind. Now he's stuck doing community service at a run-down animal shelter with the little sister of his biggest rivals and at a time when the farm needs all his attention. All he knows about Marley is that she's a Cross. Those gorgeous blue eyes don't lie. All Marley knows about Greyson is his reputation around town and the repeated warnings from her brothers that he's no good. Will Marley and Greyson be the ones to end the feud between their families or will giving in to the attraction pulsing between them blow their tiny town sky high? 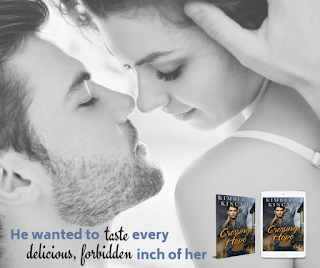 There's nothing like cleaning out kennels and playing with puppies to get people to lower their shields and expose their true selves. I love how Kincaid gradually unveils the true character of both Marley and Greyson. Marley is a relatively new character to the series that readers are still getting to know so her evolution in this fourth book seems organic, a natural process of revealing herself as relationships grow. Greyson, on the other hand, has been a thorn in the sides of the Cross brothers throughout the series. I thought I knew exactly who he was. Wow, was I ever wrong. I love how Kincaid slowly unveils his strengths, his vulnerabilities, and the heart of the man hiding beneath the attitude. And I love these two together. They have incredible chemistry, they challenge one another, they heal one another, and I have no doubt they will have an incredible life together.

I'm so sad to say goodbye to this family but I sure have enjoyed getting to know them throughout this series. Kincaid has brought them to life along with their beautiful Shenandoah Valley farms. Her descriptions are so vivid that were I driving through their area of Virginia one summer Saturday I would fully expect to stumble upon the Cross family farm stand, selling the best produce in the area and manned by the whole family...including their former rival and now brother-in-law, Greyson Whittaker. Happy endings all around for these characters I've come to love. 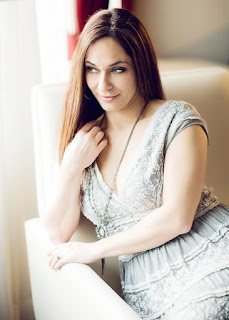