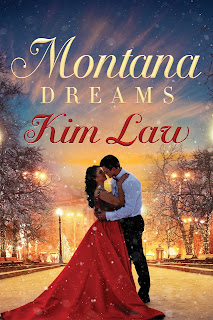 When Jaden Wilde’s girlfriend turns down his marriage proposal just months before he receives his master’s in counseling, he’s convinced that it’s cold feet. Until he learns that her no came at the advice of a new age “dream reader.” But Arsula’s hardly the woo-woo hippie his scholarly mind imagined. She’s charming, smart, and uncannily perceptive. And before long, he’s drawn to her—despite his ongoing skepticism for how her practice works.
Arsula’s intuitions led her to Birch Bay not to guide Jaden’s girlfriend—but to guide him to his best life possible. As the odd one out in an unsupportive family, Arsula can relate to the struggle to find one’s path, and she wants to see Jaden with the woman of his dreams. Although she’s cautious of being the rebound girl, what she’s starting to feel for him is too real to ignore.
When Jaden’s own volatile family issues come to a head and his doubts are made resoundingly clear, Arsula worries she’s misread the signs. Maybe they’re all wrong for each other. Maybe he should be with his ex. She’s supported him, but if he can’t believe in her, how will they ever find out if they’re truly meant to be?

I fell in love with the Wildes in book one, Montana Cherries, and those feelings have grown stronger with each subsequent book that Law has published. If I looked up "dysfunctional families" in a romance dictionary, the Wildes would undoubtedly be prominently featured and with good reason. Growing up under the manipulative influence of a mother with narcissistic personality disorder and a father who escaped into work in their family cherry orchard both before and after their mother's death, you'd expect these siblings to have a few issues. They've come a long way since book one but, as readers will learn with Jaden, there are still some obstacles left to overcome on the road to happiness.

While there's plenty of emotion in Montana Dreams, there's also great banter and a fair amount of humor. There are still serious issues being tackled but Law injects enough realistic humor into the story to keep it from becoming too angsty or dark. Tears were shed in the reading but there were more than a few laugh-out-loud moments too. I love that Arsula doesn't take any crap from Jaden. He's the baby of the family, pretty arrogant (a bit self-righteous, perhaps?) in his beliefs, and needs someone who will call him on his behavior when warranted. His growth over the course of the book is significant and satisfying but not without a few heart-wrenching roadblocks along the way. As for Arsula, I adored her, cheering her on the whole way. I want to be her friend, I want her to read my dreams, and I hope we see more of her in future books.

The path to a happy ending wasn't easy for these two but I was happy with the resolution of their relationship issues - I love a good grovel - and am confident that Jaden and Arsula have what it takes to celebrate the good times, work through the bad times, and travel life's road together.

I'm a stickler about reading series books in order. For a deeper understanding of the secondary cast of characters, the emotional issues they have overcome, and the events that have brought the Wildes to the place where Jaden's story begins, I encourage readers to start with book one and read the series in order or, at the least, read Montana Cherries first. Having said that, however, if you don't mind jumping into the middle of a series, Law has provided enough backstory (without an info dump) about the Wildes that you should be able to enjoy Montana Dreams on its own without feeling lost. But then go back and read the others because they really should not be missed.

Are you reading the Wildes of Birch Bay series?

Do you enjoy a blend of angst and humor in books or do you prefer one or the other?

Have you ever visited a dream reader? Would you?

I picked up a signed copy of Montana Cherries at a book signing earlier this year. One person who leaves a comment before 11:00 PM, October 5 will receive the signed, trade-sized book. (U.S. addresses only)