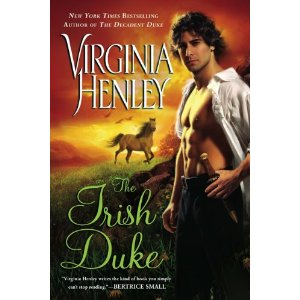 When nine year old James Hamilton, Marquis and future Duke of Abercorn, first laid eyes on the beautiful and fiery Lady Louisa Russell, daughter of the Duke and Duchess of Bedford, he forfeited his heart. He was so taken by her that he immediately asked for her hand, and Lady Louisa dismissed him like only a seven year old could. Her heart belonged to dance and the stage. Marriage was certainly of no interest to her.
Ten years later, Louisa is on the cusp of her introduction into society and being the image of her beautiful mother, she certainly has no shortage of suitors. None of whom she could care a fig about. Even though she has resigned herself to the fact that a future career as an actress and dancer is wholly impossible for someone of her rank, she refuses to relinquish the freedom she so enjoys to any man. Lady Lu’s desire to be her own woman is not the only thing that keeps her as far from the altar as possible. Beneath her dark beauty and resolute assuredness lies a deeply rooted fear - a fear that will surrender her to a life of spinsterhood despite what emotions the devilishly handsome Abercorn might stir in her heart. When a scandal erupts, Louisa’s loyalty to her family forces her into the arms of Abercorn, where she must face and conquer her personal demons or lose the one man she might ever truly love.

Ten years has done nothing to douse the torch Abercorn has carried for Lady Lu. Her beauty and innocent grace utterly captivates him, and when he finds himself at Worburn Abby for summer, he sets on his quest to claim her for his bride. He slowly but surely infiltrates her defenses, discovering Louisa's true inner beauty and falling more deeply in love than he had ever imagined. Despite the shock and disappointment of the scandal that forces Louisa to marry him, he takes it as an opportunity Louisa would never have afforded him otherwise and is determined prove their love could be one for the ages.

Personal Notes: One of the main reasons I chose The Irish Duke was because of the historical connections. I am a huge history nerd and nothing attracts me more than fiction based on actual people. I have a deep respect for Virginia Henley for taking on this task, if for nothing else than the sheer amount of research it must have taken to write this book. In this respect, she did not disappoint.

That being said, I felt the story only scratched the surface of the characters and never really delved into the depths of their psyches, which made it difficult to truly invest myself in them. I have no doubts that Virginia Henley is a fabulous writer and that she poured a lot of love and emotion into The Irish Duke, which with the level of historical fact involved was surely a monumental task. However, it unfortunately fell short of my expectations. It has not, however, turned me off to her other books. I still look forward to many of her stories to come!

~Jenn Colman
Guest Reviewer
Posted by pjpuppymom at 12:03 AM