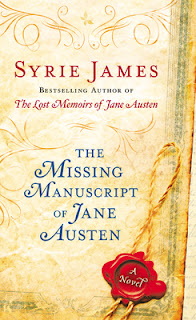 Samantha McDonough, a Special Collections librarian at a California university, is delighted when her boyfriend’s attendance at a medical conference in London, gives her an excuse to visit England again. Four years earlier, Samantha had been forced to abandon her doctoral studies at Oxford and go home to care for her ailing mother, but the lack of a terminal degree has not dimmed her enthusiasm for English literature, particularly for the works of Jane Austen, whose women characters are the subject of Samantha’s incomplete dissertation. While she is browsing in an Oxford bookstore, Samantha buys an old volume of eighteenth-century British poetry. Hidden within its pages, she discovers the fragment of an unsigned letter dated 3 September 1816 and addressed to Cassandra. The date, the salutation, and the style all convince Samantha that the letter may have been written by Jane Austen to her sister. An online search of Austen’s published letters reinforces this conviction. The letter itself is enough to garner headlines, but even more exciting is the reference to a lost Austen manuscript, one that was misplaced in 1802.

A phone call to her friend Laurel Ann (a nod to Laurel Ann Nattress, editor of Jane Austen Made Me Do It and owner of Austenprose, a blog dedicated to all things Austen) gives Samantha the encouragement she needs to pursue the manuscript. She locates Greenbriar, the estate mentioned in the letter, which is still in the possession of the family who owned it at the time of Austen’s visit. The initial reaction of the current owner, Anthony Whitaker, a lean, blue-eyed venture capitalist whose schoolboy acquaintance with Austen left him unimpressed, is disappointing, but he reconsiders and soon the two are searching all the cabinets and cupboards of the vast estate. First, they find the guest registry that proves Austen did visit Greenbriar at the right time, and then, just as they are about to give up, they find a box filled with forty-two handwritten, hand-sewn booklets. Of course, they begin reading the manuscript, entitled The Stanhopes.

The heroine of the lost manuscript is Rebecca Stanhope, who, like Jane Austen, is the daughter of a clergyman. Rebecca enjoys life in the tiny village of Elm Grove and the duties of mistress of the rectory, which had fallen to Rebecca after her mother’s death. Her contentment vanishes when her father is accused of stealing church funds and forced to resign his office in disgrace, and the two of them must struggle to survive. The Stanhopes must sell everything they can, including the pianoforte and harp dear to music-loving Rebecca.  They live for a time with the older Stanhope daughter, whose husband is also a clergyman, and later with a distant cousin. The changes Rebecca is forced to confront bring a variety of experiences, some pleasant, some hurtful, and some conducive to growth. Austen readers will see similarities to familiar Austen characters in both the hero and the villain.

Samantha and Anthony agree that the ending of The Stanhopes is “perfect,” but they disagree vehemently about what should happen to the manuscript. Samantha believes it should be sold to an institution that will arrange for its publication so that Austen fans the world over will eventually be able to read this seventh novel of Jane Austen. Anthony plans to have Sotheby’s auction the manuscript, which is expected to bring £20,000,000 to £30,000,000. It’s clear that there’s the potential for more between Samantha and Anthony than their shared experience with the lost manuscript, but Anthony’s decision causes Samantha to add him to Austen’s “company of W” that includes the rogue in The Stanhopes along with Willoughby (Sense and Sensibility) and Wickham (Pride and Prejudice). Then, there’s the matter of Samantha’s doctor boyfriend, who is a really nice guy.

Syrie James’s The Lost Memoirs of Jane Austen was one of my favorite books of 2007, and I liked The Secret Diaries of Charlotte Bronte almost as much, and so I was delighted when I heard James had written another Austen book. It met all my expectations. My heartbeat increased right along with Samantha’s as she discovered the letter, the guest register, and the lost manuscript. I could easily imagine the excitement such a discovery would generate, given Austen’s status in the literary canon and in popular fiction. James uses Austen’s “Plan of a Novel,” the authentic notes for a book Jane Austen never wrote, to give authenticity to the discovery, and readers familiar with Austen’s novels will find the lost manuscript sufficiently Austenesque in style and content to believe in its authorship and enjoy the story. The frame story of Samantha and Anthony perhaps suffers a bit in comparison, but I somehow felt it was only proper that it should.

This is a book written for a particular audience. If you have not read and delighted in at least some of Jane Austen’s novels, I can’t imagine that you will be tempted to even sample this book. However, if have enjoyed Pride and Prejudice, Emma, or Persuasion, I think I can promise that you will enjoy The Missing Manuscript of Jane Austen. If, like me, you can spend hours conversing about the Austen novel that is your favorite (Persuasion here) or defending your choice of the definitive Darcy (Colin Firth for me), this is a book you do not want to miss. Add it to your wish list now.