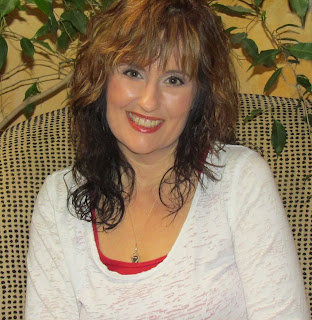 It's always fun to welcome Tawny Weber to the blog!  Tawny is here today to talk about her newest book from Harlequin Blaze, A SEAL's Surrender.  I have to say, I am really loving these SEAL books.  The first one, A SEAL's Seduction was terrific and this new book looks to be even better.  (I'm currently reading it and, let me tell you, this one sizzles!)

Tawny has been writing sassy, sexy romances since her first Harlequin Blaze hit the shelves in 2007.  A fan of Johnny Depp, cupcakes and color coordination, she spends a lot of her time shopping for cute shoes, scrapbooking and hanging out on Facebook.

Readers can check out Tawny’s books at her website or join her Red Hot Readers Club for goodies like free reads, first chapter excerpts, recipes, insider story info and much more.  And for a limited time, she has a few open spots on her Street Team!

Ooops, She Did It Again 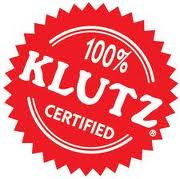 I am a klutz.  Certifiably clumsy, with the casts and scars to prove it.  I’ve fallen down flights of stairs (numerous times).  I’ve flipped over the handlebars of a bike into a brick wall-face first.  I’ve broken my foot walking out my front door.  I’m regularly sporting a bruise or two thanks to desks and tables and walls, all that jump out at the most inopportune moment.
So it was VERY easy for me to create a heroine who is a klutz.   Eden Gillespie, in A SEAL’s Surrender, has a reputation for clumsiness.  But while she’s somewhat resigned to her reputation, she’s also just a little thrilled with the fact that she’s most often rescued from her latest mishap by her very own hero, Cade Sullivan.  SEAL, sexy town golden guy and all-round sweetheart, she’s wanted Cade for her own for, well, almost ever.

Here’s a peek at the first rescue Cade performs in A SEAL’s Surrender, resulting in Eden finally getting up the nerve to ask him out for a thank you drink...

Eden waited until her friend and the cat were safely inside the car, treats and water dispensed, before she lowered herself to the next branch.
There.  She smiled her relief.  Almost down.
It was the smile that did it, she figured.
Because she went from an easy descent to suddenly trapped in the space of a heartbeat.  Like an anchor, something held tight, so she couldn’t move.
Breathless, Eden twisted to see what was wrong.
And hissed when she saw that the strap of her high heel was caught on a branch.  Eden tugged.  The shoe stuck.  She tried to slip it off, but the branch was too rough, scratching painfully against the soft flesh of her instep.
A minute later she added cussing to the mix.
“Haven’t we been here before?” a husky voice asked.
Oh hell.  Eden froze.  She hadn’t even heard a car.  Please, oh please, let him be talking to someone else.
“That is Eden up there, right?” the voice asked.
Double hell.
She shook her head, hoping the move would shift the curtain of hair from blocking her view. 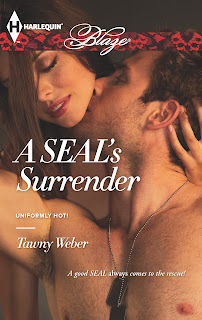 Her heart, already pounding like a freight train, sped up.  What little was left of her breath escaped her lungs in a rush.
She twisted her torso, angling herself sideways to make sure the face matched the voice.
Gorgeous green eyes, a tanned complexion over sculpted cheekbones and a strong jawline.  Wide, full lips stretched in a smile that bordered on laughter.  And the sexiest man-dimple she’d ever seen.
Her eyes widened and she gave a long, lusty sigh.
Didn’t it just figure?  At least she’d tucked her skirt in so she wasn’t flashing him.  Sure, she might have a few dozen fantasies about sharing her undies with this particular man.  But this position wasn’t featured in a single one.
So she did what she always did when caught in an uncomfortable situation.
She smiled and made the best of it.
“Hi Cade.”
***
“Do you do these things just to keep me in practice?” Cade asked, grinning at his favorite perpetual-victim, her silky brown hair a dark curtain over a face he knew would be sliding into a sheepish smile.
Eden Gillespie always looked sheepish when she had to be rescued.  Something, if he’d ever considered it, he’d have figured she’d outgrow.  He eyed her legs, smooth and bare all the way to the top of her hot pink panties thanks to the way her dress was hanging.  Her arms were wrapped around the tree limb and one foot dangled while the other was caught in a snarl of branches and leaves.  Clearly he’d have figured wrong.
“Consider it my welcome home,” she muttered, blowing a puff of air so her hair cleared enough that he could see the resigned amusement in her big brown eyes.
That was one of the things that he’d always admired about Eden.  She could laugh at herself.  So many of the girls he’d grown up with, and the women he’d dated for that matter, took themselves and life way too seriously.  They were so worried about controlling the impression they made, they didn’t let themselves just live.
Without thinking, his eyes shifted back to Eden’s legs.  Long and sleek, they wrapped around that big, hard branch.  He frowned at the scrapes and faint reddening of her tender flesh, for the first time ever, tempted to kiss away a boo-boo.  All the way up to her panties.  Practical cotton, he noted, his mouth going dry, but in a fun sassy color.  Since she was face down on the branch, the curve of her butt was perfectly highlighted in that pink fabric.  His fingers itched to touch, to see if her curves were as firm as they looked.
Whoa.  Not cool, he lectured himself.  Lusting after the sweet girl next door was walking an awfully close line to planning to settle down.  Nothing wrong with it in the big picture, but in his personal rulebook?  Totally out of the question.

So here’s my question to you... Are you accident prone or naturally graceful?

One randomly chosen person leaving a comment will receive an autographed copy of A SEAL's Surrender!