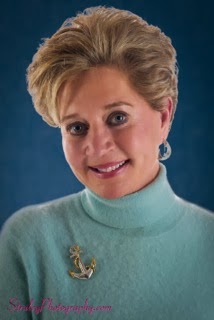 We're delighted to welcome military romance author Heather Ashby back to the Romance Dish.  Heather is a Navy veteran who taught school and raised a family while accompanying her Navy husband around the United States, Japan, and the Middle East. In gratitude for her Army son’s safe return from Afghanistan and Iraq, she now writes military romance novels, donating half her royalties to causes that support wounded warriors and their families. Her debut novel, Forgive & Forget was voted “Best of 2013” by Suspense Magazine. She lives in Atlantic Beach, Florida with her husband and three rescue cats.

Please give Heather a warm welcome!


Well, What Do You Know?

Thanks for inviting me to The Romance Dish today, PJ. I always enjoy your blog, both as a visitor and a guest.

The best feedback I receive on my Navy romance novels is: “I learned a lot.” I, too, enjoy learning interesting information through settings and scenarios in novels. Two of my favorite authors, Elizabeth Essex and Rachel Grant, not only write with terrific voice, but I learn so much when I read their work.

Elizabeth Essex writes romance set in the 19th Century Royal Navy. She holds a Masters Degree in Nautical Archeology and it shows in her work. Almost A Scandal hooked me as I read about everything from the heroine (who is impersonating a ship’s lad) scrambling up the rigging, to bowsprits and forecastles and mizzenmasts. I loved learning the derivation of cockpit when the disguised heroine is sent to sleep in “the dark area at the stern-most portion of the lower deck, where the midshipmen messed, hung their hammocks, and fought like bantam cocks.” Essex is masterful at putting the nautical speak in context so the reader is never “at sea,” but still gets the flavor of being on a 19th century ship.

Rachel Grant also has a background in Archeology—the land kind. I had no idea that architectural and engineering firms employ archaeologists, nor did I understand the type of work they do—besides digging up artifacts left by ancient cultures. In Grant’s steamy romantic suspense novel, Concrete Evidence, the heroine, Erica, must research a house that is eligible for listing in the National Register of Historic Places. The house is made out of an historic concrete called Thermo-Con, which rises like bread dough after the pour. No one knows the history of the concrete, but Erica sleuths out its origins and its connection to a notable historical figure. Interestingly, Thermo-Con is real and the connection to the historical figure was based on Grant’s actual research. 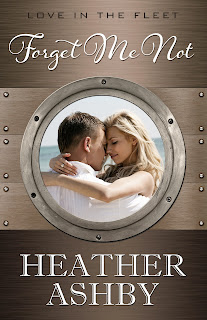 I enjoy sharing my “Love in the Fleet” series with civilian readers so they can vicariously join the Navy and see what it's like to live and work at sea.  Many are shocked that my heroine in Forgive & Forget  has fifty cubic feet of personal living space aboard her aircraft carrier for a six-month duration. And that the space is under the runway of a major airport with jets taking off and landing on her roof at all hours of the day and night. Many are surprised that she isn’t allowed to “fraternize” with the hero because she is enlisted and he is an officer, but it makes for a perfect conflict in the story. Elizabeth Essex and Rachel Grant inspire me to work the military details into the context of my stories instead of inundating the reader with technical instruction.


My military advisor for Forget Me Not was a patient—and handsome—Navy helicopter pilot. It was difficult to pay attention on the days when he wore a flight suit, but I did manage to learn a great deal about drug interdiction. He explained how drug runners drive their go-fasts at night. A go-fast is a speedboat with multiple uber-expensive engines. The drug mules tarp up at sunrise and spend the day under blue tarpaulins that camouflage them with the ocean. Since their fiberglass boats don’t show up on radar, the helo crews have to go on visuals, like spotting wakes—which is why they run at night. This became the perfect scenario for my external conflict with my hero and his crew tangling with the drug mules.

Adding this firefight with the bad guys to an already hot and conflicted love story really ramped up the action. And while enjoying this suspenseful romance novel, I hope readers will learn about the scourge of the cocaine trade, helicopter operations, and hot helo pilots in flight suits along the way.

I’d love to hear what books or authors your readers enjoy because “they learn something while reading a good story.” I have a copy of Forget Me Not for one lucky commenter.

War widow and veterinarian, Daisy Schneider, swears to love only animals after her Marine pilot husband is killed in Afghanistan—but work fails to ease her loneliness or the guilt that she might have saved him.

Between one stray, matchmaking cat and a fiery battle with drug runners at sea, the fur flies as Sky and Daisy learn valuable lessons about life, love, and second chances.