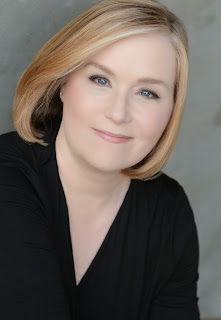 Today, we welcome back Tracy Solheim and her Foolish Games Blog Tour.  Tracy has written her share of best sellers and note-worthy books. Unfortunately most of them line the shelves of dusty government offices around the world never to see the light of day. She hopes to change that with her series of contemporary romantic fiction novels published by Berkley Books.

“I guess you could say I’m a frustrated sports writer at heart, but I love writing—and reading—books centered around sports. I can thank my dad for that. He introduced me to Dick Francis novels when I was a teenager and I was hooked. I am also a big fan of the happily ever after endings of romance novels, so it was only natural that I combined the two elements in my fiction debut.”

I’m a journalist in my real life, so I try to ensure that my books are factually correct.  Here are some of the fun facts associated with my latest release, Foolish Games:

5.         The town of Second Chances, North Carolina is based on the real town of Southport, North Carolina.  Yep, it’s the same one where Nicholas Sparks based Safe Haven.  But I saw it first, Nick!  My family and I have vacationed in Southport for nearly twenty years and my mom is a permanent resident there.  Stop by and visit sometime.  Just don’t look for any of the shops or inns I mention in the book.  I made them all up.  It’s what I do.

4.         The real Bountygate was an incident in which several defensive players on the NFL's New Orleans Saints were accused of operating a slush fund that paid out bonuses, or "bounties", for in-game performance in violation of NFL rules. It marked the first time in modern NFL history that a head coach (Saints coach, Sean Payton) has been suspended for any reason.

3.         Gwen Stefani really does have a line of clothes for kids.  It’s called Harajuku Mini and the pants are decorated with french fries and cheeseburgers.  It’s true although I don’t think the clothes are meant to be edible.

Readers, do you enjoy sports-themed romances?  What are some of your favorites? Has reading a romance ever caused you to visit a certain place such as the town of Second Chances a/k/a Southport, North Carolina?

Tracy is giving away a $50 Amazon gift card and signed copies of GAME ON and FOOLISH GAMES to one random blog tour winner. 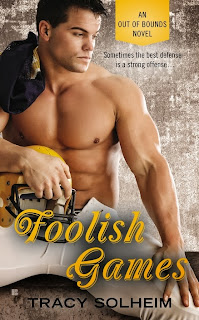 SOMETIMES THE BEST DEFENSE IS A STRONG OFFENSE….

Bridal gown designer, Julianne Marchione knows better than to lose her head at a client’s wedding.  But much to her embarrassment, a mix of migraine medication and a smoking hot football player lead to a steamy one night stand resulting in a surprise pregnancy. Julianne has every intention of leaving her NFL hookup far in the past until her son, Owen, is born with a life-threatening blood disorder that requires a transfusion—and Julianne is not a match.

Will “William the Conqueror” Connelly grew up tough shouldering the stigma of being a bastard child born on the wrong side of the tracks.  He refuses to let any child face the same discrimination. When he finds out about Owen, he’s furious that Julianne kept his son a secret. But when he sees her again at the hospital, he realizes that his feelings for her go far beyond anger.

Will insists that Owen recuperate at his home in North Carolina, and he’s adamant that Julianne become his wife—even if it’s only a temporary marriage in name only. But will their simmering attraction ever lead to a real connection?  Or are they just playing foolish games?

November 24- Ramblings From This Chick http://ramblingsfromthischick.blogspot.com/

November 30- Romancing Rakes For The Love of Romance http://romancingrakes4theluvofromance.blogspot.com/

December 7- Give Me Books http://givemebooksblog.blogspot.com.au/