Guest Review - - All You Need is Love


All You Need Is Love 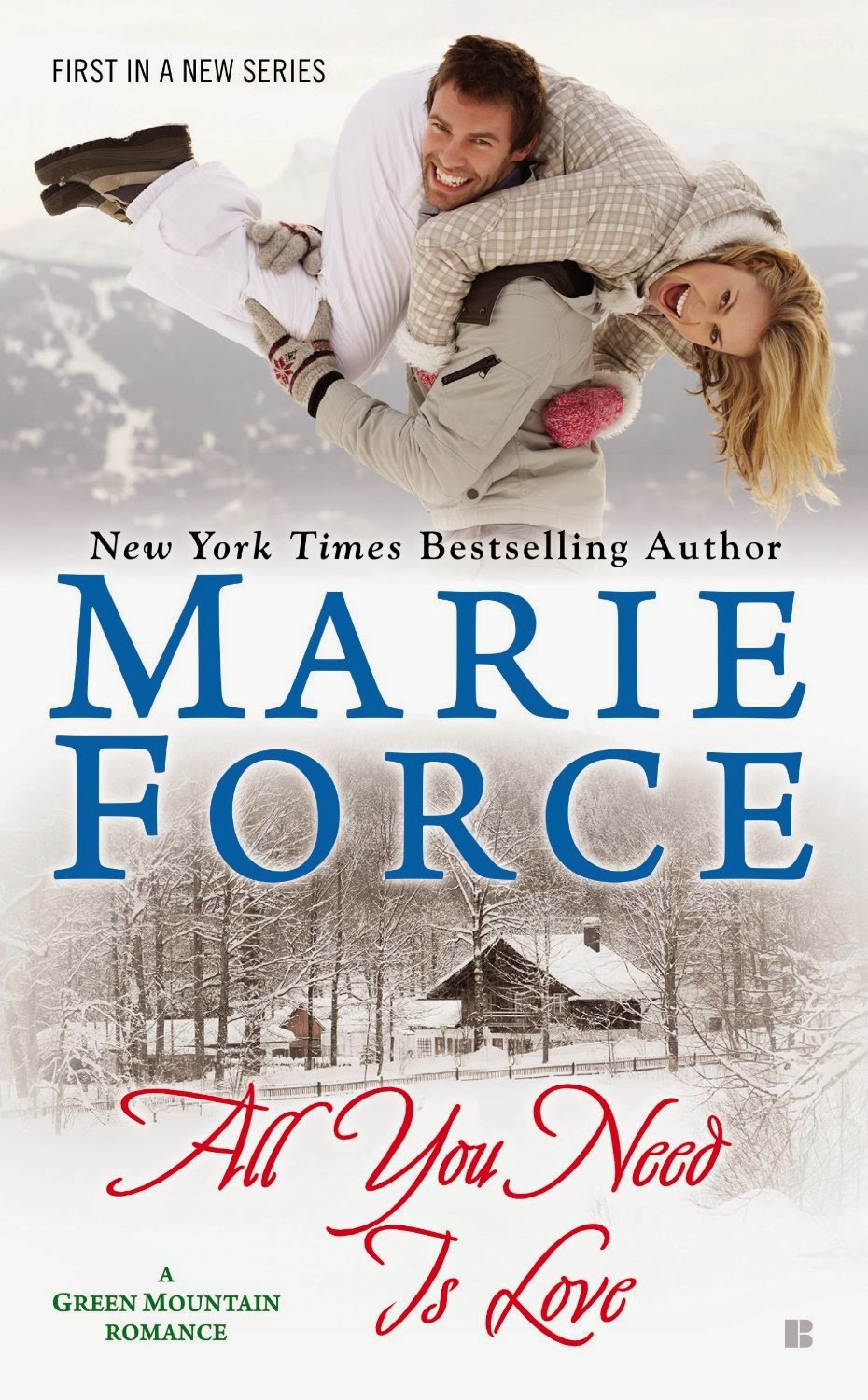 Cameron Murphy is the only child of an immensely wealthy businessman, but she is determined to succeed on her own. She is very proud of what she and her friend, business partner, and fellow-ADD sufferer have accomplished in building their web development business without depending on her father’s money or influence. Still, Cameron is grateful when Lincoln Abbot, an old friend of her father’s from their days at Yale, approaches her about developing a web site for his family business, the Green Mountain Country Store, which has been in his wife’s family for four generations. Cameron prepares a proposal, buys her first car (a new, cherry red Mini Cooper), and with Manhattan in her rear view mirror, sets out for Butler, Vermont, hopeful that the Abbot family will like her ideas and channel some desperately needed cash into her business. Her hopes dim when she has an encounter with Fred, the town moose, that leaves her car a wreck and Cam with a face so battered and bruised she frightens herself. Hope grows even fainter when the first citizen of Butler she meets is the grumpy Will Abbot, second son of the aforementioned Lincoln, who tells her that he and his nine brothers and sisters are adamantly opposed to their father’s plan to bring their business into the twenty-first century.

Will is convinced that the last thing the Abbots need is a city girl coming in and trying to change things that don’t need changing. He and his siblings are happy with the way things are and agree to do their best to overrule what they believe is just another of their father’s wild ideas. Will has a particular bias against city girls since his college girlfriend whom he expected to make his wife rejected him and small-town Vermont to return to the greater excitement of city life. He’s not about to allow himself to develop an interest in another girl from the city, no matter how attractive he finds her even with her battered face.  He keeps telling himself that she is not for him even as he buys her the right kind of boots for Vermont’s mud season and a coat with sleeves that will keep her warm and please her sense of style and invites her to breakfast and dinner and changes his mind about the web site.

It doesn’t take long for the city girl and the country boy to fall head over heels. Cameron also finds herself falling for the entire Abbot family from Grandpa Elmer, an expert in giving advice, to the youngest Abbot, college student Max who is having a crisis of his own, and the Abbots return her affection. But Cameron’s business is in New York. So are her father and her friends who have become her family. She loves bar hopping and Broadway plays and retail therapy, and the lack of a cell phone signal in Butler drives her crazy. Will’s life is in Butler. So is his family, immediate and extended. He loves winter sports and family dinners and his labs Trevor and Tanner, and he doesn’t even own a cell phone. Heartbreak seems likelier than an HEA for two people from such different worlds.

All You Need Is Love introduces a new series from Marie Force, and based on this beginning, I predict that it is going to be a smashing success. I fell in love with Will, the Abbott family, the country store, and Butler, Vermont, right along with Cameron. Will really is an irresistible hero—gorgeous, athletic, charming, and sensitive. And he loves his mom and his dogs and takes care of his kid brother. Cameron is smart, fiercely independent, and loyal with an openness and warmth that allow her to see the charms of a world very different from the one she knows best. There is also something a bit sad about her. Her privileged background didn’t shield her from the loneliness of growing up with no mother, no siblings, and a father who was rarely there. I not only liked these characters; I also believed in them and in Butler so strongly that I felt I could drive to Vermont and find them.

While Cameron and Will’s story is the heart of the novel, Force gives her readers enough information about the other Abbot siblings to know that each has a story.  I’m hoping that Force writes all of these stories. She has said that next up is I Want to Hold Your Hand (June 3, 2014), the story of the oldest Abbott daughter, Hannah, an Iraqi war widow, and Nolan, an old friend whose interest in Hannah is clear in the first book. That will be followed by I Saw Her Standing There, the story of Colton Abbott, a mountain man who lives primitively and runs the family's sugaring facility. That leaves seven more Abbotts plus their cousins and Cameron’s New York friends. This series could rival Robyn Carr’s Virgin River series in length. And, as with the Virgin River books, I’m ready to sign up for the duration of the series.

My only quibble, and it is a minor point, is that Will’s ex-girlfriend is “not good enough for him” because she chooses city life over him. Since I am barely willing to concede that Cameron is good enough for him, I’ll buy that the absent Lisa didn’t deserve Will, but I don’t think preferring city life to small-town life makes her morally inferior. I don’t think it’s unusual for college affairs to end because the people involved move in different directions. This is a hot-button issue for me, despite my abiding affection for small-town romances, but it is not enough to spoil my appreciation of these characters.

If you are a fan of small-town romances with a sweet and sexy love story that is also rich in family dynamics with a strong sense of place and a cast of characters who will linger in your memory and in your heart, I highly recommend this book.  If it’s not already on your have-read or to-be-read list, I suggest you add it today.