Review - - Watch Your Back


PJ here.  I'm delighted to welcome Manda Collins today, not in her role as a published author but as a book reviewer. Manda will be joining us from time to time to share her thoughts about books in one of her favorite romance sub-genres:  romantic suspense. Today, Manda is reviewing the newly-released Watch Your Back by Karen Rose. Welcome, Manda! 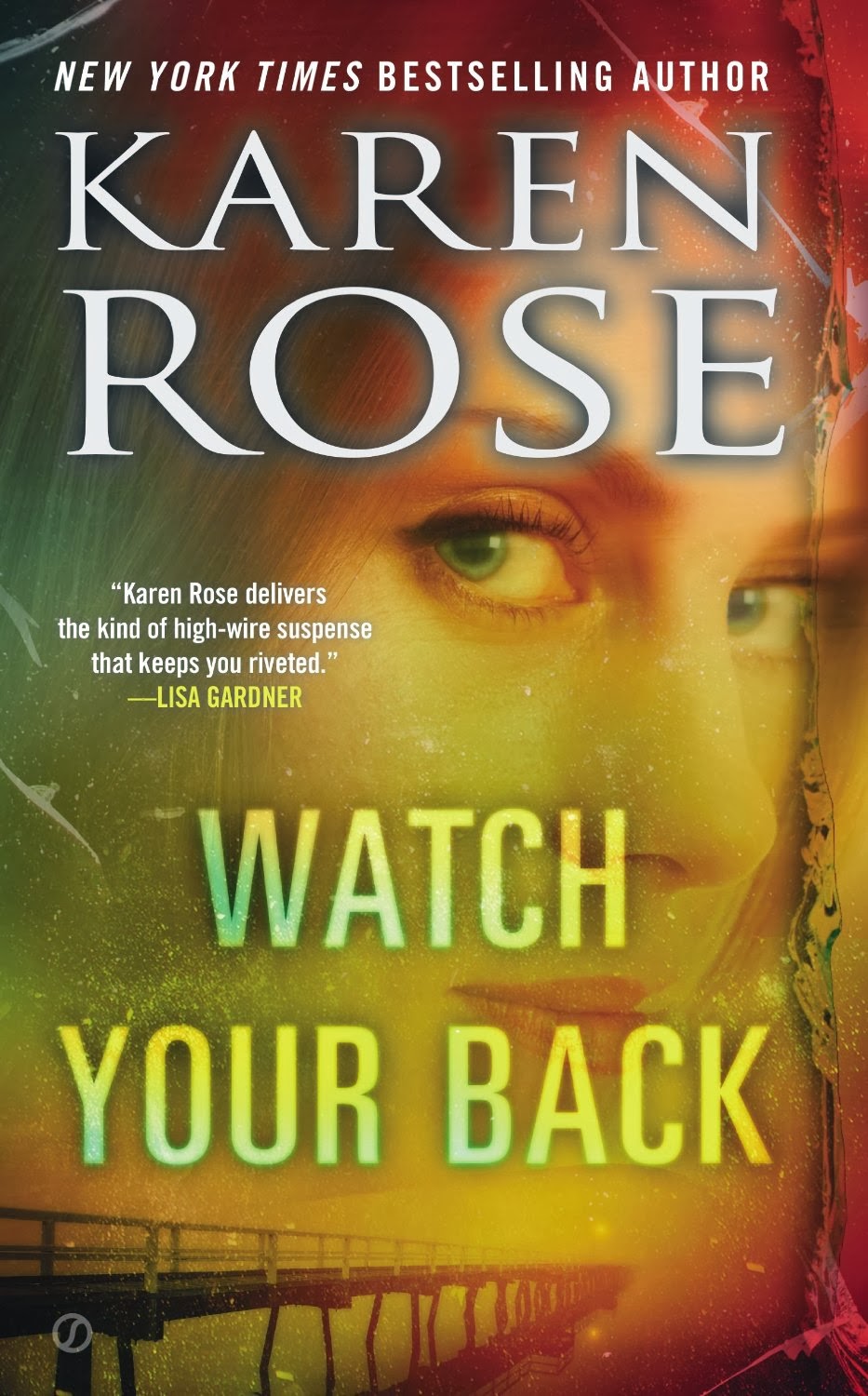 I've had mad love for Karen Rose ever since she happily autographed her entire backlist for me at a RWA conference some years back. It's rare that an author even gets her most recent book, let alone her entire backlist to sign at the RWA publisher signings—so her publisher must have known just how good she was!

But what really tipped me over the edge to fangirl was her writing, and her latest WATCH YOUR BACK is easily one of her best.

On medical leave from being shot in the previous book, Baltimore cop Stevie (Stefania) Mazzetti  has been going through her former partner's cases with a fine toothed comb in her down time, looking for anything untoward. You see, her former partner was in the pay of a very powerful man who paid to see to it that his enemies were punished while his friends got off scot free.  And Stevie wants to right the wrongs he committed, in part because she feels responsible for not having realized he was dirty.

But Stevie has more issues than just a gunshot wound to deal with. She's also still recovering emotionally from the seemingly random shooting deaths of her husband and small son some years ago. And that has left her terrified to fall in love again. So much so that when former Marine turned Private Investigator Clay Maynard tries to turn their sizzling attraction into a relationship she turns him down flat. But when a sniper takes a shot at her on the anniversary of her husband and son's deaths, then tries again later at her house, she'll have to deal with Clay's presence in her life whether she wants him there or not. He's in protective mode and it will take more than Stevie's protests to keep him from doing what needs to be done to keep her safe.

What follows is a twisting, turning tale of betrayal, sins of the past, and an arch villain who will stop at nothing to see to it that no one discovers he is the mastermind behind years of terror. As is her usual MO, Karen Rose has created a world in this Baltimore setting that seems so real you want to visit there. There are several threads of plot that carry over from the previous books in the series, and though I think it could be read as a standalone, to get the full effect it would be best to read those first.
One thing that is especially fun in any Karen Rose book is playing spot the walk-ons from other series and books. In this case, it's Stevie's friend and self-help guru, Emma , and her husband Christopher, who were the stars of Rose's novella "Dirty Secrets" from the anthology Hot Pursuit. And of course we get to see the couples from the previous books in the series, and various other secondary characters that populate her Baltimore world.

Overall, I think this is one of Rose's strongest books, and I hope this won't end her time in Baltimore. I've grown to love these people and their friendships and loves and I will be sorry if we don't get to see more relationships develop among them. But knowing Karen Rose, even if she does decide to move the main action of her books somewhere else, we'll see these characters again someday as walk-ons in someone else's romance.

Manda Collins writes smart, sexy historical romance laced with a touch of mystery.  Manda still lives in her native coastal Alabama where she works as an academic librarian at a small liberal arts college.  Her most recent book, Why Earls Fall in Love, the second in her Wicked Widows trilogy, was released by St. Martin's on January 28, 2014.  You can find more information about Manda and her books at her website and connect with her online at Facebook and Twitter.