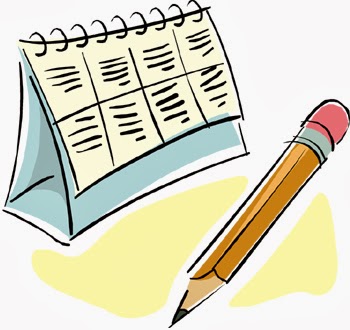 Well, it's time again to mark your calendars and Make Your Reservations for March! There are some great books coming out this month. Here are just a few of the ones we are anticipating. Are any of these books on your list? If so, which ones? If not, which books are on your list? 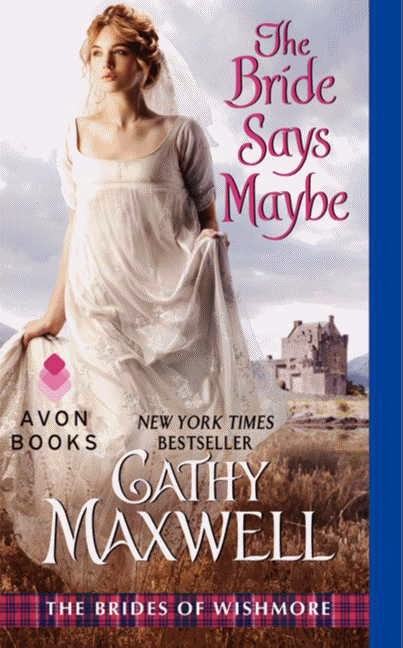 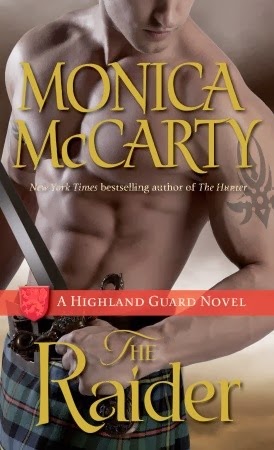 After consolidating his gains against the enemy English, King Robert the Bruce of Scotland sends his best soldiers to fortify the lawless borders. These legendary warriors of the Highland Guard let nothing come before king and country—except the calling of their heart.

Of all Bruce’s elite warriors, Robert “Raider” Boyd is the most formidable. A true patriot whose bare hands are a deadly weapon, Robbie is the fierce enforcer of the Guard, and his hatred of the English has been honed to a razor-sharp edge. But vengeance proves bittersweet when his enemy’s beautiful sister falls into his hands and he finds himself fighting temptation—a battle he badly wants to lose.

Lady Rosalin Clifford barely recognizes the rebel prisoner she saved from execution six years ago. Though her girlish ideals for fairness have matured into a passion for justice, Rosalin believes she betrayed her brother when she helped this dangerous man escape.  Now her traitorous act has come back to haunt her. But she can’t deny the longing this tormented warrior ignites in her, or deny the passion that turns sworn enemies into lovers. Is the gentle love of a true English Rose enough to free Scotland’s most brutal warrior from a path of vengeance—before it’s too late? With its breathtaking vistas and down-to-earth people, Thunder Point is the perfect place for FBI agent Laine Carrington to recuperate from a gunshot wound and contemplate her future. The locals embraced Laine as one of their own after she risked her life to save a young girl from a dangerous cult. Knowing her wounds go beyond the physical, Laine hopes she'll fit in for a while and find her true self in a town that feels safe. She may even learn to open her heart to others, something an undercover agent has little time to indulge.

Eric Gentry is also new to Thunder Point. Although he's a man with a dark past, he's determined to put down roots and get to know the daughter he only recently discovered. When Laine and Eric meet, their attraction is obvious to everyone. But while the law enforcement agent and the reformed criminal want to make things work, their differences may run too deep…unless they take a chance on each other and find that deep and mysterious bond that belongs to those who choose love over fear.

The Trouble with Honor 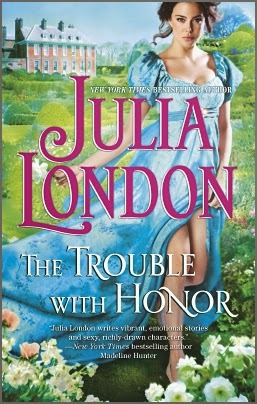 Desperate times call for daring measures as Honor Cabot, the eldest stepdaughter of the wealthy Earl of Beckington, awaits her family's ruin. Upon the earl's death she and her sisters stand to lose the luxury of their grand home—and their place on the pedestal of society—to their stepbrother and his social-climbing fiancée. Forced to act quickly, Honor makes a devil's bargain with the only rogue in London who can seduce her stepbrother's fiancée out of the Cabots' lives for good.

An illegitimate son of a duke, George Easton was born of scandal and grows his fortune through dangerous risks. But now he and Honor are dabbling in a perilous dance of seduction that puts her reputation and his jaded heart on the line. And as unexpected desire threatens to change the rules of their secret game, the stakes may become too high even for a notorious gambler and a determined, free-spirited debutante to handle. 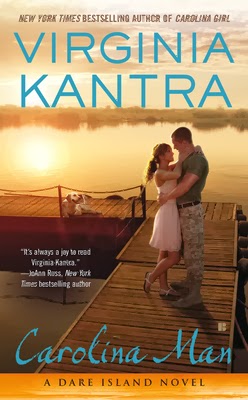 Marine Luke Fletcher is determined to do his duty—first to his country and now to his ten-year-old daughter, the unexpected legacy of a high school girlfriend. But his homecoming to Dare Island in North Carolina's Outer Banks challenges his plans for the future and forces him to face everything that's missing in his life. He wasn't prepared to lose his heart to this child he never knew. Or to fall hard for coolly reserved small town lawyer Kate Dolan.

Former military brat Kate knows Marines can make lousy fathers...and she's got the scars to prove it. Giving her heart to a man who's bent on leaving seems one sure way to have it broken.

Now, no matter what it takes, Luke must prove to Kate and to his daughter that Semper Fi is more than a motto—and to himself that there’s more than one way to be a hero. 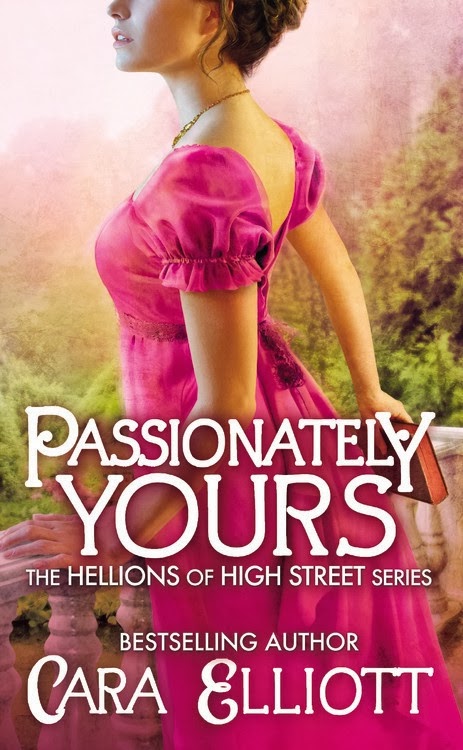 Proper young ladies of the ton-especially ones who have very small dowries-are not encouraged to have an interest in intellectual pursuits. Indeed, the only thing they are encouraged to pursue is an eligible bachelor.

Preferably one with both a title and a fortune.

So, the headstrong, opinionated Sloane sisters must keep their passions a secret.

Ah, but secret passions are wont to lead a lady into trouble . . . 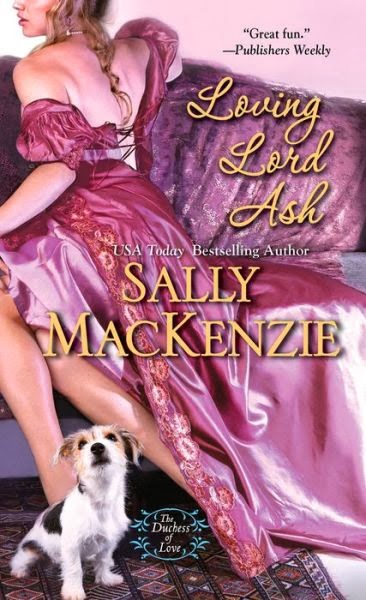 Kit, the Marquis of Ashton, is in a sticky wicket. He married young and for love--how naïve. He discovered his mistake the very day of his wedding, but he is saddled now with a wife he's reluctant to trust. And however much evidence he gathers against faithless Jess, he can't seem to prove her guilt to the final judge--his foolish heart.

Jessica knows she's bobbled her marriage, however innocently. A fairy-tale wedding makes no difference if she hasn't got the marquis charmed to show for it. Well, she's had enough of accidental encounters with naked gentlemen and near misses explaining things to her husband. It's time to buck up and go win her man back--even if she has to fight very dirty indeed. 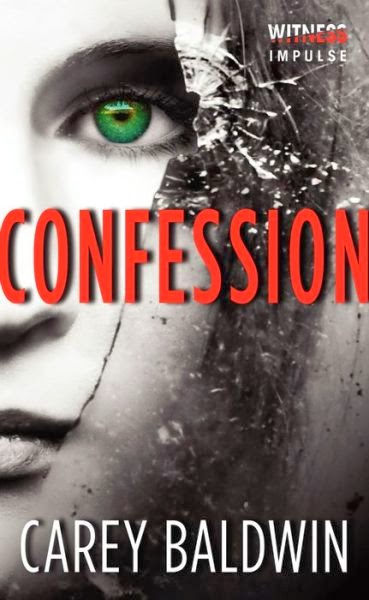 They say the Santa Fe Saint comes to save your soul—by taking your life.

Newly minted psychiatrist Faith Clancy gets the shock of her life when her first patient confesses to the grisly Saint murders. By law Faith's compelled to notify the authorities, but is her patient really the Saint? Or will she contribute to more death by turning the wrong man over to the police?

Faith is going to need all her wits and the help of a powerful adversary, Luke Jericho, if she's to unravel the truth. But she doesn't realize she's about to become an unwitting pawn in a serial killer's diabolical game. For once he's finished with Faith, she'll become his next victim. 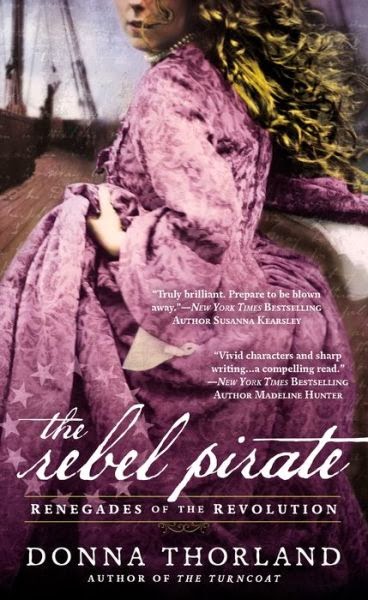 1775, Boston Harbor. James Sparhawk, Master and Commander in the British Navy, knows trouble when he sees it. The ship he’s boarded is carrying ammunition and gold into a country on the knife’s edge of war. Sparhawk’s duty is clear: confiscate the cargo, impound the vessel and seize the crew. But when one of the ship’s boys turns out to be a lovely girl, with a loaded pistol and dead-shot aim, Sparhawk finds himself held hostage aboard a Rebel privateer.

Sarah Ward never set out to break the law. Before Boston became a powder keg, she was poised to escape the stigma of being a notorious pirate’s daughter by wedding Micah Wild, one of Salem’s most successful merchants. Then a Patriot mob destroyed her fortune and Wild played her false by marrying her best friend and smuggling a chest of Rebel gold aboard her family’s ship.

Now branded a pirate herself, Sarah will do what she must to secure her family’s safety and her own future. Even if that means taking part in the cat and mouse game unfolding in Boston Harbor, the desperate naval fight between British and Rebel forces for the materiel of war—and pitting herself against James Sparhawk, the one man she cannot resist. 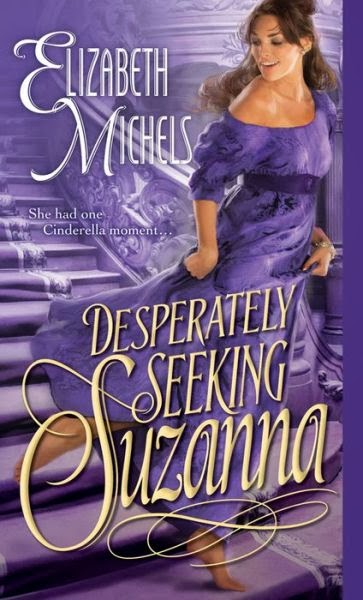 Sue Green just wanted one night to be the pretty one. But a few glasses of champagne and one wild disguise later, she's in some serious trouble. Who knew the devastatingly handsome face of Lord Holden Ellis would get in the way of her foot? And how exactly did all that high-kick dancing start in the first place? At least she blamed it on her new persona—Suzanna—so Society's most eligible bachelor will never find out the truth.

All Holden wants is the truth. Who was that vixen who seduced him so thoroughly, then disappeared? The only one who seems to have any answers about Suzanna is Miss Sue Green. She's promised to help him find his mystery woman, but she's not being all that helpful. And the more time Holden spends with Sue—witty, pretty, and disarmingly honest—the more he realizes he may have found exactly what he's been looking for all along...