I finished reading these books but haven’t had a chance to commit a review to the page; however, I want to get my opinions out there because…gosh, everyone wants my opinion, right? Never mind. ;-) 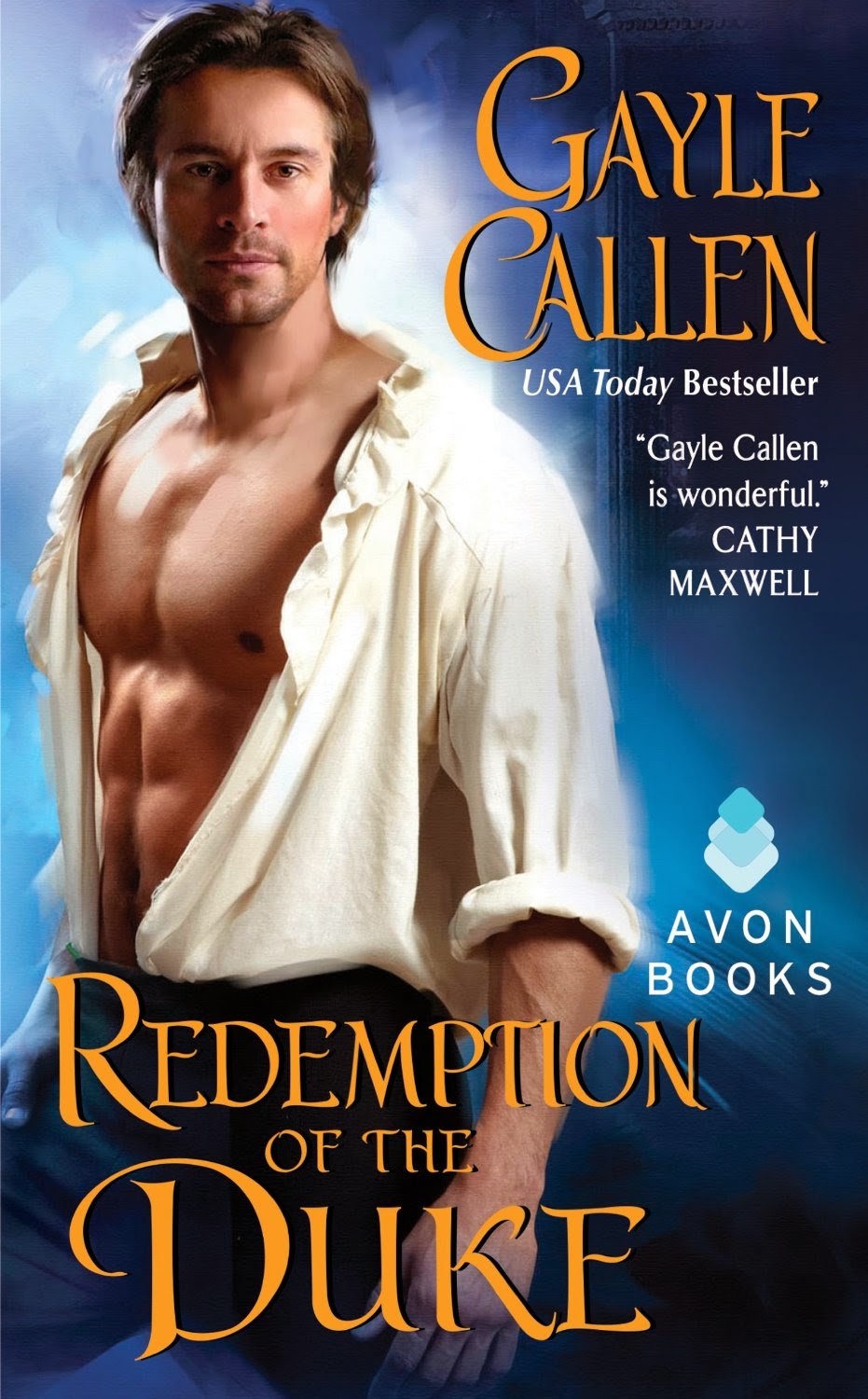 First up, Gayle Callen’s REDEMPTION OF THE DUKE, the third in the trilogy about redemption. I read SURRENDER TO THE EARL (the second in the series) and enjoyed it immensely; however, this story in and of itself was a bit “meh”. Two of the three reasons aren’t remotely the author’s fault—but more of the timing of when I read the book. 1.) So many dukes—it gets a little exhausting reading about them, but yes, I understand, they are popular; and 2.) the boss and servant/secretary trope is not my favorite, period, or possibly at all, mostly because of the power inequitably, especially considering a historical time period, so I have difficulties embracing a Happily Ever After for those kinds of couples. See? Neither of those things are remotely author-problematic. She cannot help that I read too much and have bad taste in tropes.

But the third reason I didn’t feel much above a “meh” for this story is that the hero was a sheep in wolf’s clothing, who basically donned the wolf clothing for a short time, and everyone keeps calling a wolf and treating like a leper with bad breath. Adam is quite, quite likable. He’s lovely. He’s heroic. He doesn’t even tell any of these people to knock it the hell off when they keep acting like he’s going to be a slut-puppy and ruin them all, as his brothers always said he would and as he seemed set out to do in the beginning, before he ever even entertained the thought of being a duke. And he totally could have told them to shut up—he was the duke, after all. Adam was never truly rakish to me; it was always something to put on to irritate his family but not because he actually enjoyed the role. Me, I like rakes who enjoy the role more and have to reform—their struggle is ever so much more interesting for me. A real redemption.  That part is a bit more personal preference again—but for me, it was a bit of character development and plot reveal that could have been amped up a little more. The good people were a bit too good; the bad people were a bit too bad (two-dimensional).

Three stars from me. It’s readable, it’s lovely, and the hero is very Chris Evans Captain America clean-cut sweet and tolerant, but the story took me longer to read because it was much easier for me to put down. If you read the others in the series, it does finish up the trilogy nicely; and if you like dukes or boss-employee tropes, this may be much more your thing. 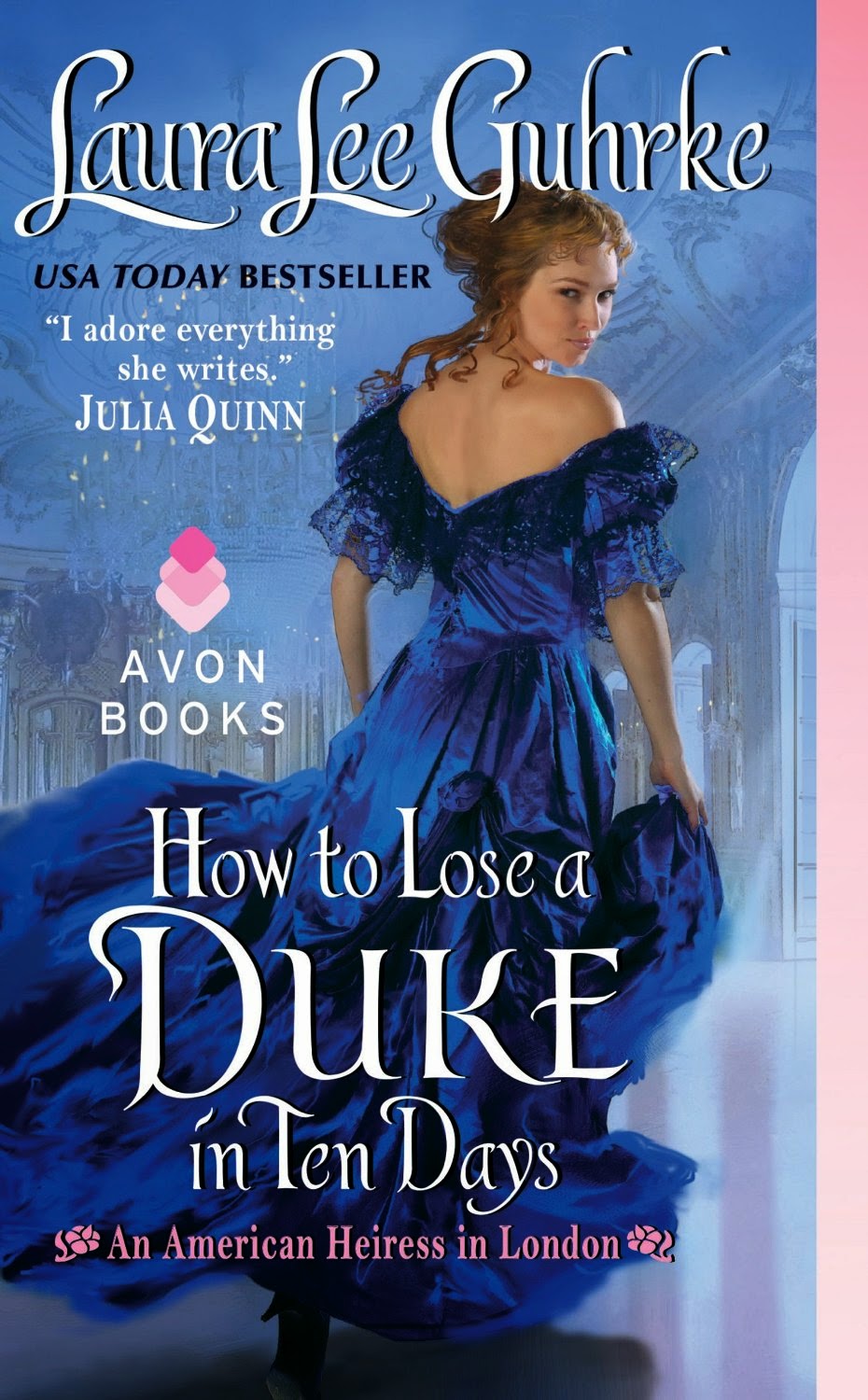 Second up, Laura Lee Guhrke’s HOW TO LOSE A DUKE IN TEN DAYS was just spectacular. I’d be willing to go back in time to read it again the first time it was so delicious. It was so lovely, I even hunted out the first book with Belinda (the matchmaker) just to get her story—and I loved that just as much! Just lovely and well done.


You’ll notice this one does include a duke, but I pushed that aside and was rewarded for my open-mindedness when the first chapter ended with the hero realizing someone was digging his grave. Seriously, how could you not continue reading after that? Then the duke comes home—the grave does turn out to be unnecessary—and there’s this lovely, sweet, delicately handled story between a man and wife, marriage of convenience, where the wife had been in a place of abuse (prior to marrying the husband). Edie’s challenge of overcoming her past and learning to trust Margrave is just heartbreaking and heart-healing. Oh, and the kid sister Joanna, is a complete story stealer. She steals every single scene she is in; and I would love to read a story with her as the heroine. Yes, dear Reader, I cried while reading this story, but it was worth every tear. Well done, Ms. Guhrke! Five stars!

Hellie Sinclair (a.k.a. Fran) was one of the founding members of the Romance Writer's Revenge, where she frequently got to satisfy her love of good books and her need to expound by writing reviews. Hellie loves to craft on projects she rarely finishes, watch British dramas as a sort of Olympic marathon event, and do most anything that fits the description "indolent and pleasurable." Fortunately reading falls into that category. You can find her at her blog, where she writes the occasional review...and shares updates on her never-ending projects.  Connect with Hellie on Facebook.