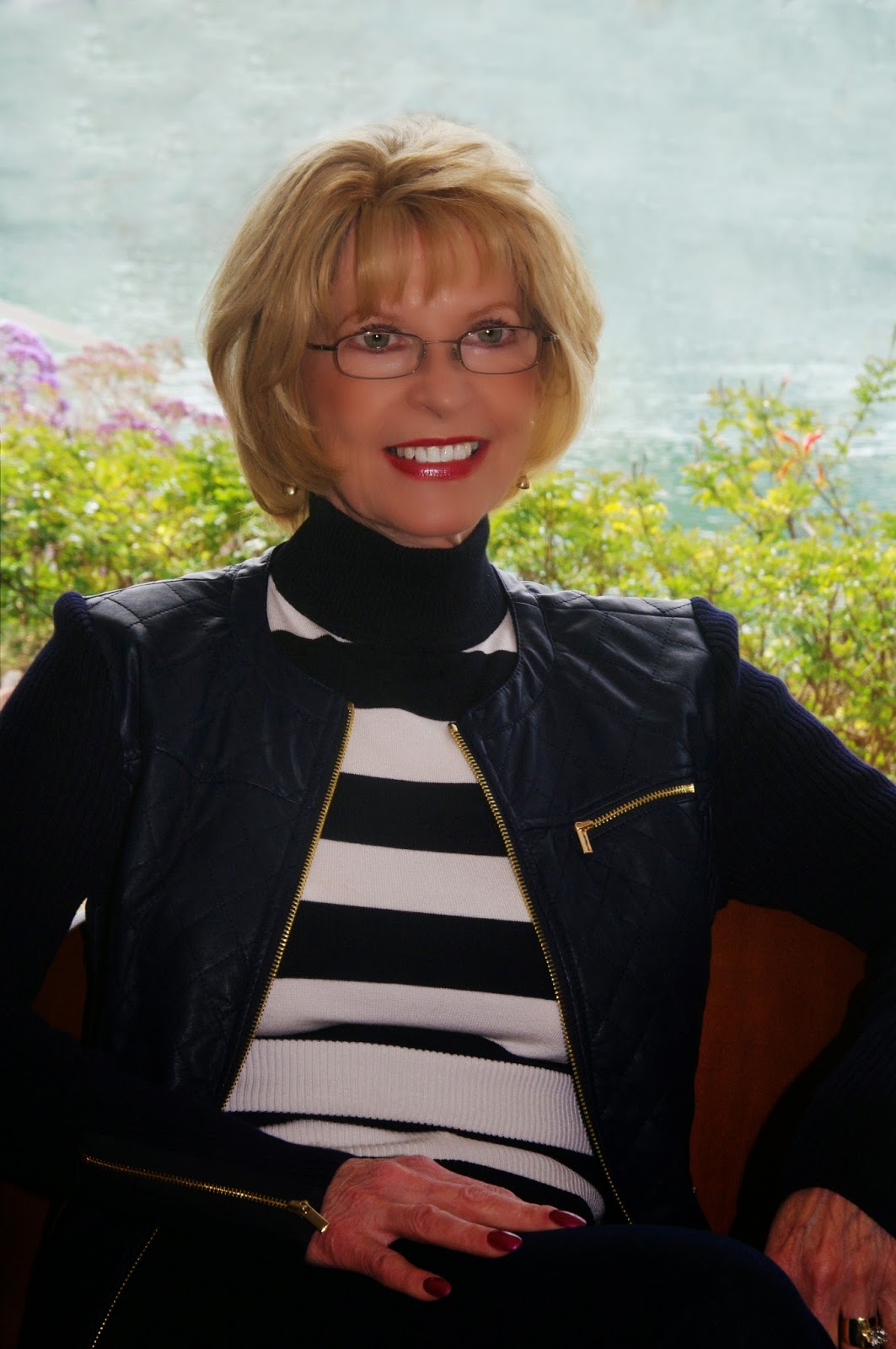 For New York Times bestselling author Kat Martin, a career in real estate led her down the road to romance.

A short time after the two became acquainted, Larry asked her to read an unpublished manuscript of an historical western he'd written. Kat fell in love with both the book and the author!

"It was quite a romantic story," she admits. "I'd still like to see it get published." Then, after doing some editing for her future husband, she thought she'd try her own hand at writing.

When she's not writing, Kat also enjoys skiing and traveling, particularly to . Currently, she's busy writing her next book.

We're happy to welcome Kat back to The Romance Dish!

I can’t speak for other authors, but after sixty books, including AGAINST THE WILD, being released May 27th, I’m always trying to come up with new story concepts.  Which is the reason, when I get an opportunity to travel, I jump right in.

Usually, however, I prefer a luxury hotel to the tiny quarters of a pick-up camper.  Still, when my husband--always up for an outdoor adventure--wanted to go for a month-long road trip to , I said yes.  (This year one of my resolutions is to say yes more often).

We took the entire month of August for our journey with two other camper-couples-- is a really big , the first of which resulted in the novel, MIDNIGHT SUN, a Romantic Suspense, first of the Sinclair sister’s trilogy.  I’ve been in love with ever since.
place.  And it was amazing, magnificent vistas that stretch for hundreds of miles, dangerous wild animals, rugged mountains and rushing streams.  It was the second trip for us into the far

Having just moved to Kensington Publishing, I began to think might make the perfect setting for the three books I’d been wanting to write about the Brodie brothers, rugged, outdoor hunks, and the women who win their hearts.
The idea first came to me as I wrote Ty Brodie’s story, AGAINST THE MARK.  When Ty’s cousin, Dylan, appeared straight out of the wilds of , I knew he had to have a story of his own.

Dylan is the owner of a remote fishing lodge built in the thirties, a big, rambling structure along the .  His dream is to remodel the old lodge and give guests a taste of , but he needs help with the interior.  Dylan knows exactly the lady he wants to hire.

Lane Bishop is a successful interior designer, a woman Dylan met when he traveled to to buy a plane.  Lane has a secret yen to experience the wild beauty of , and Dylan’s offer is too tempting to resist.  Add to that, she wants to explore the attraction she felt for Dylan when she met him in

Trouble begins when she arrives at and discovers that as beautiful the old lodge is, there is something eerie about it.  Dylan isn’t happy when Lane turns up legends of murder and rumors of hauntings.
Are ghosts real?  Or has trouble followed Lane all the way to ?

I hope you all get a chance to go on an adventure like mine in the ruggedly beautiful .  And that you’ll watch for Dylan Brodie in AGAINST THE WILD, followed by his brothers’ stories, Nick, in AGAINST THE SKY, and Rafe, in AGAINST THE TIDE.  Till then, all best wishes and happy reading.

It’s been three years since Lane Bishop tragically lost her fiancé, and she’s finally ready to risk her heart on someone else. The hot look in Dylan Brodie’s eyes says he’s going to be that man.

But when Lane flies to the remote 1930’s fishing lodge to help him renovate, she discovers a little girl who won’t speak, eerie legends and strange sounds in the night. And when she investigates the history of the lodge, she uncovers a legacy of injustice and murder.

As danger stalks his daughter and the woman he is coming to love, Dylan must risk everything to uncover the shocking truth.
Posted by pjpuppymom at 12:00 AM

Email ThisBlogThis!Share to TwitterShare to FacebookShare to Pinterest
Labels: Against the Wild, Kat Martin