Review - - A Reason to Love

A Reason to Love
By Alexis Morgan
Publisher: Signet
Release Date: May 6, 2014 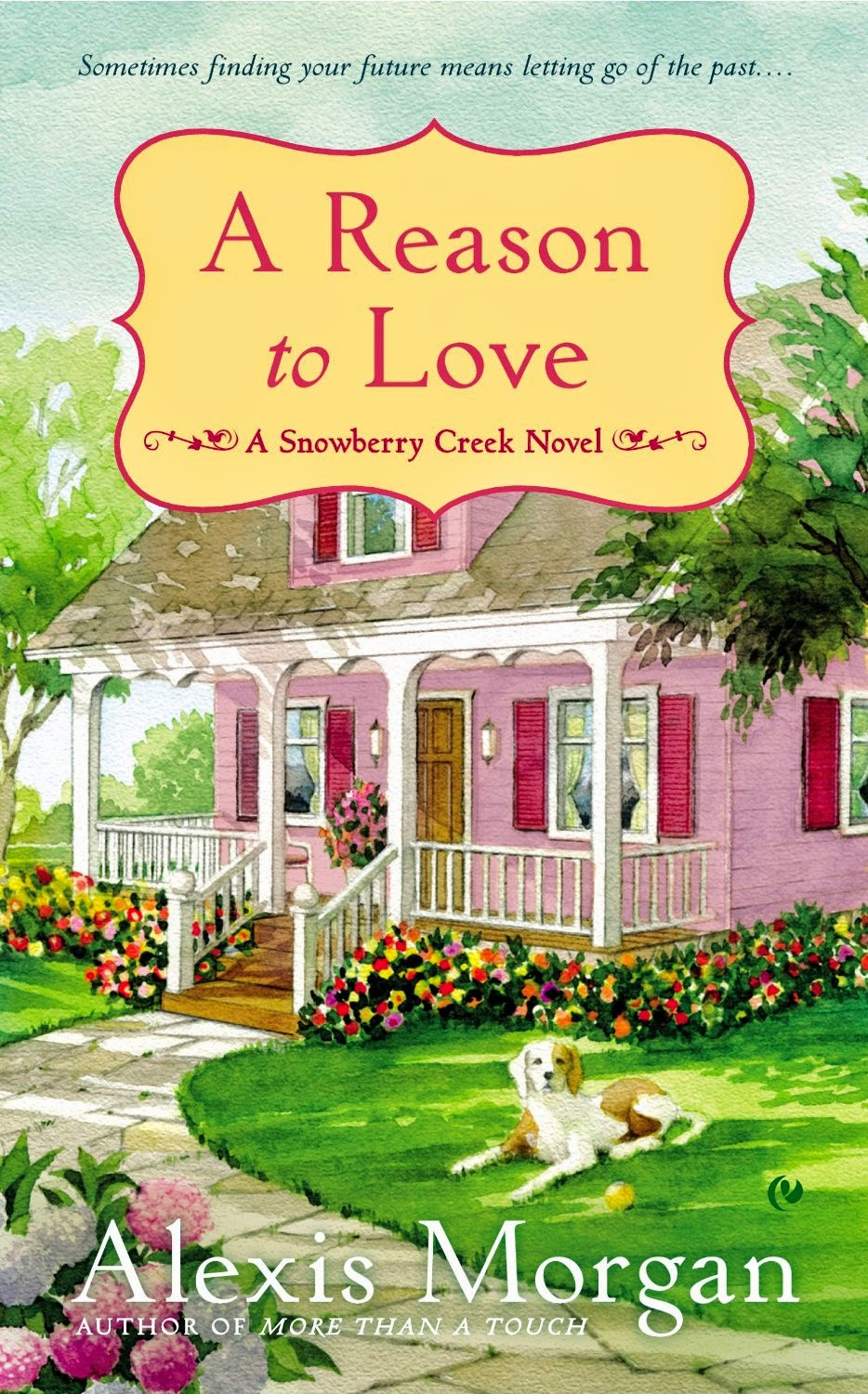 Corporal Spencer Lang is the dead hero mourned and celebrated in the first two books of Alexis Morgan’s Snowberry Creek series, A Time for Home (Nick Jenkins and Callie Redding’s story) and More Than a Touch (Leif Brevik and Zoe Phillips’s story). In this third book in the series, Spencer, very much alive, takes center stage, and he is filled with rage and an overwhelming sense of betrayal.

When only Spence’s dog tags were found after the explosion in Afghanistan that left his two best buddies wounded, he was presumed killed in action. Instead, he was captured by the insurgents. Only his uncle, a miserable excuse for a human being but his official next-of-kin, was notified of Spence’s survival, and he didn’t bother to share the news. His uncle also couldn’t wait to hit Spence with the news that Nick Jenkins, Spence’s former sergeant and best buddy is engaged to Callie Redding, Spence’s long-time best friend and the woman he expected to marry. Not only have Nick and Leif gone on with their lives without Spence, but it feels to Spence as if they, Nick particularly, have stolen his life.

Spence arrives in his hometown on Nick and Callie’s wedding day with none of his friends in Snowberry Creek aware that he is alive. When he visits his parents’ graves, he finds his own tombstone. He is still reeling from that experience when he is seen by Melanie Wolfe, a high school classmate of Spence’s—and a close friend of Callie’s—who is in the cemetery checking on her father’s tombstone. Melanie is shocked when she realizes that the soldier she thought was a friend of Nick’s in town for the wedding is actually Spence Lang. She keeps an anxious eye on Spence at the wedding and follows him when he roars off on his Harley after bidding Callie goodbye and accusing Nick of a heinous act of theft.

Melanie offers Spence company while he drinks himself blind and a place to sleep off the bender. Eventually, she also offers him a place to live and a job while he decides what he’s going to do with the rest of his life now that his dreams of an Army career and of marrying Callie have ended. Melanie had a typical good-girl-on-bad-boy crush on Spence in high school, but she finds him even more attractive now. Spence is grateful for Melanie’s friendship and uncomfortably aware of her curvy body and fiery red curls, but he still sees her as the proper daughter of an elite family who deserves much more than the man Spence has become.

Melanie has problems of her own. Her father left the family business on the verge of disaster. Melanie is doing her best to save it because she cares about the employees, because it is her family heritage, and because it’s a chance to prove herself to her father who thought she was a helpless girl, but she is handicapped by a lack of knowledge and a lack of funds. It is not the right time for her to get involved with the deeply wounded Spence.

Whatever their rational minds tell them, their hearts and their bodies know that Spence and Melanie belong together. They promise one another that what’s between them is just for the moment, with no regrets on either side when it comes to an inevitable end. But Melanie is a woman with a happily-ever-after longing, and Spence is a man who no longer believes in roots or forevers. Melanie understands what loving without conditions means. It takes Spence longer to see himself as capable of giving and receiving love on that level.

The second chance theme that has permeated this series reaches its richest, most emotional exploration in Spence and Melanie’s story. Spence and Melanie help one another through some difficult times, but they don’t save one another so much as help one another to grow strong enough that each is able to save himself/herself. Melanie wants to be with him, but Spence knows that he has to confront his past alone. Spence does his best to save Melanie’s business, but she knows she has to make the choices that are tied to her past and her future. I loved these characters with their vulnerabilities, their growth, and their well-earned HEA.

This book can be read as a standalone, although reactions to secondary characters will likely be more sympathetic for readers who read the two earlier books. If you like stories that focus on wounded heroes, affirm the healing power of love, and celebrate the joy that can be found when second chances offer happiness more abundant and lasting than lost dreams, I recommend A Reason to Love.

The three wounded heroes that Morgan introduced in the novella “A Soldier’s Heart” have all found healing, hope, and their heart’s home now, but there is still a certain sexy cop in Snowberry Creek with a story to tell. I hope Alexis Morgan will take readers along for at least one more visit.