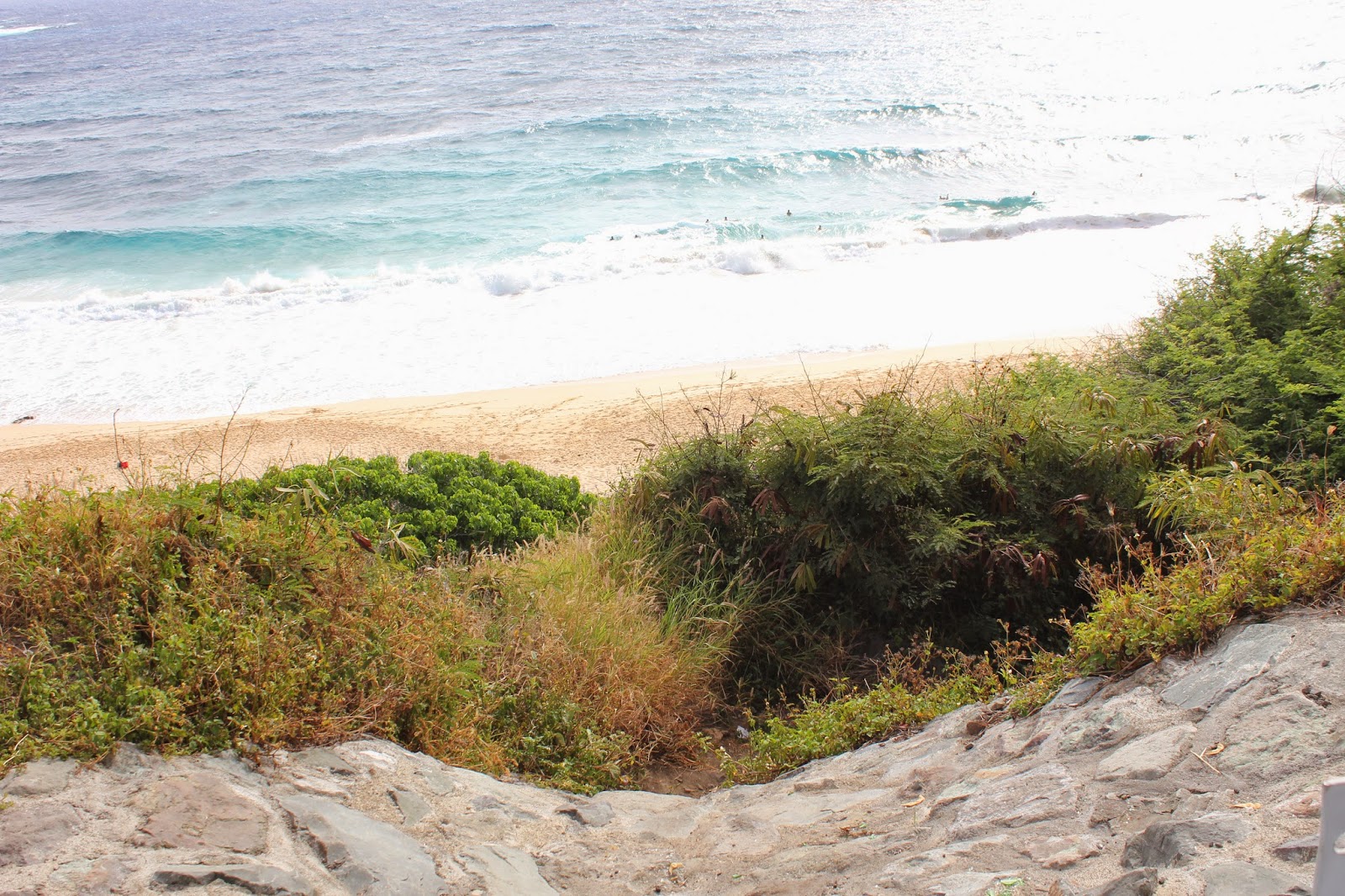 PJ here!  As I write this, my skin is gently caressed by sweet ocean breezes, my ears are serenaded by the music of waves lapping at the shore and my toes wiggle happily in warm sand. I'm in my happy place and all I need to complete the picture is a beach bag filled with good books.  Luckily for me, that's exactly what I have!  As I prepare to immerse myself in the first of many good stories I plan to read this week, let me share with all of you some recently read books that I recommend for your summer reading list.

ALL I WANT IS YOU
A Coral Cove Novel
By Toni Blake
Publisher:  Avon
Release Date: May 27, 2014


After losing her parents in a devastating house fire, Christy Knight is starting over with nothing - no insurance money, no childhood memories, barely enough income to make it from paycheck to paycheck and her dream of supporting herself with her jewelry designs seemingly out of reach.  But she's hanging on until she learns her beloved grandfather is about to be kicked out of his nursing home in Coral Cove, Florida for lack of money to pay their high fees.  He's her only remaining relative and she's not about to let him go down without a fight. Her roomie suggests Christy find herself a rich husband to solve all her problems. Unfortunately for Christy, none of her rich dates measure up to Jack DuVall, her sexy handyman neighbor, a man with the potential to fulfill all her needs except one: money.  Jack's had his heart broken by a woman in search of a rich husband before and isn't about to go down that road again.  He initially pegs Christy as a gold digger and even though he changes his mind as he gradually gets to know her he still protects his heart by letting her think he's a low-income handyman.  A road trip from Ohio to Coral Cove to visit Christy's grandfather changes everything and teaches both Christy and Jack what's really important in life.  But just as they begin to trust in each other and what they have between them, Jack's secret comes to light and that betrayal of trust threatens to tear them apart.  Forever.

This first book in Toni Blake's new Coral Cove series is a winner.  She's created a lovely, laid-back beach town in Coral Cove that I want to visit and has populated it with quirky, heartwarming characters that I want to meet.  Christy's Grandpa Charlie would be first on the list!  Full of wit and wisdom, Charlie is in his twilight years but very important to this story.  Blake gives Charlie his own story-within-a-story by reflecting on a time in his life when he chose to do the "responsible thing" over following his heart, a choice he has regretted his entire life and it's this life experience that enables him to help Christy with her own love vs responsibility struggles.  We also meet other characters who fill in the Coral Cove landscape and I hope will make more appearances in future books.  When you pick up this Toni Blake book you can expect realistic and fully developed characters, a richly told emotional journey and laughs, sighs and cheers along the way. Add this one to your summer beach bag.  You won't be sorry.

Movie star Bryan Manley is used to swarming paparazzi and swooning fans. Surprisingly, he's also used to dusting, sweeping and cleaning toilets.  The grandmother who raised him and his siblings saw to that so when he loses a bet with his sister that has him spending six weeks in his hometown as a Manley Maid for her cleaning service, he isn't worried about being able to do the job.  Then he meets the client, widow Beth Hamilton and her five children.  Suddenly, four weeks in the Hamilton household takes on a whole new meaning.

After the traumatizing media circus surrounding her late husband's headline-making death, the last thing over-worked and over-stressed Beth Hamilton and her children need is any kind of connection to handsome, sexy, media darling Bryan Manley.  But then the man arrives at her house in that ridiculous Manley Maids uniform and he's so gorgeous, so sexy, so nice.  And he cleans!  Four weeks with the actor who stars in the dreams of women world-wide.  What could go wrong?

I loved this book!  It's sweet, sexy, flirtatious and heartwarming.  My recipe for a no-fail summer read? Take one worn-out mom, one surly teen son, one teen daughter in the throes of puppy love, twin sons who rival an F5 tornado and an adorable little girl sure to win everyone's heart.  Toss in a sexy, charming, too-good-to-be-true movie star with the ability to send a woman's libido into orbit while corralling her children, cleaning her house and winning all of their hearts in the process. Relax.  Read.  Enjoy!

Johanna Lindsey's Malory family captured my heart in our first meeting which happened to be in the first book of the series.  There have been highs and lows over the course of eleven books and I admit to being a bit disappointed with the last few books but I'm happy to say that Stormy Persuasion has our love affair back on the right course.

While cousins Jacqueline "Jack" and Judith Malory, daughters of James and Tony, may have different life goals - marriage and motherhood for Judith while Jack yearns to sail the seas like her former pirate father - they've been best friends since the cradle.  So, of course, when the girls turn eighteen and Jack has to travel to America for her debut to satisfy a promise her father made to her mother's American brothers she isn't about to go without Judith beside her.  Setting sail in the company of their fathers, Jack's mother, an aunt and uncle and a newly discovered cousin, the girls look forward to fun and adventure before returning to England where Judith's mother is busy narrowing the field of Scottish marital prospects for her daughter. Neither girl has any idea that the trip will be life-changing in ways they could not possibly have foreseen.

Masquerading as a deck hand on the ship, Nathan Tremayne is actually a ship captain and smuggler carrying out a secret mission for the British government in exchange for a full pardon and the chance to reclaim his stolen ship. The last thing he needs is a pampered society miss mucking up the works but he can't seem to resist the lovely Judith and it appears the feeling is mutual.  Just when he begins to entertain ideas of a future with her though, an event aboard ship changes everything and leaves Nathan disappearing into the night and Judith heartbroken.  But fate isn't quite finished with this pair.  When Jack's life is put at risk, only Nathan has the means to rescue her but will he be able to put his pride aside and offer assistance?  And, more importantly, will Judith and her family be able to accept his assistance with the strings that are attached?

Stormy Persuasion is a fast-paced, high seas romance of the very best kind.  Fans of the Malory series will delight in seeing the girls all grown up and watching their former rakehell fathers deal with all the ramifications of having respectable - and not so respectable - gentlemen sniffing around their skirts.  Loved it!  For readers who have not read the series, not to worry.  This book stands well on it's own.  Though, after reading it, you will most likely start searching out the rest of the books in the series, especially Tony and James' stories (Tender Rebel #2 and Gentle Rogue #3).  My favorite couple, Amy (Malory) and Warren Anderson also make an appearance in this story.  Their book is The Magic of You, #4 in the series.

I do hope Lindsey is planning a book for Jack.  I can't wait to see what she does with her.  Whatever it is, it's sure to be fun.  She truly is her father's daughter!  :)


In 1893, the world descends upon the city by the lake for the World's Columbian Exhibition, otherwise known as the 1893 Chicago World's Fair. One of those working at the fair is Dr. Billy Jack Tate, a woman ahead of her time.  She loves the city, is dedicated to her profession and is working toward her goal of establishing her own successful medical practice.  Hunter Scott, a Texas Ranger, traditionalist and country boy through and through is one of the elite Columbian Guards hired for the duration of the fair.  He thrives on wide open spaces and can't wait to get back to Texas.  He also believes a woman should be a homemaker, not a wage earner. You know from the minute of their unconventional first meeting that these two are going to be fun!

When Hunter finds an abandoned baby and takes him to Billy Jack, the baby eventually leads them to the slums of Chicago's Nineteenth Ward and the mass of downtrodden children living there.  Determined to do something to brighten the lives of those children, they team up to build a playground, a decision that eventually spawns a playground movement that spreads across the country.  In the process of working together to help the children, Billy Jack and Hunter grow closer and eventually fall in love but in order to have a happy ending will one of them have to sacrifice their dream?

I grew up close to Chicago and was fascinated by family stories of ancestors who lived there.  In fact, my multi-great grandfather emigrated from Canada to Chicago to take a job building the "White City" that was the 1893 World's Fair so this story had special meaning for me.  As I read Gist's book, it was as if I was actually there, experiencing all that Billy Jack, Hunter and my ancestors had as they walked the grounds of the fair and ventured into the garbage-strewn, poverty-stricken areas of the city.  Gist's descriptions are spot-on and her characters realistic and true to the times, bringing 1893 Chicago vividly to life.  She does an excellent job of weaving real characters into the fabric of her story as well, to the point that it's difficult to differentiate between real and fictional.  They all seemed real to me.  The romance between Billy Jack and Hunter is sweet and emotional but not explicit. Again, Gist does a good job of keeping the heat factor (mild) true to the characters without sacrificing any of the emotion or sexual tension.  Readers may notice that this book is published by an inspirational imprint but I would not classify it as such. In fact, I believe it signals Gist's move from inspirational romance to more mainstream stories.

If you enjoy rich, historical Americana with a heartwarming romance then I suggest you tuck this book into your beach bag this summer.  In fact, I enjoyed it so much that I may just tuck it into mine and go back for a second visit!


Now it's your turn!  Tell me what books are on your beach bag list this summer.  Or tell me what book(s) you've read lately that I need to add to mine.  I'm cleaning out my bookshelves and have two boxes and three packages of books to give away today.  My apologies to our international readers but shipping costs require me to limit this giveaway to U.S. addresses only.