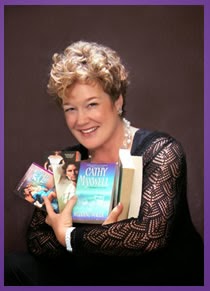 When New York Times bestselling author Cathy Maxwell joined us in April she shared her thoughts about the imperfect characters - specifically heroines - that readers love to hate. Cathy returns today with part two of that discussion: the creation of those imperfect heroines, what readers expect of their fictional heroines and whether authors are fulfilling those expectations.

So, without further delay, let me turn the blog over to Cathy. Take it away!

Last month, I talked about writing characters readers hate.  Or love to hate.  Or need to be redeemed before a reader likes him or her.  Take your pick. I promised I would write about the experience of writing that type of character, and here I am. 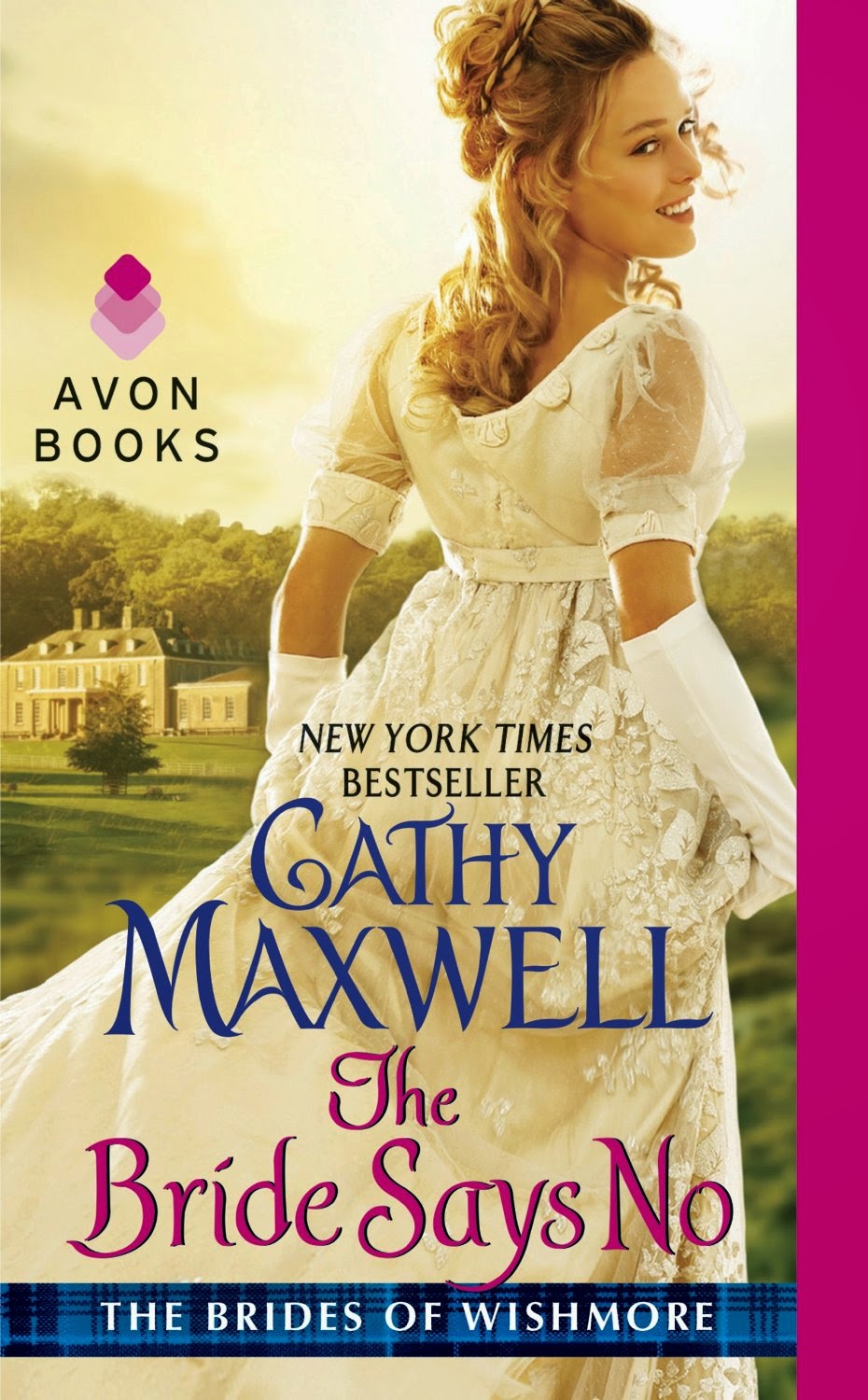 Background—In the first book of the “Brides of Wishmore” series, THE BRIDE SAYS NO, I introduced Lady Tara Davidson, a headstrong, young, immature woman who doesn’t know what she wants but has a deep sense it isn’t the marriage planned for her.

I thought she was sympathetic.  WRONG.  Columns were written about how much readers disliked her.  I think she reminded readers of that girl for whom life is too easy.  Opportunities land in her lap because of the arrangement of her face or the curves of her body.  I wrote her that way because her growth beyond being shallow was important to the conflict.

Fortunately, Tara’s story, THE BRIDE SAYS MAYBE, came out the following month.  If it had been six months later, who knows if anyone would have cared? Yes, I was nervous that readers might not be interested in Tara.  So was my publisher.

No worries. The book outsold the first one. It flew off the shelves. 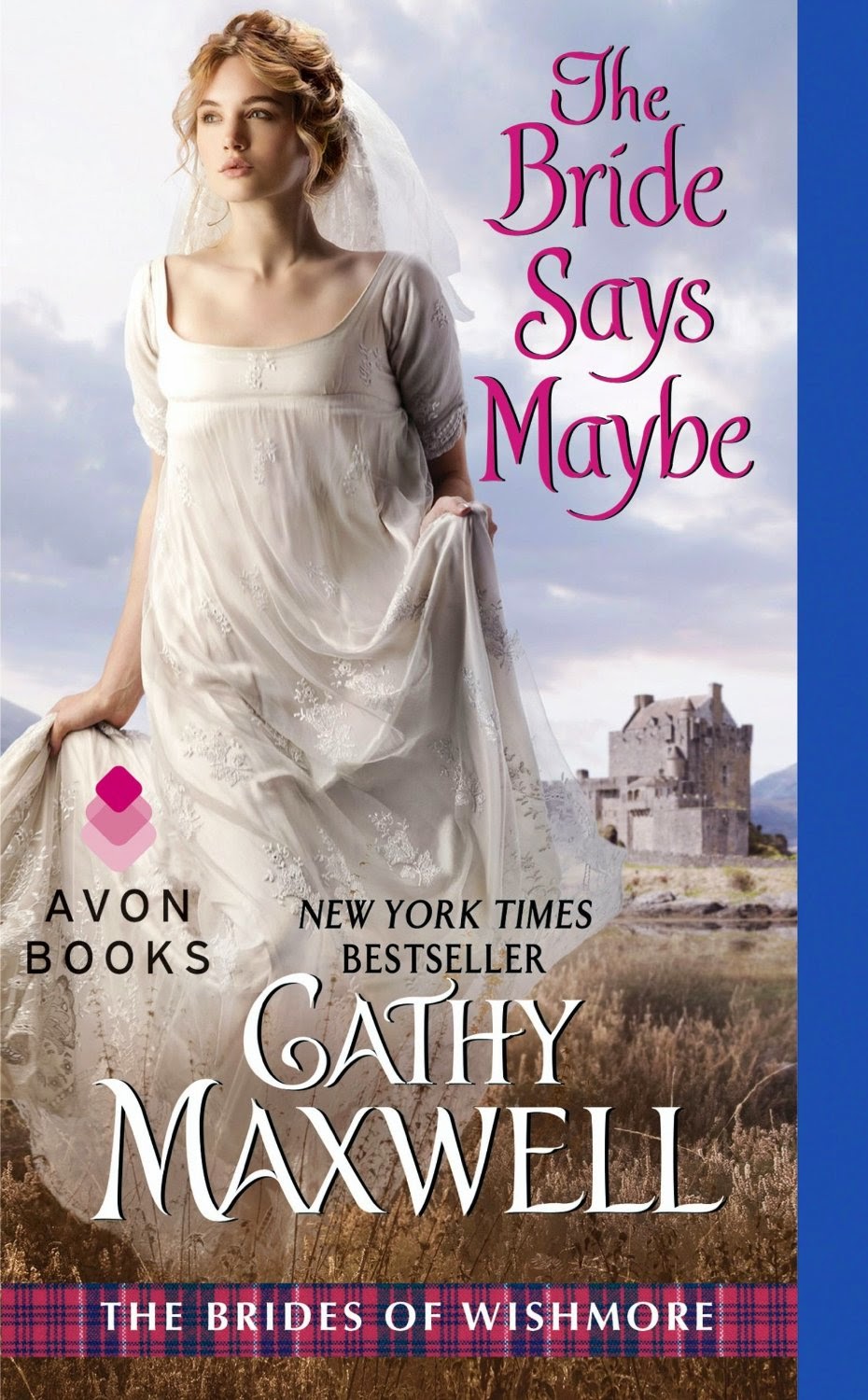 1     Readers are forgiving. They are also demanding. My loyal readers expected me to redeem Tara and in a manner they valued.  New readers were attracted to that wonderful cover and, from their comments, apparently like seeing a young woman, who deserves a comeuppance, receive it.  However, many readers who were with me on the first book were very clear in their emails that they trusted I’d get Tara’s act together. Part of the reason they read the second was to see if I could.  They also liked the “Beast of Aberfeldy.”  In this case, Breccan was definitely a saving grace.

I like character growth.  I’m not a fan of the perfect heroine, as a writer or a reader.  The perfect heroine makes for drab stories and in Romance we do fight the predictable.  The journey is what makes the tale.  Years ago, I heard Laura Kinsale ask, “When did Princess Diana become interesting?”  It wasn’t when she was doing what was expected.  However, there are limits and that leads me to my next point.

The reader has gotta be honored. I want to create full-bodied, fleshed out characters and it is possible, even dangerously probable, I can go too far for genre fiction.  There is a line.  I am not demeaning Romance with this statement. However, every commercial genre has strong reader expectations. In other words, there is a pact we writers have with those who plunk down hard-earned money on a book and woe to the writer who ignores it.   I got whopped when I wrote LYON’S BRIDE, the first book of the “Chattan Curse” series.  There was a strong reader reaction to the ending. However, over the span of the trilogy, I found readers were willing to go with me on the story.  In fact, these have been some of my best selling books.  I didn’t anticipate the reaction on the “Brides of Wishmore.” Again, it worked out very well for me, but I also understand I’m treading a line. I must mull over this a bit.

Was that a rant?  Maybe not.  The truth is, you read this blog because you are a fan of Romance.  You care.  That is why I can talk this way with you.

By the way, Romance readers are across-the-board readers.  They like good stories.  We will read anything—literary, mystery, science fiction, young adult—just give us a good story with wonderful characters.  However, Romance captures our imaginations.  A great Romance rings true deep in my soul.


And I am interested in what you think.  So how about it—can a writer push the genre boundaries too hard?  Are we not pushing hard enough?  What rings true in your reader soul?