Spotlight on Dana Marton and Broslin Bride (Gone and Done it)


Have you been reading Dana Marton's Broslin Creek romantic suspense series?  It only took one book to hook me on this small Pennsylvania town and it's fascinating inhabitants.  The newest addition to the series is Broslin Bride (Gone and Done it), 195 pages of humor, heart, suspense, romance and more twists and turns than a mountain road.  It's the fifth book in the Broslin Creek series but stands well on its own.

Fyi...the Broslin Bride epilogue contains a spoiler for Deathwatch, the first book in the series. You can download Deathwatch FREE at most sites. You can also read my review of Deathwatch here.

Looking for an entertaining story for a summer afternoon? Give Broslin Bride - or any of the Broslin Creek books - a try!  ~PJ 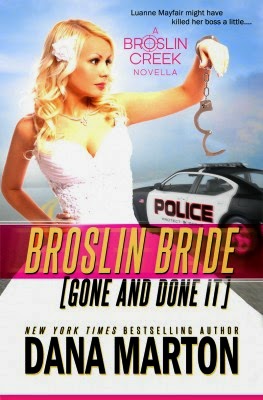 The worst time to be charged with murder is:

Check all the above for Luanne Mayfair.  If it wasn't for bad luck, she wouldn't have any luck at all.  Okay, maybe a little luck.  As it turns out, Detective Chase Merritt doesn't hold grudges.

He still looks at Luanne just as he did in high school, except he's grown some serious 'hot cop' muscles -- very distracting when Luanne is trying to avoid the very law Chase represents.

Is she the killer?  Is she being framed?  Is she the next victim?  As Chase and Luanne race to find some answers, danger and heat ratchet up in this fast-paced, romantic mystery that will stop your heart one second, then steal it in the next.

Luanne Mayfair might have killed her boss a little. Fine, a lot. Pretty much all the way. God, that sounded bad. But he was a sleazebag. Honest. The maids at the Mushroom Mile Motel that Earl Cosgrove managed often prayed for lightning to strike the lecherous bastard. Alas, God had seen fit to send Luanne instead.
Now you’ve gone and done it, she thought the morning after as she stood on the sidewalk in front of the fifties ranch home she rented in her hometown of Broslin, PA. She squinted against the early summer sun. Her red 1989 Mustang sitting by the curb had come from the used-car lot with its share of nicks and dents. But the damage to the front was new.
Gone and done it.
She’d done a horrible, terrible, despicable thing. Guilt and regret made her knees wobble. Whatever the punishment was, she deserved it.
Except, she couldn’t go to prison. She had her four-year-old twin sisters to take care of. She was Mia and Daisy’s sole guardian.
Luanne drew air in big, gulping breaths to wrestle down the shock and nausea. Get moving. One foot in front of the other. She couldn’t stand there and stare all morning. She had to find a way to get away with murder.


Readers, do you enjoy humor in your romances?

Do you like short books that you can read in one day?

Are you a fan of multi-book series?

Luanne is guardian of her four-year-old twin sisters.  How do you feel about children in the romances you read?

Dana is offering one randomly chosen person their choice of one of the following Broslin Creek e-books: Deathscape, Deathtrap or Deathblow.  To be entered, either like Dana's Facebook page or sign up for her newsletter and let us know in the comments which you have done. 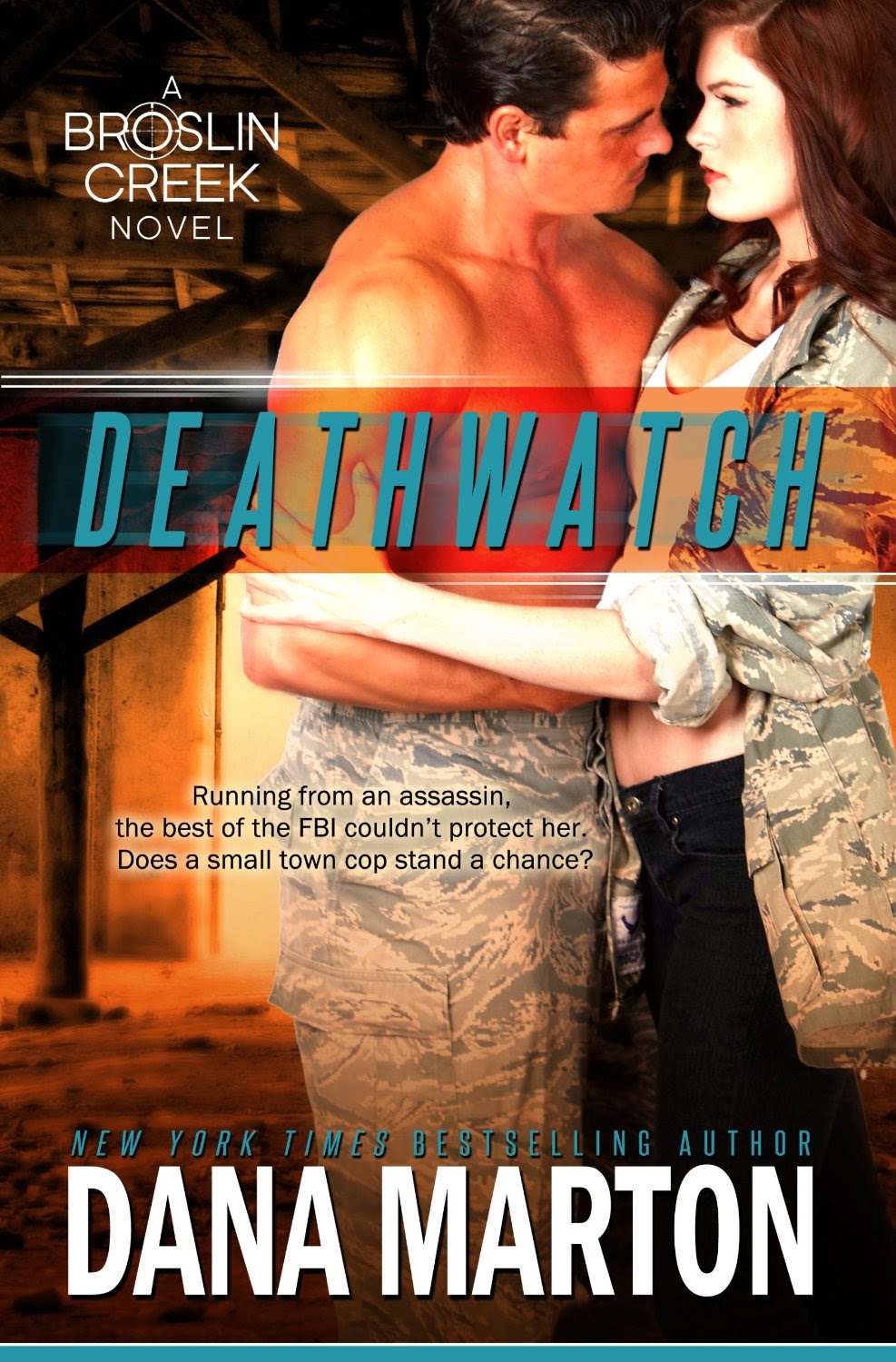 New York Times and USA Today bestselling author Dana Marton has thrilled and entertained millions of readers around the globe with her fast-paced stories about strong women and honorable men who fight side by side for justice and survival.

Kirkus Reviews calls her writing “compelling and honest.” RT Book Review Magazine said, “Marton knows what makes a hero…her characters are sure to become reader favorites.” Her writing has been acclaimed by critics, called, “gripping,” “intense and chilling,” “full of action,” “a thrilling adventure,” and wholeheartedly recommended to readers. Dana is the winner of the Daphne du Maurier Award of Excellence, the Readers’ Choice Award, and Best Intrigue, among other awards. Her book, TALL, DARK, AND LETHAL was nominated for the prestigious Rita Award. DEATHSCAPE reached the #1 spot on Amazon’s Romantic Suspense Bestseller list.

Dana has a Master’s degree in Writing Popular Fiction, and is continuously studying the art and craft of writing, attending several workshops, seminars and conferences each year. Her number one goal is to bring the best books she possibly can to her readers.

Keeping in touch with readers is Dana’s favorite part of being an author. Please connect with her via her web site (www.danamarton.com) or her Facebook page (www.facebook.com/danamarton).

Having lived around the world, Dana currently creates her compelling stories in a small and lovely little town in . The fictional town of her bestselling Broslin Creek series is based on her real life home where she fights her addictions to reading, garage sales, coffee and chocolate. If you know a good twelve-step program to help her with any of that, she’d be interested in hearing about it!