Review - - How to School Your Scandal

How to School Your Scandal
By Juliana Gray
Publisher: Berkley
Release Date: June 3, 2014 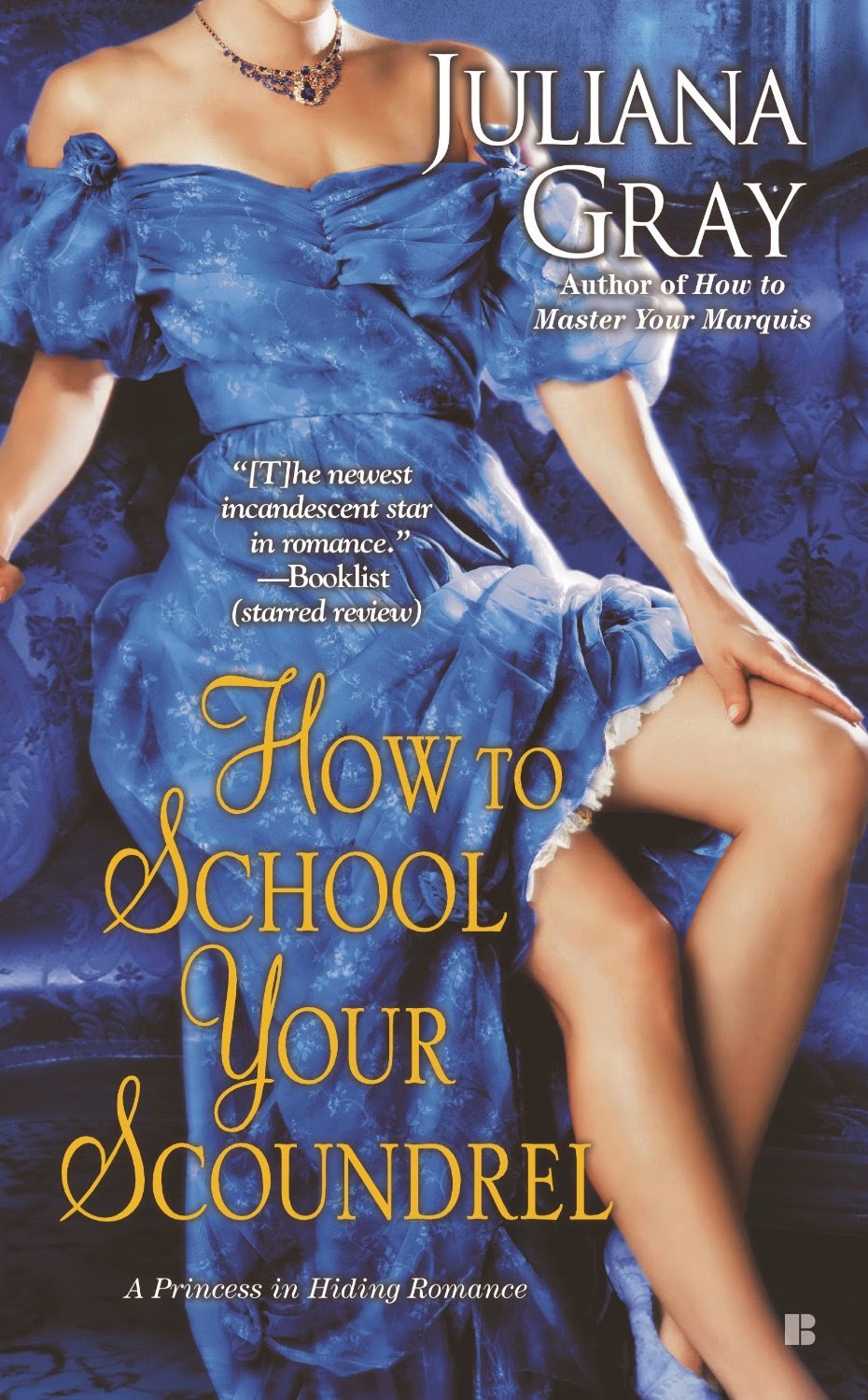 Luisa, the Crown Princess of Holstein-Schweinwald-Huhnhof, thanks to the machinations of her maternal uncle, the near-omniscient Duke of Olympia, enters the household of Leopold, Earl of Somerton disguised as Mr. Markham, new secretary to the earl. Luisa frets at the waiting game imposed on her by Olympia’s strategies. She worries about her younger sisters, and she yearns to see justice achieved for her assassinated father and husband. The crown she inherited and all its attendant responsibilities weigh no less heavily because she is unable to fulfill them. Despite these concerns, Luisa finds that the complex and commanding Somerton awakens her interest and stirs her compassion.

Somerton is a man who exercises power on multiple levels. His physical strength, his wealth and status, his intelligence, and his connections give him the means of controlling those around him, and he is ruthless in achieving his objectives. Unhappily married, he is convinced that his wife has been unfaithful, and he is obsessed with proving her adultery, unable to accept his investigators’ assurance of her innocence.  He is drawn to Markham in a way he cannot fully fathom, fascinated by his secretary’s combination of innocence, integrity, and refusal to be intimidated.

As the threat to Luisa grows dangerously close, Somerton’s personal situation is complicated by his wife’s disappearance with their son. Rescues and revelations abound before these two find their way to an HEA complete with an epilogue that gently mocks romance tradition while managing to be clever, funny, and tender at the same time.

How to School Your Scandal is the third book in Juliana Gray’s Princesses in Hiding series, and it is the best of an extraordinary series. Gray combines a handful of tropes (from anti-hero to chick-in-pants to wise, all-knowing manipulator to mutual salvation to redeemed hero) with shattered taboos and a generous mix of moods from bitterly dark to laughter-filled lightness to create a tale that is part adventure, part mystery, and wholly romance.

“Scoundrel” is one of those words that is used and misused with predictable regularity in romance titles, but Somerton is audacious, unscrupulous, and certainly villainous in the eyes of many. He deserves the title, as readers who recall him from A Gentleman Never Tells, the second book in Gray’s Affairs by Moonlight trilogy, will surely agree. His redemption is all the more remarkable because, although readers may view him more sympathetically as more of his history and motivations are revealed, he is far from a conventional romance hero for most of this book as well. But when he is transformed—ah, how satisfying it is! And the satisfaction is all the greater because he understands how and why he has changed, and the reader is allowed to share his illumination.

I’m a big fan of intelligent romance fiction, and that’s one more reason I’m a fan of Juliana Gray. Reading this novel I was reminded of one of my favorite poems, “Thirteen Ways of Looking at a Blackbird” by Wallace Stevens. Somerton gives me the feeling that he is a blackbird character who reveals something new from every perspective with something always to be discovered. This quality stands out all the more because Gray matches him with a heroine who is guileless. Louisa is far from simple, but she has an endearing simplicity, a perfect balance for Somerton.

From title to epilogue, I loved this book! And I loved Gray’s lyrical prose which has a luminous lucidity.  I highly recommend How to School Your Scandal.