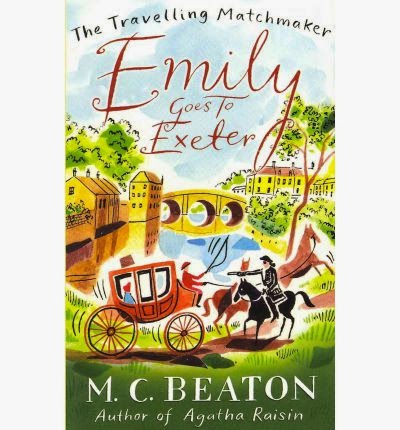 Today I'm going to talk about some wonderfully charming trad Regencies by British writer M.C. Beaton. M.C. Beaton these days is mainly famous for her Hamish Macbeth and Agatha Raisin cozy mysteries. I haven't read either series, although I loved the BBC version of Hamish Macbeth that was on TV some years ago now and featured a young and very charismatic Robert Carlyle in the title role.

It turns out that M.C. Beaton also had a long and illustrious career as Regency romance writer Marion Chesney. I know this because when I mention these books to diehard fans of the genre, they all start gushing. Anyway, as a result of M.C. Beaton's crime novel success, the Regencies are now freshly available to a whole new audience. 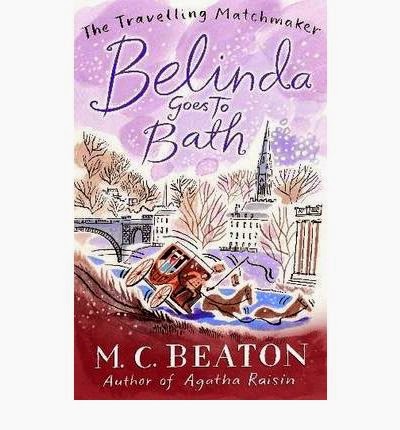 I like how I discovered these books. In April, my U.K. publisher Mills and Boon had a special on SEVEN NIGHTS IN A ROGUE'S BED and as a result, my book hit the top of a couple of Amazon lists (yay!). A book I'd never heard of called EMILY GOES TO EXETER (also on special) knocked me off my number one perch on the Regency list.

Out of curiosity, I ordered Emily. And found myself immediately enchanted. Honestly, if a book had to knock me down a peg or two, I don't mind if it's as good as this one. 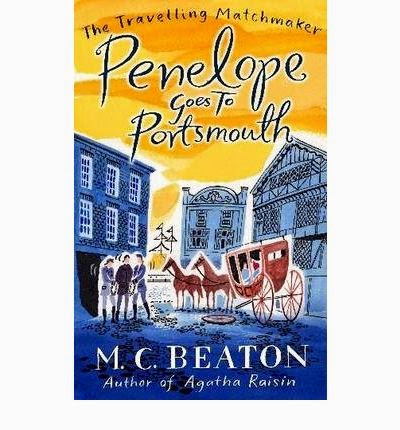 EMILY GOES TO EXETER introduces the ongoing characters from the Traveling Matchmaker series. The main character is Miss

Hannah Pym, the Traveling Matchmaker of the title. Hannah has been a servant all her life until her morose, reclusive employer unexpectedly leaves her a legacy of £5,000. Hannah has always longed for adventure (I think of the start of "I Have Confidence" from the SOUND OF MUSIC when I read these books, about the longing for adventure, but the fear that comes when adventure finally turns up!). So she decides to head off on the stagecoach to Exeter in Devon.

On the journey, she encounters interesting people including a disgraced heiress (the Emily of the title) and her rejected suitor, Lord Ranger Harley. Who ends up not being rejected at all, thanks to Hannah's machinations. It's fun, it's charming, there's some lovely sexual tension, although true to the trad Regency genre, anything that happens in the bedroom happens behind a closed door. 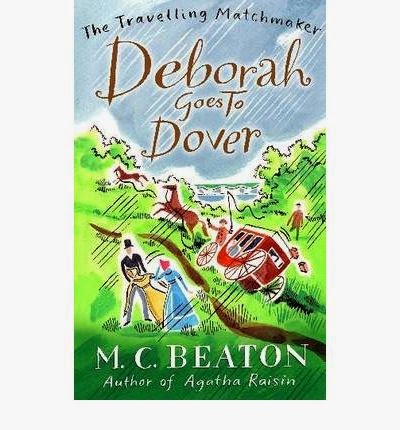 I can see why Beaton ended up writing successful cozy mysteries. The structure of these Regencies isn't that different to the classic country house murder story. On each journey, Hannah meets a distinct group of people who all get involved in each other's lives through happenstance - a highwayman's hold-up, a carriage accident, bad weather. Events conspire to keep them together in a distinct location long enough for the plot threads to twine together. In the end, we have a lovely happy ending where instead of the bad guy being caught, generally it's some eligible lord or other!

Hannah so enjoys her trip to Exeter, that she embarks on another five journeys, all of which give her the chance to exercise her knowledge of human nature, honed through years as a housekeeper, and her matchmaking skills. There's also danger and suspense and mystery along the way to keep the stories bubbling along like a nice rich beef stew. Hannah's adventures continue in BELINDA GOES TO BATH, PENELOPE GOES TO PORTSMOUTH, DEBORAH GOES TO DOVER, BEATRICE GOES TO BRIGHTON, and YVONNE GOES TO YORK. 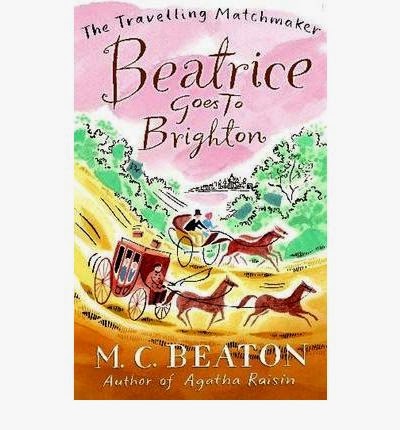 There's also an overarching plot about Hannah's seemingly impossible love for Sir George Clarence, her late employer's dashing brother, who takes an interest in this unusual woman who has such zest for life. This strand of the series has a lovely sigh-worthy ending that's well worth waiting for.

I discovered these books when I was deep into deadline mode. They're just perfect for those moments when you want to escape bumps in the road of life. They're funny - I laughed at loud at least once in every single one and I lost count of the smiles. 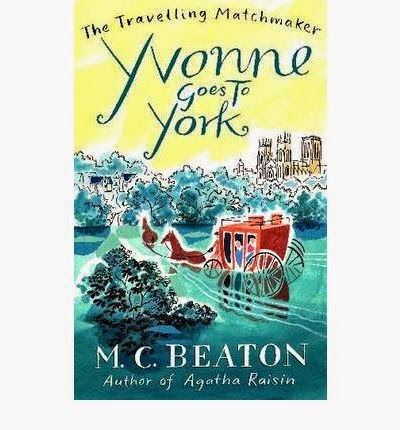 They're also a great length if you're stuck for time. I'm not quite sure how M.C. Beaton manages it, but she packs an awful lot of character and plot and romance and adventure into something as long as a category romance. They're quick reads in the best sense - like a small holiday when you need one and you can't get away to Portsmouth or Bath or Exeter!

So if you want something fresh and funny and romantic to read, I'd highly recommend the Traveling Matchmaker series by M.C. Beaton.

Traditional Regencies seem to be making a bit of a comeback, partly due to the digital revolution. Do you enjoy this genre? Do you have any favorites? Any recommendations of books for me to try once I get to the end of M.C. Beaton's LONG backlist?
Posted by Anna Campbell at 12:00 AM