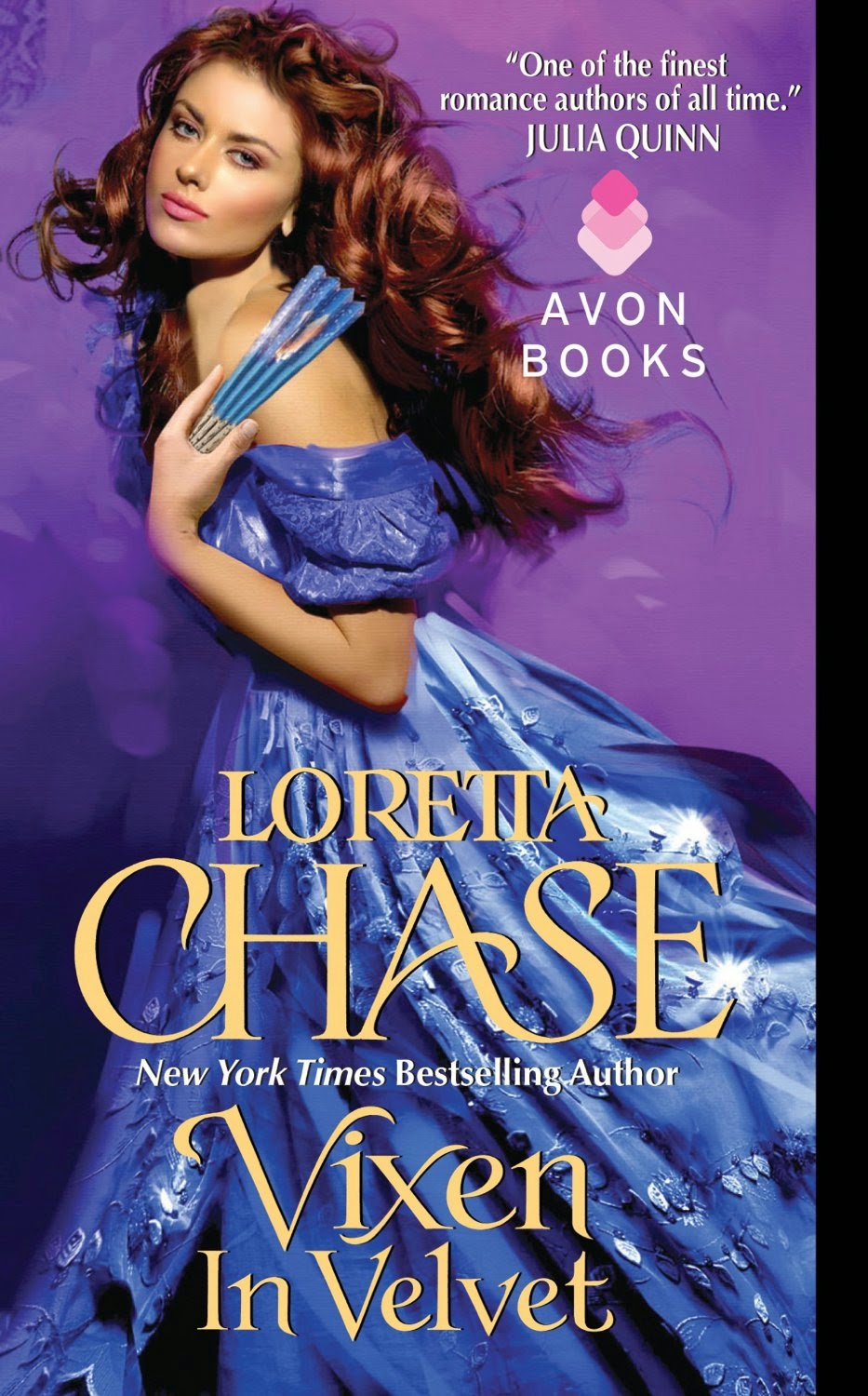 Let’s start by clearing up that the serious-minded business entrepreneur of this book is the heroine, Leonie Noirot. She’s not fooling around. She has a business to run and a whole herd of young women to support with jobs. She is here to sell dresses. Gorgeous, gorgeous dresses. (Admittedly, just reading the book, I wanted to go to this shop and be outfitted so I could be as swan-like as the hilarious secondary character, Lady Gladys, turns out to be.)

Meanwhile, Simon Blair, the marquess of Lisburne is more underfoot than a cat. They met as Leonie was admiring a Botticelli painting, Venus and Mars, which happens to be Lisburne’s painting. So some witty banter is exchanged—which is only a taste of the witty banter that carries throughout the book—and now they have made a bet. Leonie says she can make Lisburne’s cousin, Lady Gladys, who is not remotely Diamond of the First Water, into London’s most sought after in a fortnight. Lisburne, once he stops snorting at this ridiculous image, agrees and believes it’s the easiest bet he’ll ever win. If she wins, she gets the Botticelli. If he wins, he gets her exclusive attention for two weeks where she is not running off to do business or ignoring him altogether.

Of course, just because he’s going to win this bet doesn’t mean he wants to leave her alone for the two weeks it takes to win it. As I said, he’s more underfoot than a cat. Which is actually delightful because we are treated to Chase’s legendary wit and banter; and as I laughed at one perfectly timed comedic episode after another, I fell just a bit more in love with Leonie and Lisburne as a couple. Leonie is hardworking, perfectionistic, the epitome of the fantasy sexy accountant. Lisburne is a bit more devil may care and not good with the ledgers, or all that boring stuff. He’s just the man to muss Leonie’s curls and make sure she doesn’t work her entire life away. I had more than one moment where I was reading that I felt like I was in a Victorian screwball comedy a la Hepburn and Grant. I loved it.

Lady Gladys, much to Lisburne’s chagrin, turns from snapping turtle to swan, endangering his painting and his best-laid plans of spending time with Leonie. Her metamorphosis in the book is my favorite part, along with the clear suggestion that Lady Gladys is due to have the man of her dreams, one of the last men Lisburne would have matched her with. Nope, nope, Lady Gladys is the perfect match for her man; and it is adorable to watch the whole thing unfold. (This subplot gives hope to all us snapping turtles out there!)

I’m one of the few readers who haven’t read every Loretta Chase book as soon as it comes out, so I have the delight of going back and reading the first two in the Dressmaker Series. I can’t wait to do so.

Hellie Sinclair (a.k.a. Fran) was one of the founding members of the Romance Writer's Revenge, where she frequently got to satisfy her love of good books and her need to expound by writing reviews. Hellie loves to craft on projects she rarely finishes, watch British dramas as a sort of Olympic marathon event, and do most anything that fits the description "indolent and pleasurable." Fortunately reading falls into that category.  Connect with Hellie on Facebook.
Posted by pjpuppymom at 12:00 AM