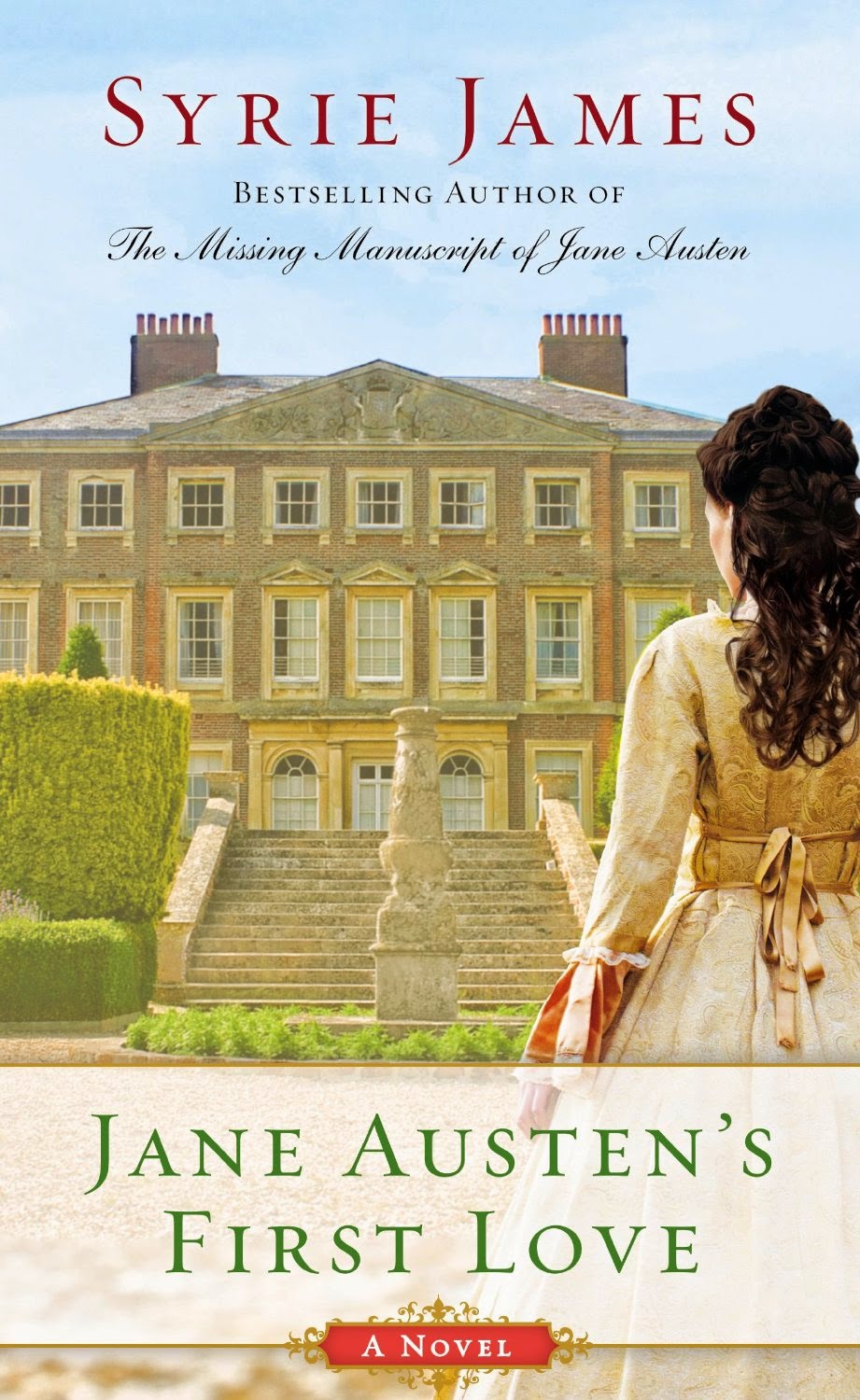 Syrie James’ has written some lovely ‘what if’ books about Jane Austen previous to JANE AUSTEN’S FIRST LOVE, and each have been romantic, genuine, and charming. I found myself believing in the possibility that the story could be true in every book; and this one was no less believable and romantic.

In this story, Jane is only fifteen years old, so the youngest she’s been; however, she feels very authentically Jane, while still very authentically fifteen. While visiting her brother in Kent, Jane meets the ever-so-dashing Edward Taylor. Despite that a match between them is very unlikely (he’s wealthy and she’s penniless), the two enjoy spending time with each other and his interest in her seems genuine. She can’t help falling head over heels in love with him.

While Jane is trying to discern if his interest in her will lead to something more, or can lead to something more, she distracts herself with a little harmless matchmaking, which opens the door to the Reader seeing the author Jane Austen using her own experiences and observations to create a much-beloved character, Emma, with much the same disastrous results. And I do mean disastrous—because by the time all is revealed, one wonders how Humpty Dumpty is going to be put back together again and all is restored to right. But much like her heroines, Jane makes the necessary sacrifices and like her stories, the right happy endings happen for everyone. Well, except Jane, since we all know how the love story of Jane Austen ends.


Still, even though Jane is only able to have true love for herself through her stories, it is fun to read these stories that offer possibilities of where some of the ideas, scenes, and characters came from. In this story alone, I had glimpses of Pride & Prejudice, Emma, and Persuasion, and all felt natural and delightful. An extremely satisfying read. Syrie never disappoints!