Review - - The Secrets of a Scoundrel

THE SECRETS OF A SCOUNDREL
By Gaelen Foley
Publisher: Avon
Release Date: June 24, 2014 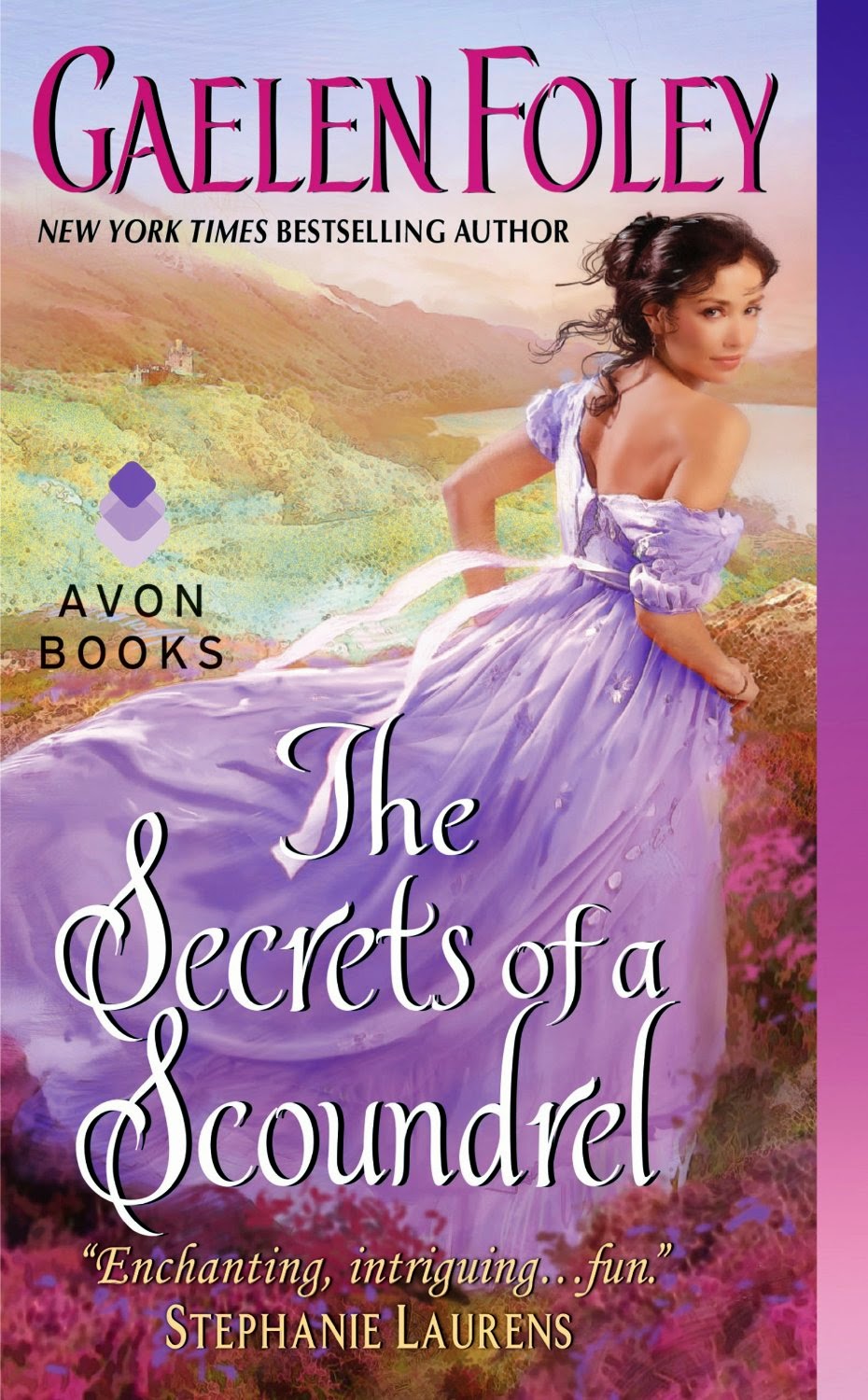 THE SECRETS OF A SCOUNDREL is the last book in the Inferno Club series. The one I’ve been waiting for because, well, Nick, Lord Forrester, is a scoundrel, which is saying something since none of the agents in the Order are particular angels. It’s fortunate he’s matched with Virginia “Gin” Stokes, Lady Burke, who happens to be the daughter of the man who trained the men in the Order, including Nick.

Nick is serving time in prison for being, well, a bit of a traitor—though since he did take a bullet for the Regent, it was decided he couldn’t be hanged outright. Instead, he could cool his heels in prison for two years. He has served six long months of the sentence when he is offered parole if he helps Lady Burke rescue a girl who has been captured and is going to be sold at the Bacchus Bazaar.

He agrees, not only because he is eager to leave the jail, but also that he didn’t know his handler, Virgil Banks, even had a daughter. And being that Virgil was like a father to him, Nick feels beholden to make sure nothing happens to Virginia, not even him. Of course, the latter proves to be difficult since she has loved him since she was 17 and saw him at her father’s house—and well, Nick has some difficulty keeping his hands to himself where Virginia is concerned.

What follows is about 300 pages of an entertaining action flick, like Pirates of the Caribbean without the pirates…or ships, really, but, you know, exciting, dangerous, humorous, and breathless wondering “How are they going to get out of this?” I could not stop reading. Then on page 364, Nick said something that guaranteed this book will remain on my keeper shelf. I’d quote it, but I want you to fall in love with him yourself.

Gaelen Foley does an excellent job of not letting the menfolk do all the work and take all the credit. Virginia lives up to her father’s training as she rescues herself time and again and quick-thinks her way into saving them both. Oh, and the walking the plank scene. (Oh, I guess it did have a ship! Hey!) Anyway, I highly recommend this story: very charming, exciting, humorous, and romantic.