PJ here.  It's my pleasure to welcome two people to the blog today:  Dish reviewer J. Perry Stone and fantasy romance author Anna Steffl.  Long-time friends, J Perry Stone leaped at the opportunity to rake Anna over the....ah....that is...she agreed...graciously agreed...to gently lead her friend through her first Q&A here at TRD.  Yes, that's what happened.  I'm sure of it.  Almost.  So, without further ado  - and before I get myself into more trouble with both of them - please welcome Anna Steffl and J. Perry Stone.

Take it away, ladies! 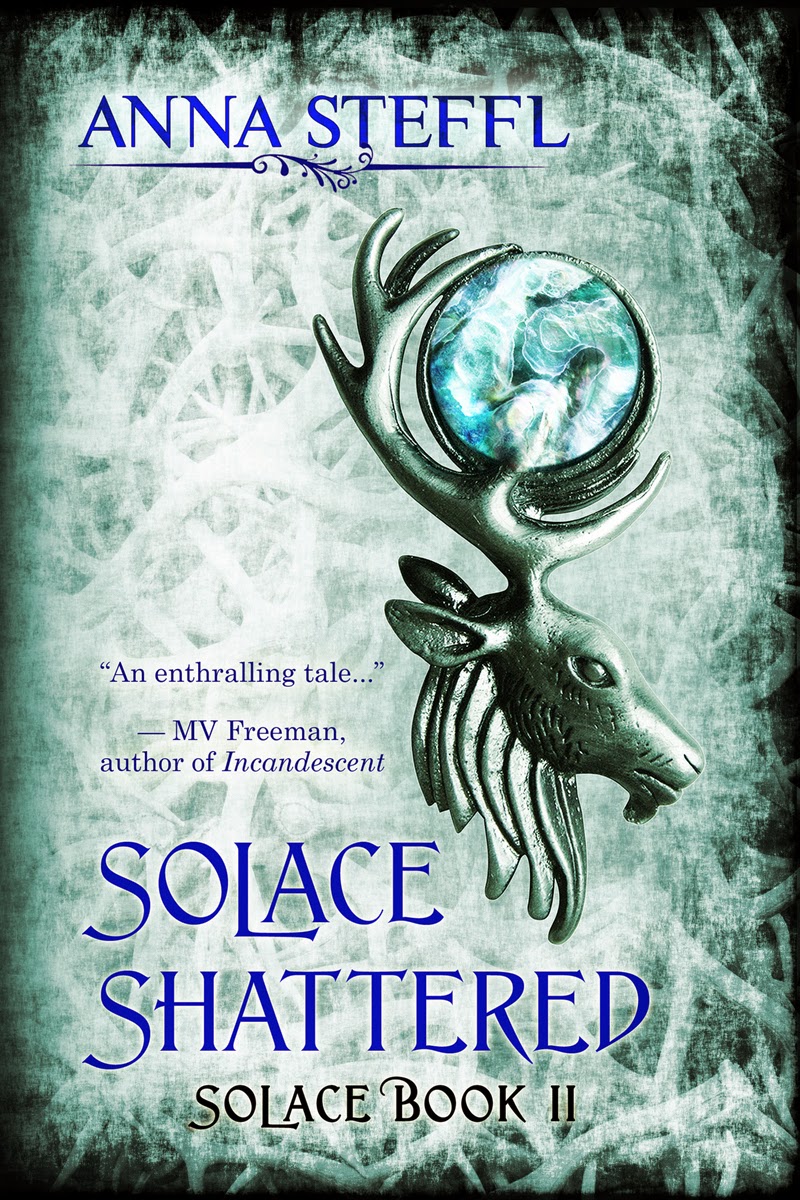 J:  Welcome, my dear friend.   As you well know, it’s one thing to present a professional face to the reading public, but quite another to meet your friend--with whom so many unprofessional phone conversations have occurred--on that same professional playing field.   If I ask you a personal question or two, forgive me.

That out of the way, why don’t you give the Romance Dish audience an overview of your fantasy SOLACE TRILOGY.

Anna:   Between a woman and the powers of hell

Arvana thought she’d found refuge from the pain of earthly love when she joined the cloistered community of Solace--then...
Stand a relic
In the dark of the superior’s chamber the ancient Blue Eye relic begins to glow, and the creatures of the Reckoning are resurrected. As the one Solacian who can use the Blue Eye, Arvana is commanded into society on a secret task to find a champion to wield the powerful relic.
Two men
Arvana’s choice seems simple: a charismatic prince or a battered captain of proven courage. But when one man demands her love and the other inspires it, her mission unravels.
And a last chance at solace
Will a single forbidden moment endanger the fate of the world and destroy Arvana’s hope of solace with the man who opened her heart?

J:  Okay, I’m in.  Any kind of love triangle upon which not only the heroine’s heart, but the world’s fate hinges is a must read for me.  I’ve heard you describe your series as “Game of Thrones for chicks.”  As an avid GoT fan I have to ask, how sexy do YOUR characters get?

Anna:  There’s gobs of sex in GoT, but it isn’t sexy to me. Sexy is a desire so strong it defies gravity, turns your world upside down, and makes the blood rush to your dizzy head despite how hard your heart is thumping. In GoT, the blood mostly rushes to, er, other body parts.

I have a love triangle between a nun-like heroine and the two men she must judge for worthiness to wield a dangerous relic against a brutal, supernatural foe. The allure of love and vanity versus the demands of honor and obedience is what the book is about—well, there are those pressing matters of dragons and creepy evil villains. With a nun character, you can’t get overly explicit without making her a too deeply flawed character. But, the struggle with forbidden love makes the physical scenes all that much more emotional. 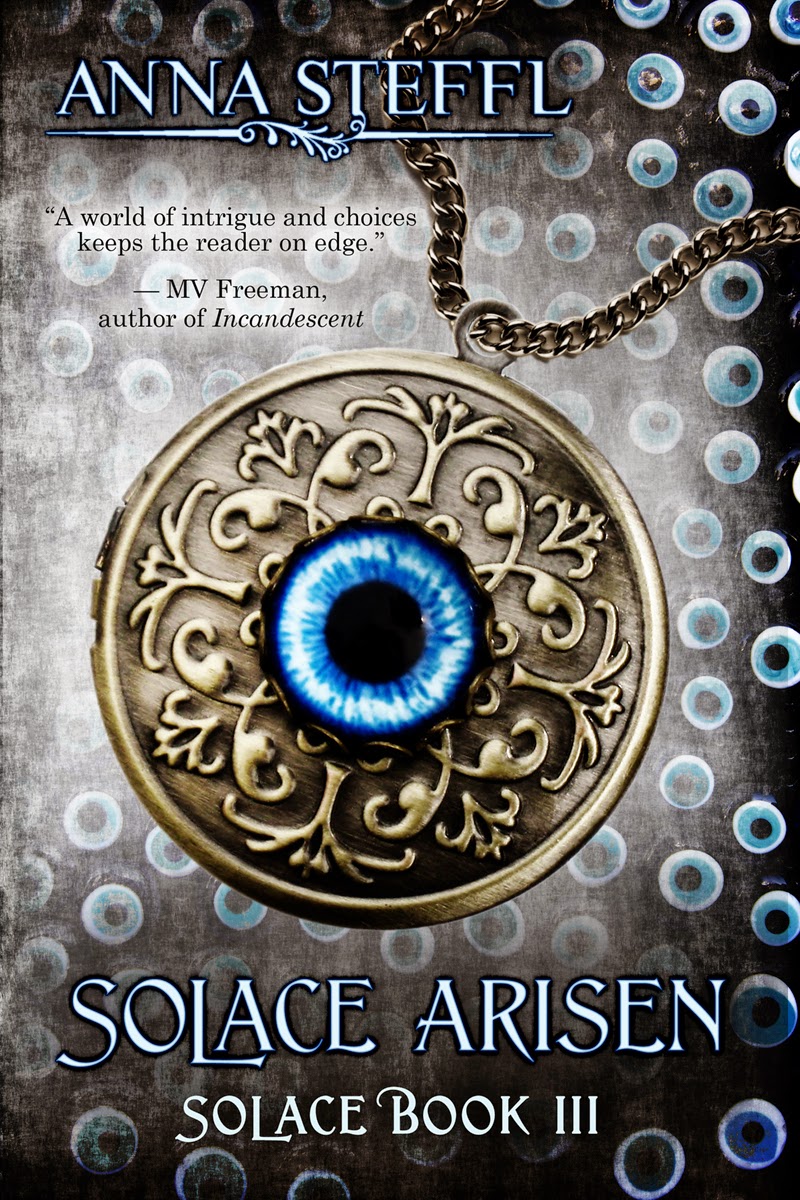 J:  I totally agree.  There is nothing sexier than a bit of unrequited love.  It’s the perfect avenue for some amazingly taut sexual tension.   On another note, you mention dragons.  This is a fantasy, of course.   Can you describe your specific brand of world building?

J: Has fantasy always been your favorite genre?

Anna:  Yes. Everything decent I ever wrote has speculative elements.

J:  And now on a little more personal side: how did you become a writer?

Anna:  I made up fantasy languages, maps, and quests as a kid. Rather doomed, don’t you think?

J: Absolutely doomed.   So now that you are a writer and can speak from experience, what is it about the writer’s life--a solitary existence to be sure--that appeals to you?

Anna: It makes being a hermit acceptable and a little cool.

J: Are you a voracious reader and if so, which kinds of books keep showing up on your TBR pile?
Anna: I read five to seven books at once. I’ll have a classic, a few romances, a sci-fi or fantasy, economic theory, history, spirituality, political theory, and a humor piece
J: You know I’m not going to ask you to elaborate on the “economic theory” part of your answer, Anna.   So who are your favorite writers?
Anna: Jane Austen. Leo Tolstoy. Willa Cather. Patrick O’Brian. Phillip Pullman. Ursula Le Guin. 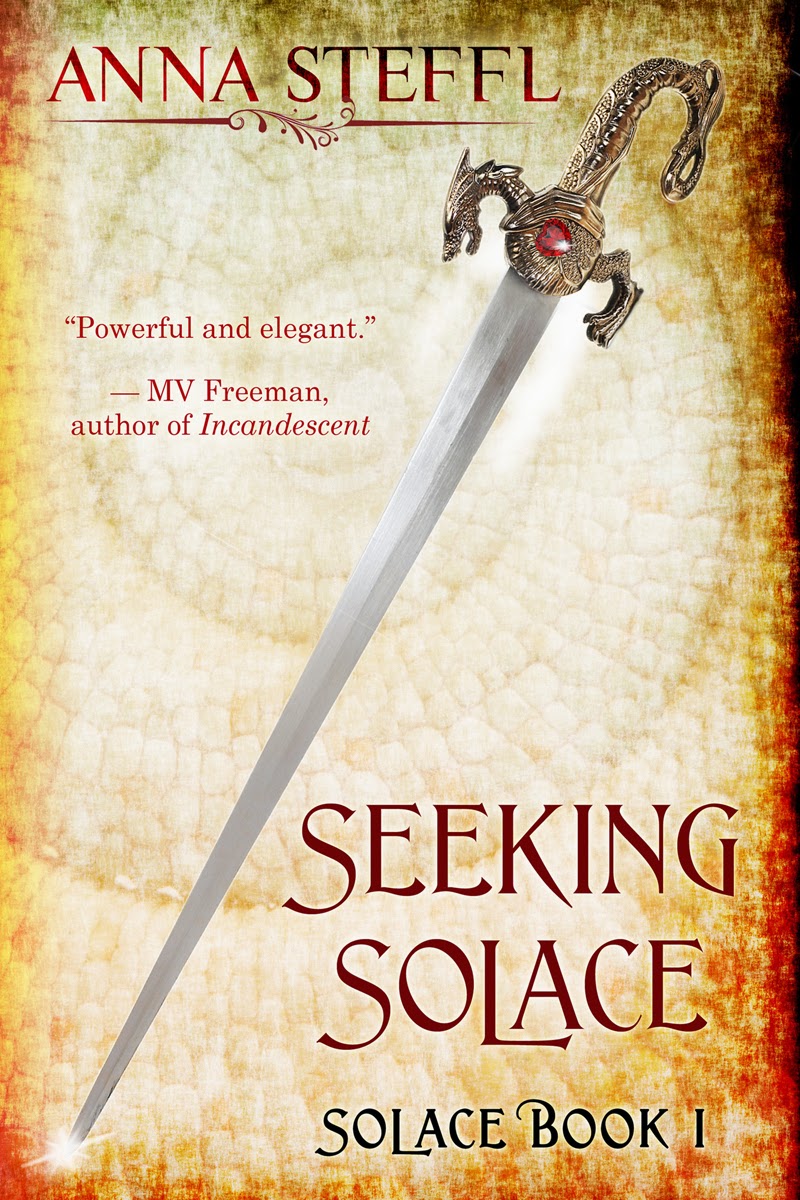 J: Such a varied list, which, by the way, speaks to what I love about you—you’re so multi-dimensional.    However, I know a few things about you that aren’t so surprising.  If writers’ stereotypes are accurate, which ones apply to you (you know where I’m going with this ;-)  )?
Anna: Would you be referring to the cat thing?
J: Of course!   But I’ll move on.   So, in conclusion, what is something odd/eccentric about you that readers may find interesting?
Anna: My failed Vegas accordion career.

J: Readers, I have to add here that she’s not kidding.


Thank you so very much for visiting the Romance Dish, Anna. Could you leave us with a juicy excerpt to whet our reading appetites?
Anna: Of course! And if you’d like to read the trilogy, comment below and you could win it on ebook.

Excerpt:
Arvana swung her leg over the horse and began to dismount, but the prince grasped her by the waist and lifted her to the ground. The pressure of his hands so firmly on her body took her breath away and made her heart rise into her throat. No one had ever touched her like that except her father when she was a small thing learning to ride. But Chane’s hands weren’t her father’s hands. Why Chane’s hands were different her mind wouldn’t say, but her face burned. She wanted to step back, hide her face, but she couldn’t move. He was unconscionably close. Men helped women dismount. He had helped Jesquin. It wasn’t anything unusual, but Jesquin didn’t blush.  Arvana darted her gaze to her too-small shoes and forced herself to notice her toes throbbed.

Yet, one of his hands rested at her waist. It was so large and warm.

“Since you have named no prize, I’m forced to give you one of my own devise.” He took her down-turned chin into his hand and lifted it.

Why was he teasing her? Touching her face and making her pulse race? She raised her gaze to his to implore him to stop, but his eyes held no glint of the humor in his voice. His touch made her forget to breathe, and the earnest longing in his eyes arrested her thoughts.

As his face came nearer, he closed his eyes and by an uncontrollable impulse, she closed hers, too.
He gently touched his lips to hers.
“There,” he whispered, his lips brushing hers as he spoke, “you need that more than gold. Has anyone ever kissed you?”
Kiss. At the word, Arvana returned to her senses and jerked away. “Prince!”
“Don’t act surprised. I only lost because I wanted to watch you ride. It was quite a view.”
“That is…not true,” she stammered, bewildered between the exhilaration of the ride and the surprise of the kiss. “I won fair.”
“Yes, you won. You won me from the start. It was never fair.” He grasped her to him. 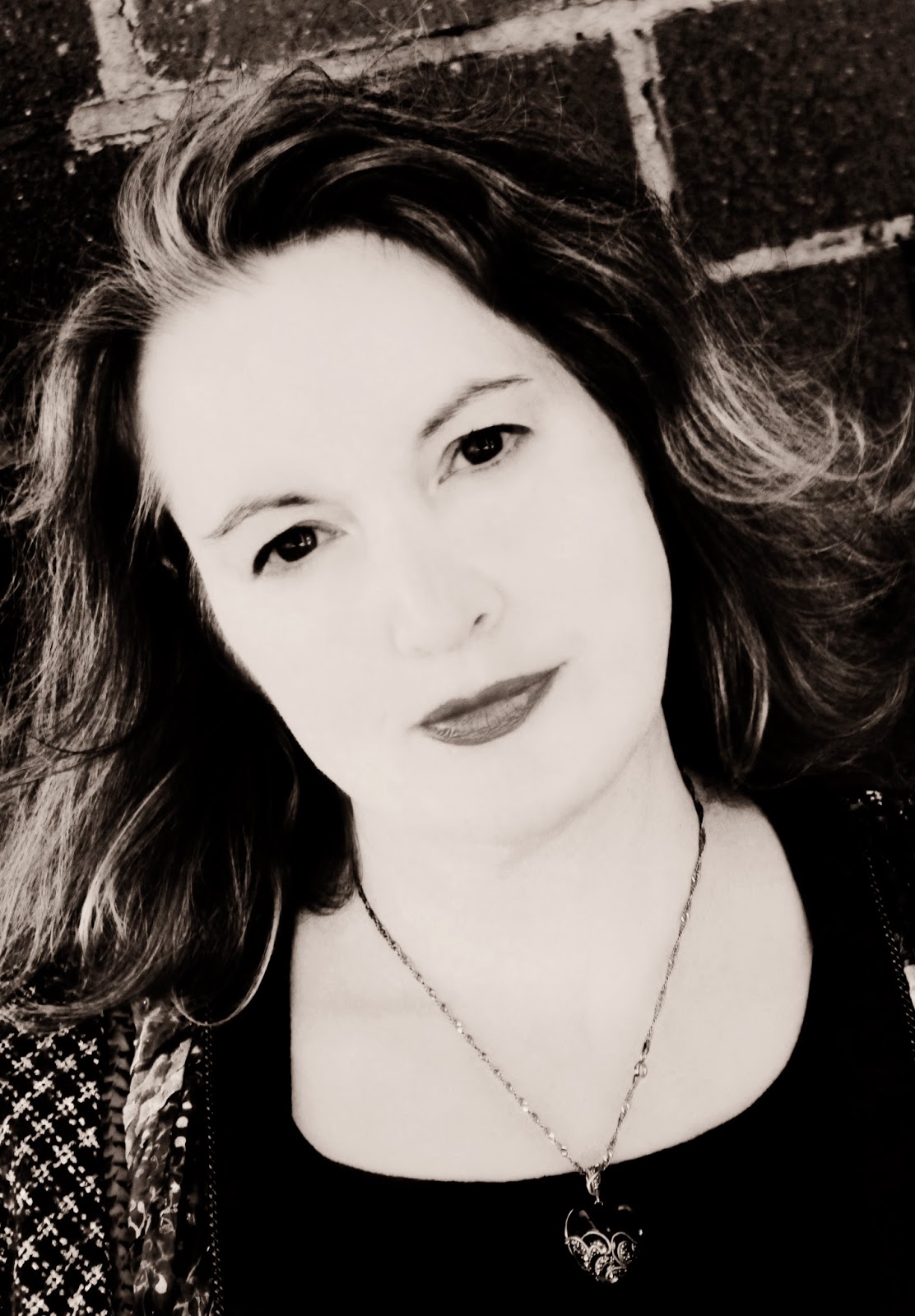 Anna Steffl lives in Athens, Georgia, home of the New World gods of football and alternative music. She has held a string of wildly unrelated jobs, from frying chicken to one that required applying for a Department of Defense security clearance.  She is a past president of Georgia Romance Writers and a Golden Heart Award finalist.
Connect with Anna online at Facebook and Twitter.