Review - - This Heart of Mine

This Heart of Mine
By Brenda Novak
Publisher: Harlequin MIRA
Release Date: March 31, 2015 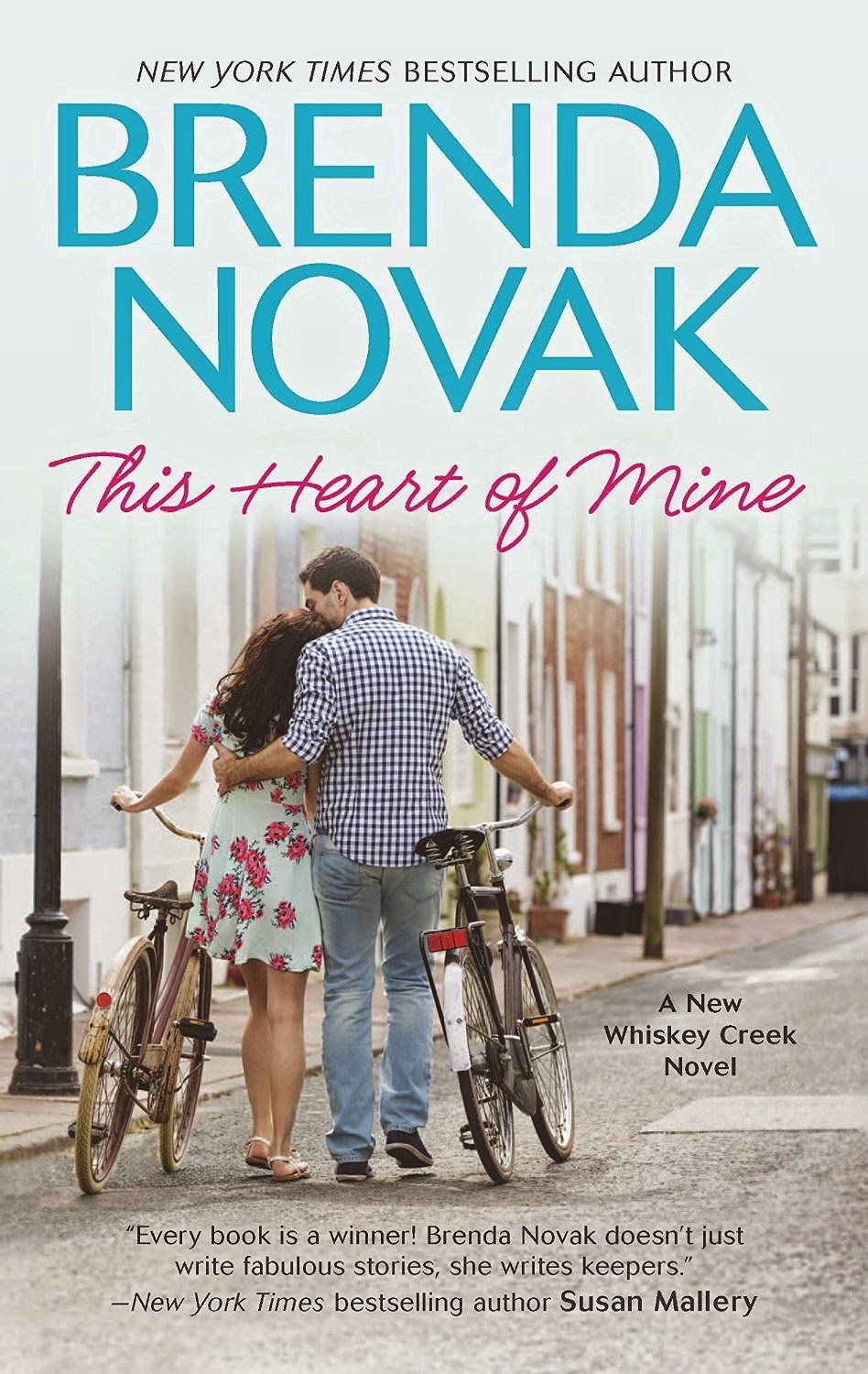 Phoenix Fuller is returning to Whiskey Creek after seventeen years in prison for vehicular homicide, a crime of which she was innocent. Growing up as trailer trash in a fatherless household with a reclusive, morbidly obese, hoarding mother, Phoenix was a misfit in high school. She could hardly believe it when popular Riley Stinson asked her out. She was devastated when Riley yielded to parental pressure and broke up with her. Unhappy and pregnant, she resorted to foolish behavior such as phone hang-ups and drive-bys, but it was not Phoenix who aimed a car toward Riley’s new girlfriend. However, when the real culprit lied, all of Whiskey Creek, including Riley, was ready to believe Phoenix guilty. But that is behind her now. She is free and what Phoenix wants above all else is to establish a real relationship with Jacob, her sixteen-year-old son who has been brought up by his father. Since Jacob is in Whiskey Creek and so is her mother toward whom she feels some responsibility, Phoenix is there too, hoping to earn enough from the leather jewelry business she began in prison to support herself and rebuild her life.

Riley Stinson was only eighteen when he became a single father. With some help from his parents, he has reared his son, nurturing him, encouraging him, and limiting his contact with the boy’s mother. Now his son is almost a man, a good kid with a promising future. Riley has protected Jake by ensuring that contacts with his mother were minimal, and he is uneasy with Phoenix’s return and her hope for an increased role in Jake’s life. But when a friend displays the compassion for Phoenix that Riley hasn’t allowed himself to feel, he looks at Phoenix through a different lens and remembers why he fell for her all those years ago. He finds himself wanting to help her even if it means standing against those who want her out of their town. As Riley opens his life to Phoenix, he discovers a woman who has the power to change his world and offer him more than he dreamed--if she dares to risk her heart again.

This Heart of Mine is the eighth book in Brenda Novak’s Whiskey Creek series, and this one just may be the most emotionally riveting in the bunch. From the start, Novak has given readers characters different from those who inhabit most small-town romances, including a hero and heroine from the wrong side of town (When the Snow Falls, #2), a heroine in need of a liver transplant (When Summer Comes, #3), a hero struggling with the revelation that his life-long best friend is gay and in love with him (Home to Whiskey Creek, #4), and a heroine who is a former drug addict (Come Home to Me, #6) along with the more common protagonists such as the celebrity, the rape victim, and the abused wife. Riley has been part of the group of high-school friends who remain close as adults throughout the series, and references to Phoenix in prison have been frequent. I have been eager to see what Novak would do with their story.

What she has done is give readers a compelling, original reunion story. Humble is not a word one often associates with romance heroines, but it is an accurate description of Phoenix as the story opens. She indeed has a low estimate of her importance and worth. Such self-abnegation would ordinarily signal a weak heroine, but Phoenix is not weak. To have survived her childhood and her unjust imprisonment and emerged without bitterness and with the will to work toward her goals required a stubborn strength. Most readers will respond to her with sympathy and will find it rewarding to see her triumph in ways that match her name. Riley too may seem weak to have given in to parental pressure, but he was very young at the time. His insistence on being the parent rather than allowing his parents to assume responsibility for his child demonstrates his strength, and the kind of kid Jake turns out to be—kind, responsible, and independent—is a testament to Riley’s character. And when he does see Phoenix clearly, he fights for her against those who condemn her.

If you are a reader who loves small-town romances but would like to see one that expands what that sub-genre can be, I definitely recommend This Heart of Mine. But don’t be surprised if you find yourself so invested in Whiskey Creek that you seek out the earlier books. I am eagerly awaiting A Winter Wedding (October 27, 2015), the ninth book in the series in which Kyle Houseman, a man who, through his own mistake, lost the woman he loved to his step-brother in When We Touch, the novella that introduced the series, finally gets his HEA.

Email ThisBlogThis!Share to TwitterShare to FacebookShare to Pinterest
Labels: 4.5 Star Review, Brenda Novak, Contemporary Romance, Janga, This Heart of Mine