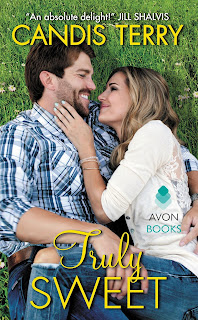 After a tour of duty in Afghanistan, multiple surgeries, and a stay in a rehab facility, Jake Wilder, the youngest of Joe and Jana Wilder’s sons, is back in Sweet, Texas. His family is overjoyed to have Jake home, and while the family has not ceased to mourn the loss of eldest brother Jared and patriarch Joe, they are ready to celebrate with a big Wilder bash that includes not only all the Wilders and their extended family but a host of friends and neighbors as well. Jake loves his family, and he is happy to be with them again. But he is not really in the mood to celebrate. Everyone sees the cane he uses and recognizes that his leg is not fully healed, but they can’t see the heavy burden of guilt that still festers in Jake’s soul. He cannot forgive himself because his best friend Eli Harris died in Afghanistan, leaving a pregnant wife to grieve him. Jake believes that when he failed to keep his promise to see that Eli returned safely to his wife, Jake forfeited his right to happiness.

Joe and Jana Wilder made Annabelle Morgan and her sister Abby feel like part of the Wilder family when the girls were growing up mostly ignored by their own parents, but Annie never looked at Jake as a brother. At sixteen, she had a crush on Jake. Although Jake may have treated her as a confidante, he never saw her as a partner in romance.  After Jake joined the Marines, Annie left Sweet determined to stop dreaming about Jake and build a life for herself in Seattle. That didn’t go exactly as she planned, and now she is back in Sweet, a single mother with a one-year-old son, waitressing at the diner and trying to get her candy-making business started. Her feelings for Jake are as strong as ever, but she is no more hopeful than she was as a teen that Jake is going to notice her.

Annie is wrong. Jake definitely notices that Annie is all grown up and just as mouthy as ever. He can’t ignore her, no matter how he tries. Not only does he find her too sexy for his comfort, but she doesn’t hesitate to speak tough truths when others are being overly cautious not to say the wrong thing. However, no matter how tempting he finds Annie, she makes it clear that she deserves better than being a booty call for Jake, and Jake thinks he can’t offer the forever bond that Annie wants.

Truly Sweet is the fifth and final book in Terry’s Sweet, Texas series. Jake is just as wounded, just as swoon-worthy, and just as reluctant to believe in happily-ever-after as his older brothers. His struggles to figure out what he is going to do with his life now that his war injury has rewritten his plans as well as to resist Annie who offers the healing he needs and sweet Max who captures Jake’s heart with his grin tug at the reader’s heartstrings. Annie is a wonderful heroine—tough and vulnerable, a dreamer with a strong streak of pragmatism, and a mother committed to seeing that her son has a childhood very different from her own. Both characters inspire affection and make it easy to root for them to find happiness together.

The Wilders are all present and accounted for in this book, from the widowed Jana, who gets a second chance at romance, to the newest additions to the family—human and animal. Readers will find much to smile about with the banter Jake and Annie exchange, Jana’s not-so-subtle meddling, and Miss Giddy the goat, who has her own secret.  But Jake’s connection with a dog that is, as Annie instinctively knows, just the friend the hurting marine needs may evoke tears, and I confess I needed more than one hanky for the scene with Jake weeping as he rocks his niece and Max. Terry also gives her readers an epilogue to delight the hearts of readers who love a big, satisfying, emotional finale to a series.

This is a series that has failed to get the attention it deserves. Fans of small-town romance with large and lively families, couples whose stories combine sweetness and sizzle, and a conclusion worth celebrating should definitely check out Terry’s Sweet, Texas books. And Truly Sweet may be the best in the series. It is on my recommended list.

Posted by pjpuppymom at 9:30 AM