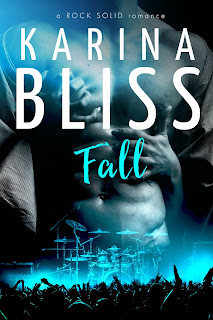 Dimity Graham has been personal assistant to rock legend Zander Freedman for three years, throughout the period of during which he reinvented Rage and introduced the new band to the world. Not only is Dimity totally immersed in her job, but she has also found in Zander and the band a version of family that works for her. She is fiercely devoted to this small group which has broadened to include Zander’s love, Elizabeth Winston, and Jared Walker’s wife Kayla. She refuses to even consider that Zander may not recover his voice after vocal surgery or that Rage may not be able to overcome the damaging publicity that resulted from Zander’s lip syncing the national anthem at a charity performance (Rise). Dimity is working to see that everything is in place for Rage to resume their tour once Zander is back and all the fires have been doused. She doesn’t have much of a personal life, but one night she is looking to celebrate the freedom that is hers now that her emotionally and financially demanding mother is remarried. Dimity’s idea of celebrating involves champagne and hot, hook-up sex. It does not involve Rage drummer, Seth Curran.

Seth is going through a rough time emotionally. His long-time girlfriend who broke up with him several months earlier has just told him that she is engaged to someone else. He is heartbroken and depressed. Nice-guy Seth and tiger-tamer Dimity have unexpectedly become friends and when Seth learns Dimity’s plans for the evening, he insists on going with her to help her with the hook-up search. Instead of finding a hook-up, Dimity and Seth get drunk together, she convinces him to let his ex think that Dimity is his new girlfriend, and the two, after a flirtation gains steam, have sex. Their night together proves more intense than either of them expected, and they are both worried about how it will affect their friendship. They try to act as if nothing happened, but their knowledge of each other has acquired an intimacy beyond the merely physical, and neither one of them can forget it.

When they arrive in New Zealand, Dimity is still acting as Seth’s girlfriend, so they spend even more time together. Although the plan is that Mel (Seth’s ex) will realize what she has thrown away and dump her new love to return to Seth, the chemistry between Dimity and Seth grows steadily more explosive. Dimity who has never known ordinary family life falls hard for Seth’s mom, who is everything her own mother is not, and for his sister and infant niece. She has no patience with his father who is still giving Seth grief for leaving the family firm to take a chance with his music. Dimity is angry that Seth is being hurt, and she doesn’t hesitate to let Papa Curran know what she thinks. But not even she can fix everything for Seth who ends up feeling as if his entire family has betrayed him. Dimity has her own earth-shattering news to deal with, and her reaction to it reveals a part of herself that she despises even as she embraces it.

Seth accepts that he has fallen in love with Dimity without a struggle, and he has no illusions about how difficult it is going to be. He understands how frightened Dimity is of loving and being loved, of knowing and being known. He is not surprised when her fear prompts her to run, but with a little help from their friends, his love may win his lady after all.

I surprise myself with how invested I have become in the characters from Bliss’s Rock Solid series. If my love for Fall is somewhat less than for the two earlier stories, Rise and Play, I nevertheless give it top marks. For me, Dimity is proof that I don’t have to identify with a heroine to love her story. She is an alpha heroine accustomed to being in charge. She tells Seth “I machinate” and continues to describe her favorite activities: “Scheme, plot, intrigue, devise, strategize, maneuver, conspire. Win. It’s my thing.” Of course, there is more to Dimity than she admits, more than she even realizes, but even so it is not always easy to like her, particularly when she is her worst self.

Seth, on the other hand, is immensely likeable. I’m a beta lover, and he is one of my favorite beta heroes ever. A nice guy who cares about people, he also demonstrates why it is wrong to conclude that betas lack complexity and an untamed core. He is such a nice guy that Dimity initially thinks he is too soft for the rock world. One revealing conversation shows that even after they become friends, Dimity doesn’t always understand him.

“After your breakup, I couldn’t work out whether I admired or despised your willingness to suffer when you had so many women wanting to help you feel better.”
He was silent a few seconds, then pushed his plate aside. “I’d gotten used to having sex with someone I loved. It was a tough habit to break.”
His expression was so bleak that she had to look away. This was why she kept relationships transient. Love hurt.
He, however, understands Dimity. At the moment, he admits to himself that he loves her, he acknowledges the risk he is taking.
Dimity would never love him back, never let him close probably. She was a complex, contradictory woman, casually cruel, implacably kind, blisteringly honest, and the queen of denial. She’d put up a wall a mile high between them tomorrow. She might even be ashamed of what they’d shared tonight. It was dangerous and foolhardy to fall in love with a woman who knew a thousand ways to leave a man.
And he did it anyway. Knowingly, instinctively, deliberately. With no regrets.

All that—and he is a rare red-haired hero and a bit of a beast behind the drums and in the bedroom. (Big sigh!)

If you are a fan of the current trend for romances with a rock music connection, you will find that Fall and the connected books are among the best in the subgenre. If you are a contemporary romance reader who thinks rock star romance is not for you, you must not have read Karina Bliss’s Rock Solid books. I think Fall can be read as a standalone, but my recommendation is to start with What the Librarian Did (strictly speaking not part of this series) and move on to Rise, Play and Fall, in that order. Whatever the order, I highly recommend you read them all.

I plan to reread all four while I am waiting for the next book. I hope Luther’s novella will be next, but I am even more intrigued with Moss after Fall, and a second novel for Zander and Elizabeth sounds perfect. Whatever is next, count me among the readers.

Janga: Was Dimity a difficult character to write?

Karina: Surprisingly, no. I find that if I introduce characters as sidekicks in earlier books, they actually end up more complex and human. Go figure! I think it's because they're not carrying the mantle of  'heroine' or 'hero' on their shoulders. A lot of writer and reader expectations come with that label and that can weigh down the writing if I try and write them too soon. Instead, I write them outrageous in earlier books and spend their book finding out what made them so awful. It's not a method I'd recommend but it works for me because real people are complex and multi-dimensional and awful and kind and difficult and generous and I want that for my characters. And I want them to find love anyway, because at heart they're good people. My only concern with writing Dimity was not trying to soften her edges through the story to make her a more traditional heroine.

Janga: I confess that I was as surprised as Dimity by Zander’s decision. Without moving into spoiler territory, can you tell us whether this was something that you planned all along or something that evolved?

Karina: I was halfway through writing Rise when I knew Zander had to give up everything to deserve his HEA with Elizabeth. He was never going to be a quick fix, he'd been too selfish for too long. It was a sign of his growing maturity that he recognized Elizabeth alone was not enough to 'fix' him. And that he shouldn't expect her to.
And Zander's personality is not about half-measures. I couldn't imagine him saying, “Oh, I'll just work on changing one bad habit a week.” He throws himself into new adventures, boots and all. So personal growth is also on a massive scale (he's the bean in Jack & The Beanstalk). He's a character that needs to set big challenges for himself, so I gave him one.  (We're both hoping it works out).

Janga: Was Mel’s character inspired by someone? I must say I loved that she was a Paralympic athlete and it was no big deal.

Karina: I so admire Paralympians. Every interview I see with one motivates an attitude re-adjustment in my own life. I particularly admire Kiwi Paralympian champion, Sophie Pascoe's approach to life. My brother-in-law became paraplegic in his late twenties and had me researching diving and skiing opportunities for him while he was still in hospital. The human spirit recognizes no limitations. At the same time, you're still 'just you' to friends and family.

Janga: I expected Luther’s story and Moss’s story to follow, but the promise of a second book for Zander and Elizabeth seems like a splendid gift. Can you tell us anything about the story?

Karina: No! Right now, I have a lot of vague ideas that need to link magically together. I really wish I was a plotter but my natural inclination is to write and see what happens, (and then rewrite what happens a thousand times). I always appreciate reader feedback. Zander got his own book through reader requests. If you're reading this, and have ideas on what you'd love to see happen next for Zander and Elizabeth, email me! Seriously. My address is: karina@karinabliss.com

Janga: What was the hardest scene to write so far in the Rock Solid series?

Karina: Let me change that question to 'What was the hardest scene to delete? I wrote five scenes in Zander's point of view for Fall and then deleted/rewrote them on the advice on my editor. She made the excellent point that Zander had such a big story in Rise that giving him small relationship challenges in Fall read a little flat. Better to filter Zander and Elizabeth through Dimity and Seth in Fall and build to bigger challenges for Zander/Elizabeth in another book.

Janga: Do you have playlists for your novels and novellas?

Karina: Oddly no, considering this is a rock series! I've had 'theme songs' for two of my books. I played Evanescence's My Immortal constantly to channel the emotional angst for Mr Imperfect. In Bring Him Home, I used Pearl Jam's The End to evoke my heroine's conflicted feelings for her late husband, and Strobe (Adagio in D Minor) from the first Kickass movie to help me pace my battle scene prologue. It would be good to have theme songs for the Rock Solid Romance series though. Thanks for the tip!

PJ: Thank you for visiting with us today, Karina. Would you like to ask our readers a question?

Thanks for inviting me to the Dish, PJ.