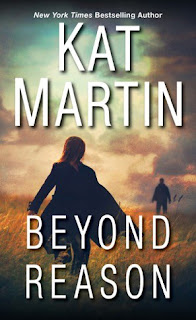 Someone is willing to kill for control of Drake Trucking, a well-respected firm now run by a woman named Carly Drake.  Big money is involved.  And very big danger.

Multi-millionaire Lincoln Cain is determined to keep the promise he made her grandfather, the man who helped him change his life after he got out of prison.  Cain has vowed to protect Carly, no matter what it takes.

It was Thursday morning.  Carly sat across from Linc at the round oak breakfast table in his sunny kitchen, both of them drinking coffee as if they just a normal couple on any normal morning.
As if time weren’t ticking away, danger pressing in from all sides, getting closer by the minute.
Through the window, beyond a small courtyard with a fountain in the middle, she could see horses playfully running through a grassy pasture.  It was so peaceful here.  No wonder Linc loved it.
After their conversation with the Grangers yesterday, they’d had supper at an elegant but quiet restaurant called the Abbey, then they’d returned to the ranch, and Linc had taken her straight to bed.  The man was practically insatiable and when she was with him, so was she.
Now it was morning and they both had things to do.  She needed to go into her office.  She’d been working on her laptop, getting a few things done, but she needed to pay bills and appease creditors, which meant she needed the loan Linc had promised her.
Damn, she hated to bring it up.  Having just climbed out of his bed, it felt a little like selling herself.
“What’s troubling that mind of yours this morning?” he asked.  “I can almost see your brain spinning around.”
Carly sighed.  “I’ve got to go into work.  I’ve missed too much time this week already.  You said my pickup’s in one of the garages.  You wouldn’t have to drive me.”
Linc took a sip of the rich, freshly brewed dark coffee, and set his mug back down on the table.  An empty plate that had held a toasted bagel, bacon, and some scrambled eggs sat next to it, along with an empty glass of orange juice.
“I thought maybe you were thinking about that loan I promised you,” he said.  “You’ll find the paperwork at your office when get there.  Sign the documents, and the check will be deposited in whatever account you want this afternoon.”
How did he do that?  Practically read her mind.  Or maybe it was her face.  She’d bet he was great at poker.
“You’ll pay it back,” he said, still tuned into her thoughts.  “Just keep doing what you have been and it’ll all come together.”
“I hope you’re right.”  Dressed in stretch jeans and a crisp white cotton blouse, she grabbed her purse off the counter.  I’ve got to get going.  If you could just open the garage door so I could get my--“
“Your truck should show up out front any minute.”
Carly flicked him a glance.  Slinging the strap of her purse over her shoulder, she started walking.  Linc came up behind her as she stepped into the entry and pulled open the door.
“There’s someone in the passenger seat,” she said.  “What’s going on?”
“That’s good ol’ Frank.  Ross says he’s very good at his job.  Says he was having an off night the evening of your little run-in at the Stop and Shop.  I don’t think he’ll let his guard down again.”
“What, he’s my bodyguard?”
“You haven’t forgotten our deal?  I told you I’d insist on personal protection.  I wasn’t talking about condoms.”
If she wasn’t semi-pissed, she would have laughed.  “What’s he going to do all day while I’m working?”
“His job.  Which is making sure no one tries to abduct you again or shoot you.”
Her shoulders slumped.  Hard to argue with that.  “All right, fine.  I’ll take good ol’ Frank with me.”  She started for the door.
“There’s one more thing.”
She turned back.  “What’s that?”
“You forgot to kiss me good-bye.”
Her eyes widened.  “Seriously?”
His sexy mouth edged up.  “Seriously.”
Something melted inside her.  She walked back to him, went up on her toes and pressed a soft kiss on his lips.  “Bye, Linc.”


Do you enjoy reformed bad boys?

Do you like a heroine who goes toe-to-toe with the hero?

What book is on your reading radar this week?

One randomly chosen person who leaves a comment before 11:00 PM (Eastern), June 13 will receive one of Kat's books. (U.S. only)
Posted by pjpuppymom at 12:30 AM