Are you enjoying this heartwarming new contemporary romance series as much as I am? Four books have been published so far in Roxanne St. Claire's The Dogfather series: Sit...Stay...Beg, New Leash on Life (2018 RITA® Finalist), Leader of the Pack, Santa Paws is Coming to Town (short story) and Bad to the Bone. I've loved them all! St. Claire has three more books in the series scheduled for release this year all of which follow the tradition established with book one of covers featuring rescue dogs and regular guys (not models). She and her assistant recently traveled to Alaqua Animal Refuge in North Florida for a photo shoot for books six, seven, and eight in the series. If you aren't familiar with this refuge and its relationship with the Dogfather books, St. Claire has pledged a portion of the proceeds from sales of each book in this series to this no-kill shelter in her home state. To date, book-buying readers have helped her donate $5,000 to the refuge. Great books and a good cause. It's a win-win.

Here are the next three book covers that resulted from that recent photo shoot. 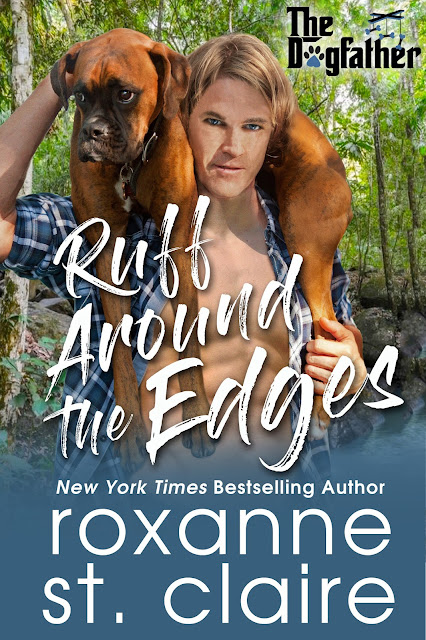 U.S Army Night Stalker Major Aidan Kilcannon leaves Afghanistan after his best friend, Charlie, is killed in the line of duty. Aidan's only consolation is the knowledge that he's now solely responsible for Charlie's dog, Ruff, a charming but rambunctious boxer they'd found in a bombed-out hospital in Kabul. With the help of  Aidan's father, the Dogfather himself, they transport Ruff back to the States. He arrives shortly after Aidan, and both dog and man are suffering from loss, trauma, and sudden change. Aidan is certain his only hope is the comfort and love he gets from Ruff, and that this dog will help him adjust to the staggeringly difficult transition from battlefield to Bitter Bark.


But the day Ruff arrives, Daniel Kilcannon informs his son that Rebecca Spencer, Charlie's younger sister, has a hard and fast claim on Ruff and she intends to honor her brother's wishes. Aidan has to relinquish the dog to her, no matter how impossible that is.


Beck Spencer is in Bitter Bark temporarily to help the only living relatives she has left. After losing her parents as a child, and her brother six months earlier, she, too, hopes that Ruff will offer the solace and companionship she needs. But when Ruff finally shows up at her door, the man holding the leash is obviously determined to talk her out of keeping the dog. In fact, Aidan will use every persuasive power he has to convince Beck to give up the dog...and he's as charming and wild as  the dog they both want.


Everything gets complicated by Ruff, who has his own plan, making it impossible for Beck to win him over. But she'll do anything to succeed, even work closely with maddeningly sexy and relentlessly determined Aidan Kilcannon, who has some skills she desperately needs to save her uncle's local pizza business.


With an uneasy truce, a restless dog, and an attraction that bubbles like one of Slice of Heaven's award-winning pizzas, Aidan and Beck soon realize they can help each other heal. But as they fall deeply in love and discover the true meaning of family and home, they’ll have to face the pains of their past if they have any chance of a future. 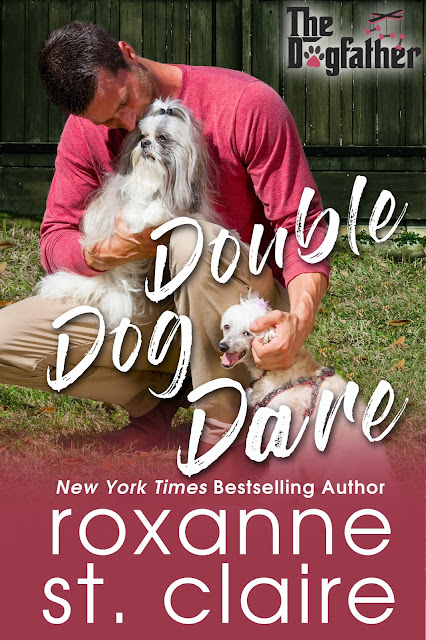 Daniel Kilcannon has one more child who needs true love, but Darcy Kilcannon has no interest in her matchmaking father's shenanigans. What she wants is her own dog spa business where she can come and go as she pleases, surrendering to her wanderlust whenever the travel bug bites. But in order to achieve that dream, she’ll have to prove to her father that she’s mature enough to handle responsibility and rooted enough to live on her own. A condo in town? Sounds great to Darcy, as long as she can bring Kookie, her beloved Shih Tzu.
Joshua Ranier is out of town when his realtor leases one of the town houses he owns and has recently refurbished, but he’s assured that his new tenant is from a fine local family, is starting her own business, and has most certainly not broken his cardinal “no pets” rule. One glance at the gorgeous blonde sneaking a fuzzy white dog tucked in a designer bag in and out of his brownstone and he knows that someone hasn’t told him the truth. Darcy Kilcannon will have to go. And her little dog, too.
Except, Darcy defies every convention and expectation Josh has. And the big, sexy, tool-toting landlord makes Darcy suddenly want to…stay put. From the moment they meet, Darcy and Josh clash and spark and think about things neither one of them should be thinking about. And it isn’t when the rent’s due.
But when someone from his past shows up to wreck his present and saddle him with the last thing in the world he wants – his own dog – Josh needs something only Darcy can offer. It’ll take one wild and crazy dare, two incredibly cute puppers, and, of course, a little help from the Dogfather, for this one to have a happy ending. 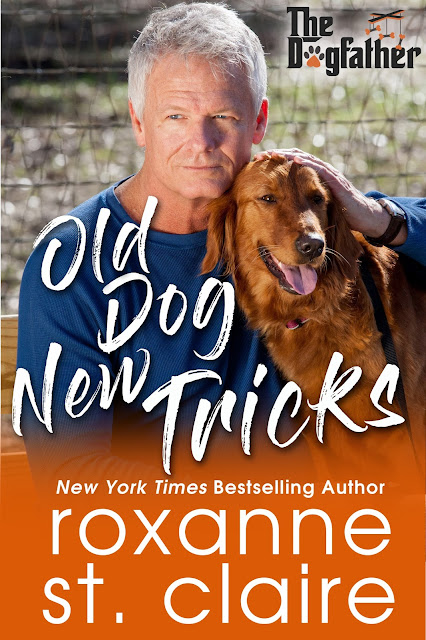 This is the story I've been waiting for since book one. After the death of his beloved wife, Daniel Kilcannon turns his focus to nudging his adult children into love. Will the matchmaking Dogfather finally get his own second chance at love? Look for Daniel's story this fall. I have a feeling I should probably stock up on Kleenex for this one.
St. Claire recently announced that at least four more books in the series are planned for 2019. Mahoney cousins. Hot firefighters. I'm in! :)
Learn more about Roxanne St. Claire and The Dogfather series at her website and connect with her online at Facebook, Twitter, and Instagram.