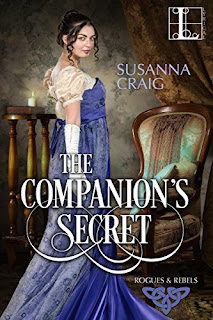 They call him Lord Ash, for his desires burn hot and leave devastation in their wake. But Gabriel Finch, Marquess of Ashborough, knows the fortune he’s made at the card table won’t be enough to save his family estate. For that he needs a bride with a sterling reputation to distract from his tarnished past, a woman who’ll be proof against the fires of his dark passion. Fate deals him the perfect lady. So why can’t Gabriel keep his eyes from wandering to her outspoken, infuriatingly independent Irish cousin? Camellia Burke came to London as her aunt’s companion, and she’s brought a secret with her: she’s written a scandalous novel. Now, her publisher demands that she make her fictional villain more realistic. Who better than the notorious Lord Ash as a model? Duty-bound to prevent her cousin from making a disastrous match, Cami never meant to gamble her own heart away. But when she’s called home, Ash follows. And though they’re surrounded by the flames of Rebellion, the sparks between them may be the most dangerous of all…

I enjoy a good plot-driven romance in the books I read but what really pulls me in and holds me are the characters. Give me complex characters who engage my interest and my emotions and I'll keep coming back for more. That's a key reason why I've been a fan of Susanna Craig's stories since reading her debut, To Kiss a Thief, two years ago. In The Companion's Secret, Craig has crafted a hero and heroine in Gabriel and Camellia who captured my interest immediately and held it throughout their story. There's depth and honor in both of them even though circumstances throughout the years have caused Gabriel to bury his goodness deep inside and let society see what they expect from him. Gabriel's best friend, Christopher Fox and Camellia's cousin, Lady Felicity are well-rounded secondary characters who add an extra layer of complexity to the story. I especially enjoyed the ways in which Felicity moves the story forward, both for herself as well as Gabriel and Camellia. All of the main characters in this book - both good and bad - are brought to life on the pages, creating a strong emotional response from this reader.

Of course, it's not only about her realistic and relatable characters. Craig also has the ability to craft engaging, Georgian-era stories with well-researched historical - and geographical - accuracy that keep me reading late into the night. When I begin one of her books, I can count on characters that speak to my heart, a story that engages my emotions, and a history lesson that doesn't feel like one. It is any wonder that I eagerly anticipate each new book from this talented author?

I thoroughly enjoyed The Companion's Secret and am already looking forward to Camellia's siblings' stories in the next two books of Susanna Craig's Rogues and Rebels series.

If you have not yet read Craig's first trilogy, all three books are currently on sale at reduced prices for digital format. Check the blog's right side-bar for purchase links.

Welcome to The Romance Dish, Susanna!

It’s great to be here, PJ! Thanks for having me.

The Companion’s Secret launches your new Rogues and Rebels series (I've already read it twice and loved it). What should readers expect from this series? What can you share about future books in the series and when do you expect them to be published?

The Rogues and Rebels series follows the adventures of the Dublin-born Burke siblings. Love is the last thing they’re looking for—particularly not with someone who’s English—so of course, that’s exactly what they find! I’ve just finished the second book, The Duke’s Suspicion, in which younger sister Erica Burke, a botanist, finds herself trapped by a storm with Major Tristan Laurens, the unexpected heir to a dukedom, who mistakes her for a spy. That story will be out in December 2018. The third book, eldest brother Paris’s story, will be available in 2019; I’m still in search of the perfect title.

Oh, good! I was so hoping Paris would have a story and the sneak peek at Erica's story (at the end of The Companion's Secret) already has me excited for book two!

This book is set in England and Ireland during the late Georgian era. What is it about this period of history that compelled you to set your story there? 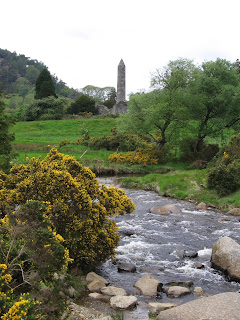 the Regency, a slight twist on a period that’s familiar to a lot of historical romance readers. It’s the decade in which Austen wrote (and set) Sense and Sensibility, Pride and Prejudice and Northanger Abbey. And when I think about what’s happening in her early books—war and riots and social upheaval are always at the margins, characters’ emotions and passions run high, Gothic novels are wildly popular—I see a lot of possibilities for the stories I want to tell. The Rogues and Rebels series takes place during the years surrounding the 1798 Rebellion in Ireland, which leads directly to the 1800 Act of Union, joining Ireland to Great Britain to form the United Kingdom. Believe it or not, contemporaries described it as a “marriage,” although if it was, I’d say it was definitely an enemies-to-lovers romance!

The dogs in this book were some of my favorite secondary characters. Do you share your life with any four-legged family members? Were any of them used as inspiration for the canine characters in your book? 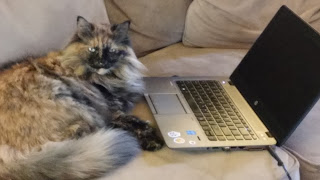 Right now my only four-legged companion is a ridiculously fluffy torti cat named Nutmeg who resents every moment I spend at the computer. But I grew up around dogs on our family farm and I’m sure they have influenced the dogs that inhabit my stories. Pets are such an important part of many of our lives today that it seems only natural to make them part of my characters’ lives too.

Those scenes were a lot of fun to write! I wanted Cami’s writing “voice” to be different from my own, so I thought a lot about the style of novels actually written in the late eighteenth century—as an English professor with a specialty in the literature of the British Romantic period (1780-1830), I have plenty of experience with such books! In particular, I used the work of Sydney Owenson and Maria Edgeworth, two Irish novelists of that period, as models for the kind of book I imagined her writing.

There’s a strong Irish connection in The Companion’s Secret and St. Patrick’s Day is almost upon us. How do you celebrate the holiday? Do you have Irish ancestry? Do you love corned beef and cabbage as much as I do? 😉

Though I do not have Irish ancestry, I claim honorary status because I was born on St. Patrick’s Day! So it’s always a dual celebration at our house, and this year we’re also having my daughter’s 8th birthday party on that day, so you know it’ll be the craic! Though it’s not necessarily traditional St. Patrick’s Day fare, my favorite Irish meal is stew and soda bread.

What was your favorite scene to write in this book? What was the most difficult?

The banter between Cami and Gabriel was so much fun—they’re both quick-witted characters who speak their minds. Have you ever experienced the agony of thinking of the perfect thing to say 10 minutes too late? One of the best parts about being a writer is that your characters never have to suffer through that! They always come up with the perfect line at the perfect time. (Never mind how long the writer had to struggle…) Sometimes, however, a character’s sharp retorts and sardonic smiles hide something painful in his past. The most difficult scene to write in this book was definitely when Gabriel tells Cami about his childhood.

I loved the banter between these two! The scene where Gabriel reveals the secrets of his childhood had me in tears. It may have been your most difficult to write but you certainly did it justice.

Spring Break is almost upon us. If money and time were no issue, where in the world would you choose to spend your break and what would you most want to see/do while there?

Good question! Right now I think my ideal vacation, wherever it took place, would involve lots of peace and quiet and naps! And when I was fully rested, who knows? My daughter is lobbying for Harry Potter World and I have to say that sounds like fun!

Thank you for answering my questions, Susanna. Do you have anything else to add? Would you like to ask our readers a question?

Thanks again for having me! Since you mentioned St. Patrick’s Day, which is tomorrow, I was hoping readers would share their favorite “minor” holiday and tell us how they celebrate.