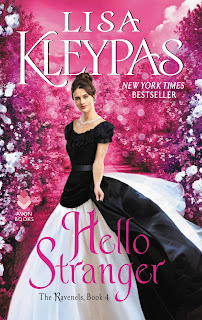 Fans of The Ravenels series will recognize Dr. Garrett Gibson as the pragmatic, dedicated doctor who cares for Winterbourne employees and their families during the day and spends the rest of her time treating those in the poor sections of London who cannot afford her services. She is determined to use her hard-won medical knowledge and skills to educate and care for as many people as possible, especially the women of England who have been taught that to have an interest in their health or bodies is shameful. Her course is set and it doesn't include time for frivolities such as balls and soirees or love and romance. But then Ethan Ransom re-enters her life and brings with him flutters and desires that refuse to be denied.

Ethan Ransom is not the man for Dr. Garrett Gibson. He knows that someone as special as the lady doctor deserves a much better man than he but, even knowing that, he can't seem to keep his distance. Ethan is a man of the shadows, with rough origins, lethal skills, and a secret government job that could bring deadly danger to Garrett's door. He does his best to stay away, while still watching over her, but fate conspires to bring them together time and again and each time their fascination with one another and desire for one another grow deeper. Garrett is confident she can indulge in her body's desires without emotional consequence while Ethan has already fallen hard. He wants her with every beat of his heart but fears what could happen to her if she's pulled into his deadly world.

This is the deeply romantic Lisa Kleypas storytelling that I fell in love with years ago. From beginning to end, Hello Stranger is my favorite book so far in The Ravenels series.

I wasn't sure what to expect of Garrett when I started this book. In previous books in this series we've been shown a no-nonsense doctor who hasn't much of a life outside of her career but she really evolves throughout this story. I loved her strength and determination, her courage to pursue her dreams in the face of monumental odds and to take control of her happiness at the risk of damaging her reputation and endangering her livelihood.

"I have to go," he said shortly, and pulled back while he was still able.
But Garrett moved with him, her hands reaching up to grip his head on either side, the way he'd taught her at Baujart's. The strength of her fingers electrified him.
"Kiss me," she commanded, "or I'll break your nose."
The threat startled a ragged laugh from him. He shook his head as he looked at her, this fearsomely capable woman who loved geese and was afraid of spaghetti, and could either wield a scalpel in a complex surgical procedure or use it as a throwing-knife.
There had always been a cold streak in him, but he couldn't seem to find it now, when he needed it most. He was breaking apart inside. He would never be the same after this.
"Christ, you've ruined me," he whispered.

It was a pleasure to watch Garrett learn to embrace her softer, emotional side without sacrificing any of the strength inherent in her scientific pragmatism and determination. Even when faced with near insurmountable odds to save someone she loves she rolls up her sleeves and marches into the fray, doing what she had been trained to do and refusing to allow emotion or fear to overtake her until every possible medical procedure has been completed. She has enormous strength of will. I admired her, liked her, and happily cheered her on throughout her journey. She is a heroine I will not soon forget.

What can I say about Ethan? ::sigh:: I really fell hard for this hero with his well-hidden Irish accent and caring, protective nature. He has so many layers and I savored the unveiling of every one of them. The scars of his childhood run deep and the bitterness he harbors for the Ravenel family is not without merit. He's convinced the best thing he can do for Garrett is put as much distance as possible between them but outside forces as well as his need to protect her continue to bring them together. He can be cold, ruthless, and lethal when necessary yet beneath the hard exterior lives the soul of a poet and a heart that yearns, as evidenced by this declaration to Garrett during a particularly dire scene:

"The first moment I saw you, I knew you were my share of the world. I've always loved you. If I could choose my fate, I'd never be parted from you. Acushla...pulse of my heart, breath of my soul...there's nothing on this earth more fair and fine than you. Your shadow on the ground is sunlight to me."

::Sigh:: Added to that, he has an innate sensuality and a heart that beats solely for one unconventional woman not in spite of her intelligence and skills but, in large part, because of them. I mean, really, how could I not fall in love with him?

One of the things I most enjoyed about this book was how good Garrett and Ethan are as a couple. They bring out the best in one another, complement each other's strengths and weaknesses. They are each strong individually but stronger together. Neither is diminished by the other and while there are times in the story when Garrett is rescued by Ethan there are others where Ethan is rescued by Garrett. Their love is deep and enduring but they also like one another, admire one another, desire one another, and, in the end, they save one another.

For fans of the series, West Ravenel has a fair amount of page time in this book. The scenes between West and Ethan were some of my favorites in Hello Stranger and have upped my anticipation for West's story. I hope we'll be seeing more of Ethan and Garrett in future books as well. I haven't had nearly enough of them!

Have you read Hello Stranger yet? What did you think?

Are you as excited for West Ravenel's story as I am?

One randomly chosen person who posts a comment before 11:00 PM (Eastern), March 10 will receive a print copy of Hello Stranger from the publisher. U.S. and Canadian addresses only.


ABOUT LISA KLEYPAS
New York Times bestselling author Lisa Kleypas graduated from Wellesley College with a political science degree. She is a RITA award winning author of both historical romance and contemporary women’s fiction. Her novels are published in fourteen different languages and are bestsellers all over the world. She lives in Washington State with her husband Gregory and their two children. 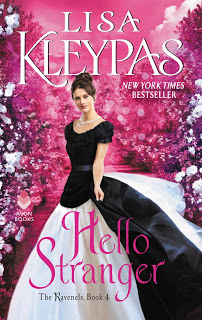 A woman who defies her time
Dr. Garrett Gibson, the only female physician in England, is as daring and independent as any man—why not take her pleasures like one? Yet she has never been tempted to embark on an affair, until now. Ethan Ransom, a former detective for Scotland Yard, is as gallant as he is secretive, a rumored assassin whose true loyalties are a mystery. For one exhilarating night, they give in to their potent attraction before becoming strangers again.

A man who breaks every rule
As a Ravenel by-blow spurned by his father, Ethan has little interest in polite society, yet he is captivated by the bold and beautiful Garrett. Despite their vow to resist each other after that sublime night, she is soon drawn into his most dangerous assignment yet. When the mission goes wrong, it will take all of Garrett’s skill and courage to save him. As they face the menace of a treacherous government plot, Ethan is willing to take any risk for the love of the most extraordinary woman he’s ever known.