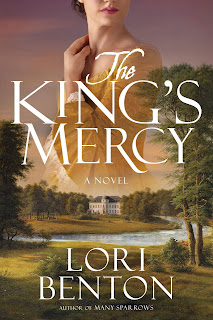 A rebel Scotsman escapes the noose when the King pardons him to serve in the Colonies for seven years. Alex MacKinnon is indentured at Severn plantation as a blacksmith, a fate he struggles with as well as the loss of his country, his family, and his Cause. He finds life on a slave plantation intolerable, except for his interactions with the plantation owner’s stepdaughter, Johanna.

Johanna Carey is expected to wed the plantation’s overseer, Phineas Reeves, a man who does not appreciate Johanna’s mercy for the slaves nor her projected future for them. For guidance, Johanna relies on a traveling minister, Reverend Pauling, who visits seasonally the plantation as well as all over the new world spreading the Gospel.

Alex plans to work his years and return to Scotland--or even leave before his time is up if at all possible. The words of God from Reverend Pauling falls on deaf ears, as far as Alex is concerned, because if there were a God, He would not have landed Alex in this mess nor sided with the British at Culloden. Johanna does not want to marry a man who wants to continue her stepfather’s work, especially if it keeps people enslaved; however, it is a delicate balance to keep the overseer at bay. There are numerous challenges besides, what with the several devastating losses incurred by the plantation: the loss of the mill, the tar kiln blowing up and killing people, and other accidents which are beginning to look less and less like accidents.

The who and whys of the misfortunes will keep you turning pages; and the subplots with the former blacksmith and a senior kitchen maid, a nearby plantation owned by a Scotsman, and time spent in a Cherokee village are interesting and well-researched. Reverend Pauling can be a bit much to handle; and the Christian aspects at times felt heavy-handed; however, in the end, there seemed to be more pleasing aspects than not. (Also I’m somewhat heathen--so the Christian aspects may not feel heavy to others.) I did have a bit of misgivings in the beginning, being the story seemed to not address the aspect of slavery as one would expect in a modern novel--I almost abandoned the book--however, I soon realized that the issue of slavery was to be addressed and on the whole was resolved happily given the time period and location. Worth the read.