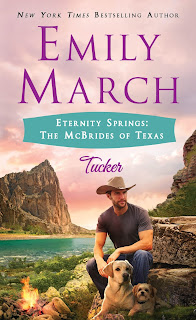 Hope springs eternal in this enchanting Texas town.
Meet Gillian Thacker. Her business: Bliss Bridal Salon. Her passion: Weddings. Her own wedding: It’s complicated. Life isn’t turning out like she’d planned. The last thing she wants is for a real-life hero to ride to her rescue when an unexpected event puts her entire future in Redemption, Texas, at risk. So what’s a broken-hearted bridal expert to do? Maybe a new set of survival skills is exactly what she needs…
Tucker McBride has been proud to call himself a U.S. Army Ranger. But now that his days of service are over, he’s decided to put his expertise to use by founding a wilderness skills training school. He sets up shop in Redemption, next to Bliss Bridal, and so begins life: Part Two. Marriage has been pretty low on his agenda, but as soon as he meets Gillian, Tucker can’t help but contemplate the ultimate challenge: Convincing the reluctant bride to take his hand and leap into the adventure of a lifetime. . .until death do they part.

I'm really enjoying the new community of characters March has brought to her Eternity Springs series through this connected - but standalone - trilogy. I fell in love with her McBride family before she created Eternity Springs so it's been fun to follow second generation McBride cousins Jackson and Tucker (and next up, Boone) as they navigate the trials of starting over and finding love in Enchanted Canyon.

I fell hard for Tucker. He's such a good guy: sexy, honorable, and caring. He's a bit lost when he arrives in Redemption, having retired from the Army and not sure what he wants to do with the rest of his life. March does a good job of showing his evolution. I love how much he cares for his family. His relationship with Jackson's young daughter is especially poignant. I also love how well he knows Gillian, often better than she knows herself.

Gillian took longer to warm up to. She runs a successful business but personally, she's a mess. For almost half the book she's engaged to someone else and when that ends (he's a cheating jerk), it sends her self-confidence and trust in her own decisions into a spiral. I understood her caution with Tucker (their romantic relationship doesn't begin until after her engagement ends) but I grew frustrated with how she treats him and his feelings for her. She comes around in the end but I wanted more evidence of her investment in their relationship. I'm hoping to see that in the final book of the trilogy.

March infused the story with plenty of good humor and heart-tugging emotion to keep me engaged and gives readers a peek into Boone's dilemma that has me eagerly anticipating his story in the next chapter of the McBrides of Texas.

You don't have to have read the Eternity Springs books - or the earlier McBride books - to enjoy TUCKER. I do, however, recommend reading JACKSON first for a better understanding of characters from JACKSON whose stories continue in TUCKER.

Emily March is the New York Times, Publishers Weekly, and USA Today bestselling author of over thirty novels, including the critically acclaimed Eternity Springs series. Publishers Weekly calls March a "master of delightful banter," and her heartwarming, emotionally charged stories have been named to Best of the Year lists by Publishers Weekly, Library Journal, and Romance Writers of America.


A graduate of Texas A&M University, Emily is an avid fan of Aggie sports and her recipe for jalapeño relish has made her a tailgating legend.