Cover Reveal - - Beyond Just Us

PJ, here. I am so excited for the upcoming (May 19) release of the final book in Kimberly Kincaid's Remington Medical contemporary romance series. I'm loving the sexy, sassy, and deeply emotional stories in this series and have been looking forward to Tess's book from the beginning. And how fitting that this series centers around health care professionals. These people are my heroes! 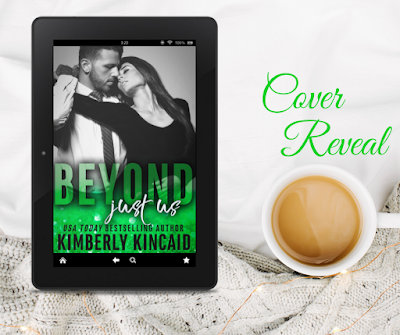 Remington’s most cynical doctor is about to get upended by two little words:
I do.

Tess Michaleson runs her ER like she runs her life—
no pretenses, no exceptions.
As a single mother, she can’t afford anything less.
As a woman who’s been burned by love?
She can’t believe in anything more.
Her son and her job are the center of her world.
That’s all Tess needs.

Until Declan Riley falls into her arms…
literally.

His tattoos and his Irish accent are enough to melt her panties
His diagnosis? That’s enough to break her heart.
But Tess can help him get the care he needs…

All she has to do is marry him.

Declan knows he should keep Tess at arm’s length.

What they have is temporary. Necessary.

And he knows from experience just
how dangerous getting close can be.

But the longer he’s around the smart, sexy doctor and her son,
the more Declan realizes
close isn’t enough.

He wants Tess. He wants it all.

Even if he has to do the one thing he swore he never would to have her. 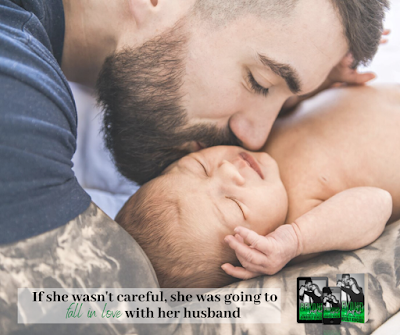 
“Ah, I do love wedding duty,” the judge said, not batting so much as a single lash at the fact that both Tess and Declan were clad in jeans and T-shirts or that one of their “witnesses” was still in diapers. “I’m Judge Esposito, and I’ll be presiding today. Shall we get started?”

Then Judge Esposito threw out a whammy. “Tess. Declan. You may join hands as you recite your vows.”


Oh, hell. She had just watched Charlie and Parker get (re) married. How had she forgotten this part?


Thankfully, Declan covered her hesitation by smoothly scooping up both of her hands. His fingers closed around hers with the perfect amount of pressure to let her know he was there, steady, but not so much that he overpowered her. It put her oddly at ease, and before Tess knew it, Judge Esposito was on to the ceremony. The words were boilerplate, and Tess had, of course, heard them before at her own failed wedding, not to mention a dozen more for family and friends. They got through the intention part easily enough, needing only to say “I do” when called upon. Tess even managed to repeat the judge’s words about richer or poorer and sickness and health, then slide the ring Connor had given her onto Declan’s finger, without much fanfare from her heart. She was a doctor. Sickness and health were the whole point.


But then it was Declan’s turn, and her heart delivered a completely unexpected bitch-slap before galloping through her chest.


“I, Declan, take you, Tess, to be my wife. To have and to hold”—he slid his right hand from her left to cup her chin in illustration, and making Charlie and Harlow and Tess’s traitorous lady bits sigh in unison. This is an act to make things look genuine. The words don’t really apply to you, she reminded herself sternly, meeting his gaze head-on as he continued with the script—“in sickness and in health, for richer or poorer”—Declan’s thumb swept over her cheek. God, he was really selling it—“and I promise my love to you. With this ring, I thee wed.”


He slipped the ring he’d chosen onto her finger, gathering her hands in his again as Judge Esposito took the lead.


“Love is the reason you’re here today, and it should be the core of your marriage.”


Tess’s pulse sped up. Speaking of words that didn’t apply. Still, this had to look legit, so she kept her expression steady, and—whew—Declan did the same.


“But it also will take trust,” Judge Esposito continued. “To know in your hearts you want the best for each other. It will take dedication, to stay open to one another; to learn and to grow together even when it’s not always so easy to do.”

The thump of her heartbeat pressed faster against her ears. “It will take faith, to be willing to go forward to tomorrow, never really knowing what tomorrow will bring. In addition, it will take commitment, to hold true to the journey you both now pledge to share together. Tess and Declan.” The judge smiled so warmly that for a tiny, split second, Tess felt a ribbon of warmth uncurl in her chest, too.

“In so much as the two of you have agreed to live together in matrimony, have promised your love for each other by these vows, I now declare you to be husband and wife.” Judge Esposito’s smile grew even bigger as he added,

Link to book on all retailers: https://kimberlykincaid.com/beyond-just-us/


Have you discovered Remington Medical yet?

What books are lifting your spirits these days?

Do you have a medical professional in your family? Give them a shout out!

One randomly chosen person who comments before 11:00 PM (Eastern), March 28, will receive a Kindle copy of Back to You, book one in Kincaid's Remington Medical series.