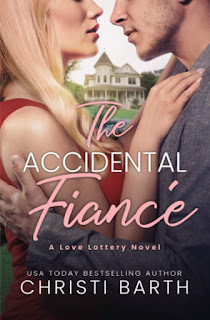 When former hotel manager Alex Kirkland, his sister and their best friends pooled their money for an unusual lottery prize—a historic, dilapidated inn on the Maryland shore—as a last-ditch attempt to escape rotten circumstances, they never expected to win. But they’re all looking for a fresh start and a second chance, so Alex convinces everyone to move in and repair the building in time for the spring wedding season.Sydney Darrow never planned to return to her hometown. But her family needs her and Sydney can endure anything for 90 days—including making sandwiches and serving coffee with a smile until she returns to her jet-setter career. When her grandma mistakes a handsome customer for the “fiancé” Sydney created when she thought her grandma was on death’s door, well...Sydney will do anything to keep her spirits up during treatment. She can persuade him to keep up the charade for a few months, right?But when Alex agrees to play along, will they both fall for their own fiction?
PJ's Thoughts:
What a thoroughly charming story. Christi Barth has created a welcoming community of intriguing characters on the Maryland shore that have me wanting to return again and again.
At the heart of the story are Alex, his sister, Amelia, and their two best friends, Everleigh and Teague. I really loved this small family of the heart. It was fun to watch them come together to create a place that will hopefully secure their future as well as become their home. Their relationships are realistic, heart-tugging, and not without their issues but their love for, and support of, one another is solid. Sometimes, too solid for those who would like a little more independence from well-meaning but over-protective siblings. I'm looking forward to getting to know all of them in more depth and follow their individual journeys in future books.
Sydney may not hold any love for her hometown but her loyalty to her family is bone deep. It's that family love and loyalty that causes her to propose a fake engagement to a stranger and Alex's own family history that leads him to agree. These two are so sweet together. I really enjoyed their journey from strangers to friends to so much more. There's a twist in their story that I did not see coming and though some might find it a bit beyond the realm of believability, I was willing to buy into it and the conflict it caused. It gave both Alex and Sydney the vehicle they needed to look deeply into their own hearts and evaluate the importance of their hopes, career dreams, and personal desires in order to determine what was most important to them. Without that twist, I would not have been as confident in the staying power of the love that was developing between them.
If you're in the mood for a sweet, charming, contemporary romance with heart, humor, likeable characters, and one feisty grandma, give Christi Barth's The Accidental Fiancé a try. I'm already gearing up for book two, Definitely Not Dating, featuring Everleigh (whose bad dating choices usually leave her holding the short end of the stick) and Police Chief, Matt Halliday (a great guy who's keeping a secret that may put everyone at risk). It's available for pre-order and will be released May 4.
Posted by pjpuppymom at 12:30 AM