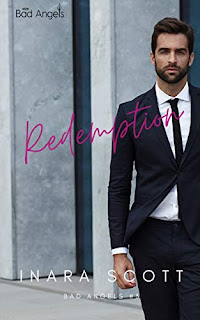 Two people used to having everything will have to figure out how to survive with nothing...It's the road trip from hell for business tycoons—and long-time rivals—Nate Etherley and Cece Kerr. To convince the owner of the viral new app Byways to sell, they'll have to use the app to take a backroads trip from San Francisco to Taos—with no phones, credit cards, or five-star hotels to bail them out. From truck stop coffee and flat tires to stars in the desert sky, they've got a lot to learn—about themselves, and each other.They'll either kill each other...or fall in love.
PJ's Thoughts:
I loved this book. It spoke to me on so many levels. First off, it's an enemies-to-lovers story, one of my favorite tropes, and wow, do these two ever bring it to life. The tension and animosity, the snippy banter, the one-upmanship; they're all fully evident whenever Cece and Nate are in the same area. But there's much more to each of them than one would think, an unanticipated sweetness and vulnerability, an unexpected opportunity for reflection and growth, hidden depths that Scott slowly and skillfully unveils during their five-day road trip from hell that turns into something neither expected, nor wanted, but can't deny. I couldn't get enough of it, or them.
I've been stuck at home for a year now. A good road trip is something I'm craving and reading Redemption was almost as good as being out there myself. The pictures Scott paints with her words immersed me in the grandeur of the Rockies, the stark beauty of a desert night, the all-encompassing awe of a midnight sky flooded with sparkling stars so bright they hurt your eyes. She doesn't only tell us about Cece and Nate's backroads adventure; she takes us along for the ride. If ever a book made me want to hop in my car and explore this country, not from the expedient interstates, but via leisurely drives through small towns, national parks, and roadside attractions, this one is it. Then there are the characters they meet along the way, each one adding richness and depth to the journey with the stories they tell, the unexpected lessons they impart, though in some cases it takes a while for those lessons to sink in. I wanted to spend time with them too.
But at the heart of the story, are Nate and Cece, two driven workaholics who are forced to slow down, disconnect, and confront the fears, anxieties, and yes, the reluctant attraction, bubbling just below the surface. Scott takes her time with them, slowly and realistically peeling back the layers until finally those deepest fears, yearnings, hopes, and desires become clear. Until they are laid bare before one another, with their weaknesses and vulnerabilities on full display. Only then, can the emotional baggage they carry (and there's a bunch) be dealt with. Only then, will they have any hope of rebuilding a strong relationship on ground solid enough to last a lifetime.
I was with these characters every step of the way, laughing, crying, aching, and sighing. Nate and Cece are one of my favorite contemporary couples and I have no doubt they will stay with me for a long time. I've already read their story twice. I'm sure I'll be revisiting them again. This book is just that good.
Redemption is the third installment in Inara Scott's Bad Angels series. It can be read on its own though you will meet the couples from the first two books in the series, both of which I also recommend.
Heartbreaker - Book 1 (read my review)
Temptation - Book 2 (read my review)
Posted by pjpuppymom at 12:30 AM