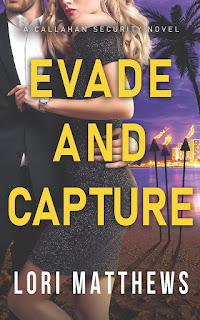 Can Jameson Drake save his sister and the woman he loves?

Spencer Gordon wasn’t expecting the call from Kathleen Drake, a woman she’d spent years keeping safe as part of the Witness Protection program. The terrified woman begged Spencer for help. Taking a leave of absence from her job with Homeland Security, Spencer hurries to her friend’s side. But the threat to Kathleen is larger than Spencer bargained for, forcing a call for reinforcements. She didn’t count on being attracted to Kathleen’s arrogant, annoying, and sexy as hell brother.

Searching for his sister has been a driving force for businessman and multimillionaire Jameson Drake. When a woman approaches him out of the blue claiming to know where his sister is, he has no choice but to go along. He’d imagined all kinds of wild theories about what happened to Kathleen but the truth is more shocking than even he’d ever guessed.

Forced to work together to keep Kathleen safe, Spencer strikes an uneasy alliance with Drake, wavering between wanting to shoot him, and needing to kiss him. Other than their mutual attraction, the one thing they do have in common is their desire to keep Kathleen safe. If only the mob didn’t have a different agenda.

PJ's Thoughts:
Talk about your wild rides! Lori Matthews cranks up the danger, action, suspense, and romance in this fast-paced, non-stop fourth book of her Callahan Security series. I could not put it down.
If you're a fan of this series, you know Jameson Drake has never stopped searching for his sister. It's been the driving force in his life for the past sixteen years and a common, secondary thread through the first three books of this series. I was hopeful for a positive resolution to his search but, come on, it's been sixteen years, right? I couldn't figure out how Matthews was going to bring Kathleen back into his life and keep it realistic or how she would manage to pull off a happy ending for everyone once we got into the heart of the story but that's exactly what she accomplished...while keeping me on the edge of my seat, trying to figure out what would happen next, and flipping pages for all I was worth from beginning to end.
I loved how Drake's character evolved in this book, showing us a softer side along with well-hidden facets of the millionaire businessman that I never would have guessed. I wasn't sure how I felt about him in earlier books (his character really isn't fleshed out until this book) but he ended up being one of my favorite characters of the series. I didn't know what to make of Spencer at first but she won me over with her staunch loyalty to Kathleen and her kick-ass, take no prisoners attitude backed up by well-honed skills. She also is a character who evolves over the course of the book and I really enjoyed her growth from beginning to end.
If you enjoy fast-paced romantic suspense with intriguing characters, snappy dialogue, sizzling romance, breath-stealing danger, unexpected twists and turns, and guaranteed happily-ever-afters, at least for the good guys, give Lori Matthews' Evade and Capture a try. I highly recommend it.
*Evade and Capture is the fourth book in the Callahan Security series. While heroes from previous books are instrumental in this story and Drake's search for his sister is introduced early on in the series, his own story really doesn't take off until the beginning of this book. Evade and Capture can absolutely be enjoyed as a standalone.
Posted by pjpuppymom at 1:30 PM