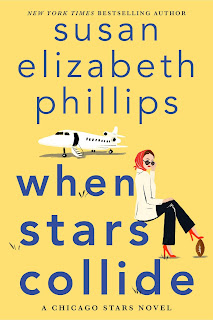 Thaddeus Walker Bowman Owens, the backup quarterback for the Chicago Stars, is a team player, talented sideline coach, occasional male underwear model, and a man with a low tolerance for Divas.

Olivia Shore, international opera superstar, is a driven diva with a passion for perfection, a craving for justice, too many secrets—and a monumental grudge against the egotistical, lowbrow jock she’s been stuck with.

It’s Mozart meets Monday Night Football as the temperamental soprano and stubborn jock embark on a nationwide tour promoting a luxury watch brand. Along the way, the combatants will engage in soul-searching and trash talk, backstage drama and, for sure, a quarterback pass. But they’ll also face trouble as threatening letters, haunting photographs, and a series of dangerous encounters complicate their lives. Is it the work of an overzealous fan or something more sinister?

This is the emotional journey of a brilliant woman whose career is everything and a talented man who’ll never be happy with second place.  Tender and funny, passionate and insightful, this irresistible romantic adventure proves that anything can happen…when two superstars collide.

Is it wrong that I want Phillips to spend the rest of her writing career creating new Chicago Stars stories? Not that I don't enjoy her other books - I do - but there's just an extra sumpin sumpin about the books in the Stars universe that check my happy reader boxes.

When Stars Collide is brimming with many of the things I enjoy about Phillips' books: snappy banter, sizzling chemistry, and a  satisfying depth of emotion. This book also tosses in a mystery/suspense thread that builds throughout the book and kept me guessing right up until the reveal.

The book started a bit slow for me but once Olivia and Thad teamed up it began to pick up speed and kept its pace until the conclusion. I really enjoyed seeing these two go up against one another. They're so sure they are polar opposites and neither has much respect for the other at the beginning, which made the unraveling of their misconceptions, and development of their relationship, so much fun to watch. I also found the behind-the-scenes look at life as an opera star fascinating. It allowed readers to gain a deeper understanding of Olivia, while the push and pull between Thad and the rookie QB replacing him with the Stars offered insight into what makes him tick.

If you like opera or football or just a well-executed story with romance, suspense, heart-tugging emotion, and a generous sprinkling of SEP wit and humor, give this one a try. It's the ninth book in the Chicago Stars series but stands well on its own.