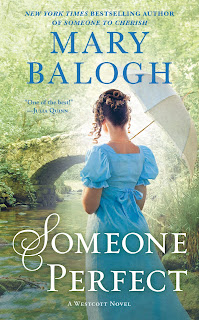 As a young man, Justin Wiley was banished by his father for mysterious reasons, but now his father is dead, and Justin has been Earl of Brandon for six years. A dark, dour man, he nonetheless takes it as his responsibility to care for his half-sister Maria when her mother dies. He travels to her home to fetch her back to the family seat at Everleigh Park.

Although she adored him once, Maria now loathes Justin, and her friend Lady Estelle Lamarr can see immediately how his very name upsets her. When Justin arrives and invites Estelle and her brother to accompany Maria to Everleigh Park to help with her distress, she begrudgingly agrees for Maria's sake.

As family secrets unravel in Maria's homecoming, Justin, too, uncovers his desire for a countess. And, while he may believe he's found an obvious candidate in the beautiful 25-year-old Lady Estelle, she is most certain that they could never make a match...

Once the Bridgertons all get their Netflix seasons as they justly deserve, I pray the next romance novel series that is brought to life is Balogh’s Westcott series. Not only do I want to see the Duke of Netherby brought to life (a younger Benedict Cumberbatch sort), I want a reason to finally get that family tree printout I’ve always wanted to keep all the characters straight. I love them. They’re meddling. They’re haughty. They defy convention. Shonda Rhimes would have a blast in reconstructing every wedding of the Westcotts, where each of them basically get out of a big wedding and do some sort of elopement on the fly. Except this one. Hurrah, fans, finally a big wedding!

But I’m getting ahead of myself. And I hope you don’t mind I gave away the happily ever after, but if you’ve read any Mary Balogh books, you know a HEA is in the offing, no matter how much on tenterhooks she might be keeping her readers. Instead, we start off the book with a beloved character–Lady Estelle–who is the twin daughter of the Marquess of Dorchester, who you might remember (if you too have a family tree printout) is married to Viola Kingsley, who we learned in the first book was bigamously married to the Earl of Riverdale, who died and ruined everyone’s lives, starting us on this grand adventure of a series. Of course, you don’t need to know all this or have read Viola’s book–or the ones before it–but much like the Bridgerton series, it’s more satisfying if you do because all the characters are beloved family members you know better than your own family.

Lady Estelle has agreed to accompany a friend, Maria, in order for her to get settled. Maria is being forced back home after several years of being estranged from her stepbrother, Justin, whom she believes wronged her mother and their family. Lady Estelle, not one to judge and willing to help her friend, also does not care for Justin from the few interactions they have had. Think Pride & Prejudice. There’s haughtiness. There’s stilted conversation. There’s a terrible proposal. Justin does not acquit himself well. I was delighted by it, wondering how the hero was going to win her over.

But slowly the truth begins to reveal itself. Slowly the real Justin emerges from the brittle hard man his sister and her friend see; and Estelle is confused who the real Justin is: the one her friend has told her horrible stories about or the one who shows true kindness in the most unexpected ways? Balogh does what she does best: she creates and mingles large, complicated yet kind families together to show the joy of the ties that bind. Yes, there are outbursts and Dramatic Scenes, but the family who stays together, talks it out and gives each other grace. It’s lovely to read and enjoy–and when the truth is actually revealed, we see that first impressions aren’t always true.

I think this book made a nice ending for the Westcott series (though of course, I wouldn’t say no to a book for Bertrand.) If I had one critique–I was a bit disappointed about Justin’s father. I think Balogh clearly motivated her character in why he behaved how he did. I can see it, but I didn’t like him for it. For other readers, they may also have an issue with how the father behaved and that aspect would keep it from being a truly satisfying book. As someone who realizes life doesn’t always allow do-overs or people to get everything right the first time, or how one’s virtue can also be their downfall, it made sense to me even though I was sad for the characters.

I enjoyed this book enough to garner it 5 stars (it would truly have to be a bad book indeed for me to do otherwise to a Balogh book) but I would say this wasn’t my favorite of the series. (Though that proposal will likely live on in my memory. Egads.) This may be because the Duke of Netherby didn’t have such a starring role as he’s had in other offshoots–and he is hilarious every time he enters the fray. But if I had to pick a favorite character here, Lady Maple is perhaps the most like Netherby: eccentric, unfiltered, confident. Still, this book is studded with lots of characters, all wonderful, real, and heart-warming. Highly recommend.

Are you a Mary Balogh fan? Have you been reading the Westcott series?

For what series would you most like "just one more book?"

One randomly chosen person who posts a comment before 6:00 PM (EST), December 25 will receive a print copy of Someone Perfect.