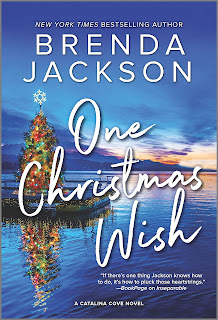 It’s Christmas in Catalina Cove, a time of promise and second chances. But when you’re starting over, love is the last thing you’re wishing for…Vaughn Miller’s Wall Street career was abruptly ended by a wrongful conviction and two years in prison. Since then, he’s returned to his hometown, kept his head down and forged a way forward. When he is exonerated and his name cleared, he feels he can hold his head up once again, maybe even talk to the beautiful café owner who sets his blood to simmering.Sierra Crane escaped a disastrous marriage—barely. She and her six-year-old goddaughter have returned to the only place that feels like home. Determined to make it on her own, Sierra opens a soup café. Complication is the last thing she needs, but the moment Vaughn walks into her café, she can’t keep her eyes off the smoldering loner.When they give in to their attraction, what Sierra thought would be a onetime thing becomes so much more. Vaughn knows she’s the one. Sierra can’t deny the way Vaughn makes her feel, but she’s been burned before. With Christmas approaching, Vaughn takes a chance to prove his love, and it will be up to Sierra to decide if her one Christmas wish—true happiness—will come true.
PJ's Thoughts:
I've enjoyed each book in Brenda Jackson's Catalina Cove series. She brings this small southern Louisiana town to life and populates it with intriguing characters who are easy to root for. While fans of the series will no doubt enjoy catching up with some of those earlier characters, Sierra and Vaughn are new to the series. Readers who are also new to the series can easily begin with One Christmas Wish without any confusion.
Sierra and Vaughn's relationship is not without its challenges, with Sierra throwing up roadblocks with frequency. Her former marriage definitely took a toll on both her own self-worth as well as her willingness to let another man into her life. I wanted to toss her ex off a remote, very high, cliff for what he put her through both during their marriage as well as in the present. She has some growing - and healing - to do in order to be ready to open her heart again.
Vaughn has emotional baggage in his past as well but seems to have reached a point where he's dealing with it better than Sierra. He's such a good guy. I loved his chemistry with Sierra and the deeper feelings he's ready to embrace. I also loved his interactions with Sierra's adopted daughter, Teryn, a six-year-old dynamo who steals every scene she's in.
While reading this book, I spent a lot of time drooling over the soup specials at Sierra's restaurant (I need recipes) as well as immersing myself in the holiday events in Catalina Cove. Jackson depicts the town so vividly.
There are a few secondary stories intersecting with Sierra and Vaughn's relationship which add intrigue, angst, a threat against Sierra, and the introduction of a new couple for a future book. There are also some threads left hanging from the potential resolution of the issue regarding Sierra's ex-husband. I hope that will be addressed in the next book. Only then, will I be certain of the happy ending this book promises.
I can always count on Brenda Jackson for an immersive reading experience that brings all the feels and she delivers once again with this newest Catalina Cove tale. I'm already looking forward to my next visit to this small, friendly town on the bayou where second chances and love await new residents as well as those who find their way back home. 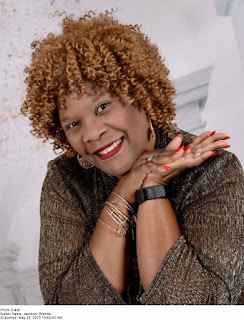 Brenda Jackson is a New York Times bestselling author of more than one hundred romance titles. Brenda lives in Jacksonville, Florida, and divides her time between family, writing and traveling.