First Look - The Year of Cecily 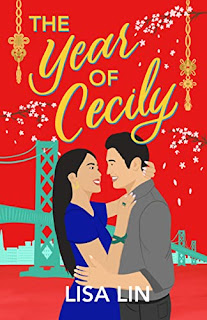 This is the year of Cecily Chang.San Francisco attorney Cecily Chang is ready to tackle the New Year head on, so she creates a list of resolutions guaranteed to reboot her life—right after her dutiful visit home to Sunset Park, Brooklyn, for the Lunar New Year. Cecily prepares to face her critical, meddling mother, nosy relatives, and the chaos and drama family togetherness brings. At least the food will be delicious. This holiday, Cecily vows to remain calm—as long as she doesn’t see him.Jeffrey Lee deeply regrets how he ended things with Cecily ten years ago, but he felt it was best for her at the time. When he runs into her again during the New Year, he sees it as a sign. Now a successful screenwriter, Jeffrey is determined to win back Cecily’s heart.But Cecily doesn’t believe in signs or second chances and embraces her new resolutions. This time, Jeffrey won’t give up—and he’s convinced he can write them a new Hollywood happy ending.
PJ Says:
For as long as I've known Lisa Lin, she's wanted to write stories. Lisa and I met through a published author's forum many years ago, formed an online friendship, met in person at a writing conference in 2011, and continued to deepen our friendship as conference roommates over the next several years. During that time, I've watched Lisa hone her craft through classes and workshops, soaking up the teachings of published authors along the way, fine-tuning her witty, sarcastic, comedic chops, testing her skills - testing herself - representing her culture in her stories, and writing, writing, writing. She's worked hard and, as her friend and cheerleader, I am so incredibly proud of her and excited for the upcoming publication of her debut novel, The Year of Cecily.
Be sure to stop by December 15 when I'll be sharing an excerpt from The Year of Cecily and giving away an advance copy of the book!
Just this week, Lisa revealed the cover of the second book in this debut series, The Rachel Experiment, scheduled for publication on May 16, 2023. Both books are currently available for pre-order at your favorite book-buying site. 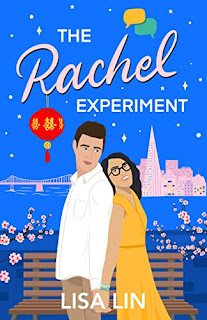 As a financial analyst, Rachel Bai is more comfortable with numbers than people. When her boss promotes her to head a team in San Francisco, his message is clear—she has one year to build a successful team and become an effective leader. Rachel sets out to discover how to be more comfortable interacting with people, but a drunken night meant for research results in a mechanical bull ride and a one-night stand with a sexy stranger—definitely not part of her plan.
Attorney Luke Trudeau is intrigued by the mysterious woman who’s determined to put their night together firmly in her rearview mirror. So when Luke sees Rachel again, he proposes a deal: he'll smooth out her rough social edges and teach her to charm clients if she’ll help him devise a financial plan to open his own practice.
It seems like a win-win, but Luke breaks the rules by falling in love. Can he convince Rachel that what they have is real and, when it comes to love, there are no set rules? 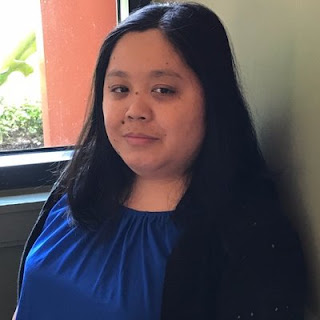 Lisa Lin has been an avid romance reader and fan since she read her first Nora Roberts novel at the age of 13 after wandering the aisles of her local bookstore. Lisa loves that romance has the power to inspire, and believes that HEAs are for everyone.

Lisa writes light contemporary romantic comedies with a liberal dash of snark and banter. She enjoys delving into the complexity of Asian and immigrant family experiences, and celebrates female friendships in her trademark dry, witty style. As an Asian-American author writing own voices Asian American stories, Lisa hopes that her books will show the diversity of the Asian-American experience, and the importance of every reader being able to see themselves represented on the page.

Having grown up in Pennsylvania and helping out at her parents’ restaurant, Lisa has never bothered to learn to cook. She has two liberal arts undergraduate degrees and a J.D, and in her former life she was an intern, then Legislative Assistant for a PA State Representative. She also worked as a paralegal at a boutique law firm. Lisa is a politics junkie (don’t get her started on the wonder that is The West Wing!), indulges in naps whenever possible, and believes Netflixing in her pajamas and ordering take out qualifies as the perfect weekend.