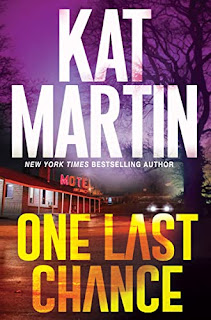 Former Green Beret Edge Logan has made a new life for himself at Nighthawk Security in Denver, using his finely honed skills to neutralize threats of all kinds. When he overhears friend and fellow agent Skye Delaney discussing a new case involving her missing sister and a mysterious cult, he offers himself as backup. With her own military background, Skye is gutsy and more than capable, but a cult like Children of the Sun is too risky for anyone to investigate alone. Skye is grateful for Edge’s experience, even though she is aware of the attraction simmering between them. Her battle scars make her reluctant to get involved with anyone, much less a coworker—even a warrior like Edge. But infiltrating the cult’s compound is more complicated than expected—and something much more sinister than worship is clearly going on behind its walls. As the pair works against the clock to unearth high-stakes secrets, the personal barriers between them begin to crumble. Together, can they unmask the face of evil before their time runs out?
PJ's Thoughts:
This third book in Martin's Blood Ties, The Logans series is a fast-paced, non-stop, edge-of-the-seat thriller filled with murder, mystery, forced cult imprisonment, betrayal, dysfunctional family dynamics, and more than a few surprises. Each time I thought I had figured out what was happening in Skye's and Edge's mission to rescue her sister, a new twist sent them in a different direction. I love when an author keeps me on my toes, trying to tie up all the threads of a story before the big reveal. In One Last Chance, Martin carefully wove in unexpected layers that would eventually reveal connections that would have wide-spread consequences...and would keep me guessing until the end. There was much more to this than a clear-cut religious cult.
The action and suspense of this story took center stage but romance was not left behind. I enjoyed the chemistry between Edge and Skye, the partnership formed while they stood side by side as equals, and the growth both experienced as they sorted through emotional baggage. I was firmly in their couple corner the entire way.
While this is the third book of this series, it can be enjoyed as a standalone. Actually, all three books - while connected by the three brothers - stand well on their own. If you choose to begin with One Last Chance, rest assured you'll be able to jump right in without missing a beat.
If you're a fan of action-packed, high-intensity romantic suspense, give this one a try. I couldn't put it down.
Click the title to read my reviews of book one, The Last Goodnight and book two, The Last Mile.
Posted by pjpuppymom at 6:00 AM