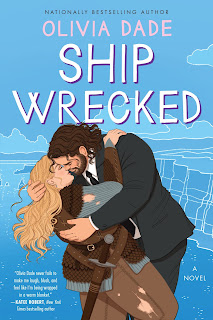 Maria’s one-night-stand—the thick-thighed, sexy Viking of a man she left without a word or a note—just reappeared. Apparently, Peter’s her surly Gods of the Gates co-star, and they’re about to spend the next six years filming on a desolate Irish island together. She still wants him…but he now wants nothing to do with her.

Peter knows this role could finally transform him from a forgettable character actor into a leading man. He also knows a failed relationship with Maria could poison the set, and he won’t sabotage his career for a woman who’s already walked away from him once. Given time, maybe they can be cooperative colleagues or friends—possibly even best friends—but not lovers again. No matter how much he aches for her.

For years, they don’t touch off-camera. But on their last night of filming, their mutual restraint finally shatters, and all their pent-up desire explodes into renewed passion. Too bad they still don’t have a future together, since Peter’s going back to Hollywood, while Maria’s returning to her native Sweden. She thinks she needs more than he can give her, but he’s determined to change her mind, and he’s spent the last six years waiting. Watching. Wanting.

I was blown away by Olivia Dade's Spoiler Alert, set within the fanfic world of the hit (fictional) television show, Gods of the Gates. Then came book two, All the Feels (click for review), and let me tell you, I felt all. the. feels. How, I wondered, would Dade possibly top Alex and Lauren's journey to love? With co-stars (grumpy, socially awkward) Peter and (sunny, confident) Maria, with set-the-sheets-on-fire chemistry, intense yearning, emotional angst, hilarity, snappy banter, laugh-inducing nicknames, and a hard-won happily ever after, all wrapped up in an immersive story that I could not put down. That's how she did it.

I fell head over heels in love with both Peter and Maria. How could I not when the author's love for these characters she had created was so clear? These are complex characters and the care she took with each of them was evident in their development, layers, flaws, fears, hopes, and dreams; in their subtle - and not so subtle - nuances, and in their significant personal growth. Dade's characters are so very real and relatable.

I have enormous respect for an author who, in a sea of ripped heroes and svelte heroines, chooses to create both a fat leading man and leading lady, embracing them as they are without making their weight a negative facet of their story. Peter is tall and broad-shouldered, with thick thighs and arms, and a soft belly, qualities Maria loves about him. He surrounds her body, makes her feel safe. Maria is a tall, strong, blonde Swede with with a healthy love of her ample curves and the fortitude to stand strong against those who would risk her health for a smaller silhouette on TV. Great body positivity! And she's not the only one who loves those curves. Needless to say, Peter and Maria enjoy an energetic and steamy physical relationship once they make the decision to indulge.

Secondary characters are flawlessly woven in and out of the story, interacting with Peter and Maria in ways that highlight facets of their personalities and move their story forward while also giving fans of the series a look at favorite couples from other books and new favorites to embrace. The relationships from the three books all move in a similar timeline so for those who have read the first two books, it's fun to view certain events from a different perspective. For those new to the series, if you want to avoid spoilers I recommend reading the three books in order. Though you can definitely enjoy Ship Wrecked as a standalone, my own enjoyment was enhanced by having read books one and two first.

A particular highlight of Ship Wrecked for me was Dade's impeccable comedic timing balanced with heart-tugging emotion.  In Chapter 16, when Peter and Maria are sent to Stockholm on a publicity trip and stay with her family we are treated to both. There were heartbreaking parts of that chapter where I cried for past experiences Maria finally shared with Peter and other parts where people on the other side of my house were tracking me down to find out why I was snort laughing so loud and often. Pro tip: do not eat or drink anything while reading Chapter 16.

Olivia Dade has secured her place on my must-buy, favorite-author, I-will-never-miss-a-single-book-she-writes, all-novels-go-straight-to-my-keeper-shelf list. I enthusiastically recommend giving her a try.

One last thing: kudos to Avon for a fantastic cover that accurately depicts these wonderful characters!

Have you read any of Olivia Dade's books yet?

Have you read other romances where body positivity is an integral part of the story?