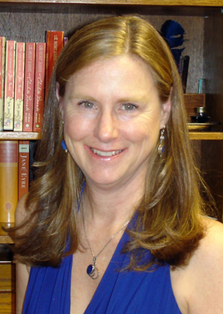 Syrie James is the bestselling author of four critically acclaimed novels. Hailed by Los Angeles Magazine as "the queen of nineteenth century re-imaginings," Syrie's books have been translated into 15 languages. Syrie is also a screenwriter, a member of the Writers Guild of America, RWA, and the Jane Austen Society of North America. After a successful career in Hollywood, Syrie followed her passion and wrote The Lost Memoirs of Jane Austen, which sold at auction to HarperCollins, became a bestseller, and was named Best First Novel of 2008 by the Library Journal. Her next book, The Secret Diaries of Charlotte Brontë, was honored as a Great Group Read 2009 by the Women's National Book Association. Syrie's name (rhymes with Dearie) was inspired by a character in a radio show her mother listened to as a little girl. Having no idea how to spell it, her mom made it up!  Please join us in welcoming Syrie to The Romance Dish!


Syrie James Dishes About Heroes: The Men She Loves To Write About

Hi, Romance Dish Ladies, and thanks for having me! I’m here to talk about HEROES … the men I love to write about in my novels, the kind of men I find sexy and romantic, and why ... and to give away a hardcover copy of my new release, Nocturne.

But let's start from the beginning. And let's get one thing out there, right off the bat: physically, all the heroes in my books share one common trait: they are very, very good-looking. Stunningly handsome, in fact, with perfect physiques, and they're all great kissers. Would we want it any other way? 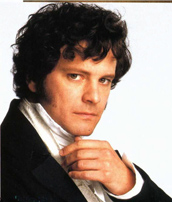 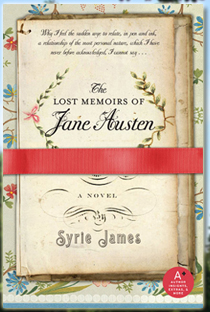 In The Lost Memoirs of Jane Austen, my debut historical fiction novel, the hero is Mr. Frederick Ashford. The book reveals the untold story of Jane Austen's life-changing, star-crossed love affair, a romance that is interwoven with the true facts of Austen's life. Inspired in part by the best of the heroes in Jane Austen's novels, I like to think Mr. Ashford stands on his own as the man with whom Jane Austen would have truly fallen in love. He is dashing, charismatic, highly intelligent, passionate, sensitive, and well-read. He is also rich. (Rich is good, but not a requirement.) He has an excellent sense of humor—a necessity for a great hero in my eyes (and certainly in Jane Austen's.) He and Jane initially connect via stimulating conversation about books, and later, when he discovers Jane's talent for storytelling, Mr. Ashford rekindles her faith in herself and encourages her to follow her passion. He believes in Jane's genius, respects and supports her dreams, and is willing to sacrifice everything to put her happiness and well being first—which to me is a sign of true love, and one reason I find Mr. Ashford so sympathetic and sexy. 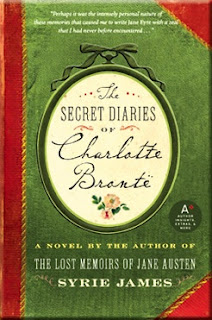 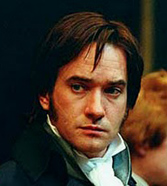 My next book, The Secret Diaries of Charlotte Brontë, is the true story of the incredible life of the author of Jane Eyre (one of my favorite books), and Charlotte's little-known, fiery romance with a young Irish clergyman, Mr. Arthur Bell Nicholls. After intensive research, I strove to stay true to history in bringing the Brontës and Mr. Nicholls to life. At first meeting, Mr. Nicholls seems stiff and narrow-minded, and he says just the wrong thing to Charlotte, making her despise him (think: Mr. Darcy in Pride and Prejudice.) But still waters run deep. Mr. Nicholls is an honest, good-hearted, hard-working, excellent man who loves children and animals and can charm a dog with a look or a word (all fine qualities in a hero.) He is devoted to Charlotte, her family, and their community, and he grows and changes throughout the novel. He is secretly in love with Charlotte for years without even knowing she's a famous author, before he finally reveals the depth of his feelings—an impassioned marriage proposal that sets Charlotte's life and the entire village into turmoil. I find Mr. Nicholls to be the very essence of a romantic hero—especially when his true nature is revealed on their wedding night, and in the action that follows in the last volume of the novel. 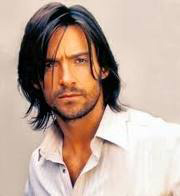 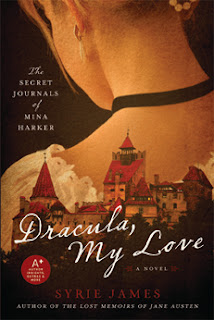 I get goose bumps every time I think about the hero in Dracula, My Love. In truth, there are two heroes in this story of Mina Harker's secret, passionate romance with the most powerful vampire of them all. But although Mina's husband, Jonathan Harker, is worthy and true, I'll restrict my focus here to the vampire of my dreams: Dracula. Bram Stoker left many gaps in his Victorian novel, which gave me plenty of room to invent twists and turns in the story, add romance, and fully flesh out the characters. Unlike Stoker's monster, my Dracula is a sophisticated, extremely well-educated, chivalrous, progressive-minded man with a heart and a conscience, who's taken advantage of his gift of immortality to improve his mind and talents. (At 400+ years he should be good at everything, don't you think? And I do mean everything.) He can move at the speed of light, appear out of dust or mist, morph into a wolf, control the weather, and influence people's minds… all of which can be a bit scary… but when he sees Mina across a crowded dance floor, it's as if she's the only woman in the room (another true hero requirement for me.) He's a dangerous man, but he'll do anything for the woman he loves, and that blood drinking thing is incredibly sexy. Although Mina has no idea Dracula's a vampire when they first meet, she swoons and falls madly in love … and admittedly, so did I. 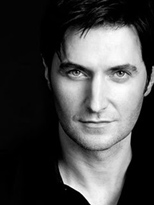 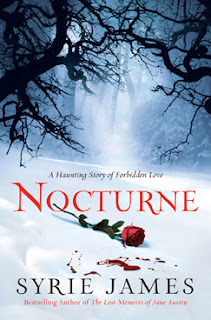 Which brings me to my new book, Nocturne. Vanguard Press so loved Dracula, My Love, they asked me to write a steamy, contemporary romantic novel for them featuring a vampire. I was thrilled to comply. Nocturne is a passionate love story about two wounded souls who, for four magical days, find shelter together from a raging storm, both literally and figuratively. I knew at once that my hero, Michael Tyler, had to be British. He was thrilling to conceive because even though the story takes place today at Michael's retreat in the Colorado mountains, he could be young and gorgeous yet centuries old—and thus be the kind of cultured, highly accomplished, dashing gentleman with a luscious accent of whom I'm so fond of writing. I believe that a vampire retains his humanity, so adding the paranormal element to this decent, charismatic hero just made him that much more compelling to write about. There's a reason Michael lives alone in this secluded spot; he wages a constant struggle against his darkest desires not to harm anyone. Both Nicole and Michael are running from their past, and Michael has a great deal to atone for, but through his character and actions, he shows us the power of redemption. He is brilliant, tender, and extremely romantic; a master pianist, among other artistic skills, who has taught himself to communicate with horses—which I find sexy, even if his very touch didn't make Nicole tremble with desire… And about the sex: it's guaranteed to curl your toes. I think vampire sex should be the best sex a woman's ever had. After all, they've had centuries to practice!

After thinking about it, all the heroes in my books share at least four defining traits: they are highly intelligent, well-read, devoted, and passionate—clearly the hallmarks of a great hero for me. And every one of them, for good reason, is obliged to withhold their deep feelings for the woman they love until a passionate, defining moment … (Did I mention that they're passionate?) When a man allows himself to be vulnerable, expresses his true emotions, and reveals his heart, I find it thrilling.

So which of my heroes do I like best? Okay, I admit it. I love them all! To learn more about me and my books, please visit my website, www.syriejames.com, where I invite you to read reviews and an excerpt from Nocturne, and sign up for my newsletter. You can also follow me on Facebook and on Twitter @Syriejames, and at Nocturnebook.com.

What kind of heroes do you love to read about? What do you think makes a man romantic, sexy, and desirable? Who are some of your favorite heroes in novels and films (and real life)? I look forward to your thoughts, and one lucky commenter will win a free copy of Nocturne!
Posted by The Romance Dish at 12:03 AM