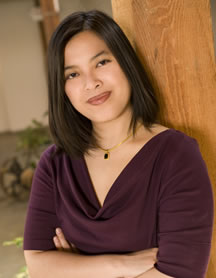 It's our pleasure to welcome today's special guest, Jeannie Lin to The Romance Dish! As stated on her website, Jeannie is an award-winning author who brings the drama and sensuality of Tang Dynasty to life in tales of honor, romance, and adventure. Her stories, set in the Golden Age of China, are inspired by Jeannie’s lifelong love of historical romance and the wuxia (martial arts) genre. Jeannie is also the inspiration behind all those terrific Romance Trading Cards you've been seeing at conferences and in mailings from your favorite authors! Jeannie is joining us today to talk about the mythology behind her latest release, THE DRAGON AND THE PEARL. Please give her a warm welcome!

The Dragon and the Pearl in Chinese mythology

Hello Romance Dish and thanks for having me! This is the official kick-off of my blog tour for THE DRAGON AND THE PEARL so I should wish you all lots of love, happiness, and good fortune. Karma, you know? 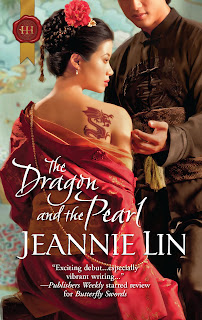 THE DRAGON AND THE PEARL is one of those rare instances in a book’s life where the author gets to keep the title she chose and I was really hoping that the powers that be would let me hold onto it rather than re-titling it “Ruthless Warlord, Captive Courtesan”. It’s a Beauty and the Beast sort of tale between a rebel general who takes a former imperial concubine captive, but as they each start to unravel each other’s secrets, the clash of wills transforms into a bond that allows them to fight against the many enemies plotting against them. I had the title suggested to me by the brilliant Elizabeth Grayson while I was still writing the novel and from there, everything fell into place.

First of all, what does it mean? We often see Chinese dragons depicted with a pearl or an orb either in their claws or floating nearby. During festivals, dragon dances involve the long serpentine body of the dragon chasing after a pearl. Turns out, it’s a bit of a mystery. The pearl is believed to represent a celestial orb that holds energy and power. In the book, the hero is a warlord who has an outlaw tattoo on his back (umm…yeah, you’re wondering why the cover then shows the heroine with said tattoo, right? The artists were not incorrect is all I’ll say). I had spent the entire first draft of the book wondering what was the tattoo going to be. A sword? Some mysterious symbol? Once I had the title, it hit me—A dragon and the pearl!

The symbolism worked so well with the themes of the book: the quest for power and the mystery of what the pearl truly represents. Like my heroine, I believe the dragon’s pearl is often mistaken for just a shiny bit of treasure, but in truth its meaning and its value is much more complex. 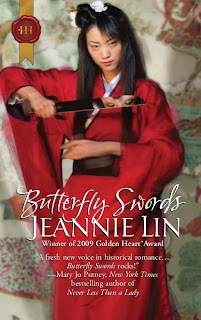 THE DRAGON AND THE PEARL is available September 20 from Harlequin Historical and is set in the Tang Dynasty, during a time of court intrigue and a great power struggle between opposing warlords. It’s a follow-up to my 2010 release, BUTTERFLY SWORDS. A linked short story, THE LADY’S SCANDALOUS NIGHT, is available as an ebook release now from Harlequin Historical Undone.

What sort of folklore or symbolism are you fascinated by? Let me know in the comments or just say howdy and hello and I’ll be giving away a free copy of the prequel BUTTERFLY SWORDS, print or ebook, your choice, to one randomly selected visitor.

You can visit me at my website: http://www.jeannielin.com or check out THE DRAGON AND THE PEARL LAUNCH CELEBRATION (http://www.jeannielin.com/index.php/the-dragon-and-the-pearl-launch-celebration) for a chance to receive books and other Tang Dynasty themed goodies. I’m also on Twitter as @JeannieLin.
Posted by pjpuppymom at 12:30 AM