One for the Movie 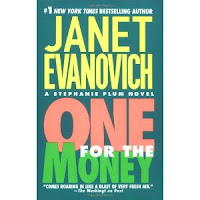 I swore I wasn't going to do it.  I had done it before and in all but a few instances, it had turned out to be a major disappointment.  I just wasn't going to set myself up for more of the same.  But then curiosity got the better of me and I figured what the heck?  I can endure anything for a couple hours and, who knows, it just may turn out to be enjoyable.  That kind of reasoning is what had me settling into a Senior discounted, matinee priced seat (because why pay full price when you can get the double discounted, Saturday afternoon, old folks fare?) at my local movie theater as I waited for the opening credits of One For the Money, the new movie based on the first book in the popular Stephanie Plum series by Janet Evanovich.  You should know that I love this series and have solid images of the cast of characters in my mind's eye so I approached the film with more than a bit of trepidation.  Would the script stick to the storyline of the book?  Would the actors match, or at least come close, to how I'd envisioned them?  Would I laugh as I had while reading the book?  Surprisingly, I enjoyed the movie more than I had anticipated.  No, all the actors did not match my idea of how the characters should look though a few - Lula and Grandma Mazur - were darn close and yes, the movie moved excruciatingly slow in some places but it followed the book closely and, overall, I enjoyed it more than I thought I would.  And that got me to thinking about other books I'd like to see on the big screen.

Kaki Warner's new Runaway Brides series is set on the Colorado frontier, against the backdrop of the rugged and beautiful Rocky Mountains.  I've been enthralled by Westerns since I was a kid and Warner's are tailor made to fulfill my love of romance combined with plenty of action, humor, danger and emotion in stories centered around smart women and the rugged men (including a Highlander!) who win their hearts.  Shoot, for her stories, I'd even be willing to fork over the full price of a ticket! 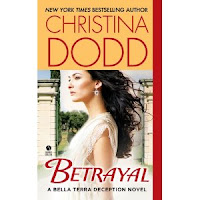 Christina Dodd's new Bella Terra Deception romantic suspense series is perfect for the big screen.  Set in the verdant California wine country, this series brings us the stories of three emotionally tormented brothers (who happen to be of Italian descent and gorgeous with a capital G) who join forces when their beloved grandmother is attacked in her home.  What follows are three sizzling, action packed stories that gradually unveil long-held family secrets, vendettas, priceless jewels, murder and a missing bottle of wine that combine to threaten not only the new-found happiness they've found but their very lives.  Yep, I can totally see this on the big screen!

We go back to the Colorado Rockies for Emily March's Eternity Springs series; contemporary small-town stories that break your heart then put it back together again stronger than before.  With a beautiful setting, a strong core of friendship among the female protagonists and deeply emotional tales of love, loss, hope and second chances, these are books that would translate beautifully to the big screen.  And I've already cast one role; Betty White would make a perfect Celeste, our motorcycle riding angel!

Okay, so there are a few of the books I've been reading that I'd like to see turned into a movie.  Now it's your turn!  Do you enjoy watching movies that have been adapted from books you've loved?  Do you find yourself seeking out the books you haven't read after seeing the movie?  What books would you like to see on the big screen?  Any thoughts as to who you'd cast as the characters?