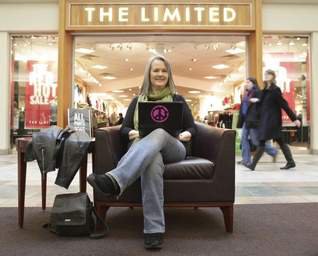 I first discovered Elizabeth Bevarly in 1990 when I picked up a copy of her Silhouette Special Edition book, Donovan's Chance.  I've since followed this prolific writer (according to her website, she's working on her 60th novel!) through a variety of formats and publishers from those first categories to single title contemporaries to her wonderful new women's fiction novel from Berkley Trade, The House on Butterfly Way.  She's smart, savvy, a bundle of fun and a walking, talking encyclopedia of some of the best, and most eclectic, music around.  Please give her a warm welcome to The Romance Dish!


The Best Laid Plans of…
Revealed at Last! The Reason Why…

Dammit, Why Do Books Never Come Out the Way You Think They Will?

Probably the most common question asked of novelists is, “Where do you get your ideas?” Fortunately, that’s an easy one to answer. We get our ideas everywhere—personal experience, song lyrics, overheard dialogue, magazine articles, you name it. A more difficult one to answer is one we—also fortunately—never hear from readers, but is one we often ask ourselves. Namely: “What do I do with all the stuff I thought was going to be in the book but never left the synopsis?” For that one, I never have an answer, even though I always have a lot of such material. 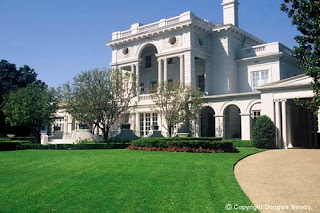 The idea for The House on Butterfly Way was spawned when my family and I looked at a house that was for sale here in Louisville. What made the episode so memorable was that the house in question was in a horrible state of disrepair in a very upscale neighborhood where houses were normally showplaces. As we wandered through the house seeing room after room filled with peeling wallpaper, crumbling plaster, filthy carpeting and blackening mold, the writer voice in my head kept asking, “How did such a gorgeous estate home in such an expensive neighborhood come to this? Who lived here? Why didn’t they take care of the house? Why didn’t someone take care of them?” More to the point, I asked, “Hey, house, what’s your story?”

Although the house never told me its story, I left fully confident that I would write about it. For weeks, my mind percolated, until I had a boatload of information about the story I would tell. By the time I sat down to write, I knew without question that the following aspects would all be integral to my story:

1. The house would be French. (Even though the house we looked at was a Tudor.)

2. It would be purchased by a brother and sister, both recently single, who were assuming the care of their aging mother and combining their families for both personal and economic reasons.

3. The previous owner was a French war bride, brought to this country by her WWII veteran husband, and her figurative—not literal—ghost would still pervade the house. My protagonist would spend a good deal of the story learning about the woman from the remnants of her home.

4.  The neighborhood surrounding the house would be filled with quirky characters who would add color and humor.  (In fact, the synopsis detailed six such neighbors.)

5.  The family cat, named Havoc, would, in almost every chapter, bring home something from one of the neighboring houses that would identify said neighbor in some way and further the story along. 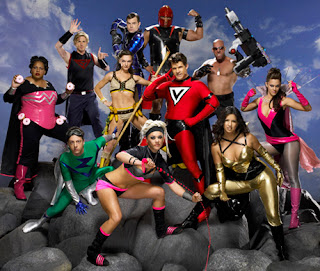 6.  There would be a block watch group who made their own "superhero" type uniforms, all of whom already had names/identities in my head.

7.  The book would be the first in a series, all set in this fictional neighborhood, a la Jan Karon's Mitford or Janet Evanovich's The Burg.

So how many of these tidbits, all of which I was positive would be in the book and were in the original synopsis, do you think actually made it into the book? The answer? Only numbers one and two, which were the least detailed and, to me, most uninteresting. The rest all fell by the wayside, to be replaced by other characters and other themes that developed as I wrote. Havoc the cat didn’t even appear as window dressing. And the book isn’t the first of a series. It’s a complete stand-alone.

That’s not to say, of course, that all these things won’t appear in future works. I’m sure they will. But why did they all come to me at one time for a story in which none of them appeared? Was I trying too hard? Was my brain on creative overload? Was my diet at the time inundated with exotic spices? Was I not getting enough sleep? Who knows? There are a lot of things about the creative mind that even those of us with creative minds can’t understand. So we’ve learned not to ask too many questions. Or, at least, we’ve learned not to expect too many answers.

So how about you? What are your best laid plans that went awry? What was an event or experience you imagined materializing right down to the last detail that ended up being nothing like you thought it would be? And, just for fun, if you were a member of a superhero block watch, what would your identity/costume be? :o)


Elizabeth has brought three great giveaways with her today!  She'll be giving away a copy of The House on Butterfly Way, her Kentucky Derby Trilogy and a set of her two most recent Harlequin Desires.  The three winners will be randomly chosen from all comments left on the blog. 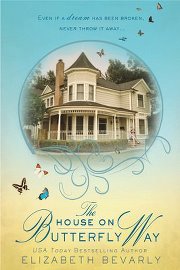 Once upon a time, in Manitou Hills, there was a home so radiant and vivacious it was christened with its own name: Fleurissant. Now it's in ruins, forgotten and neglected-except by a woman who sees her own life reflected in the broken windows of that house on Butterfly Way...

As a child, from afar, Eugenie Dashner loved Fleurissant and the elegant, youthful fantasies it provided. Now, with a failed marriage behind her, a troubled son at her side, and a contentious and bitter mother to care for, Eugenie returns to the Louisville neighborhood of Manitou Hills to fulfill a dream: buy and renovate the house that once meant so much to her, and maybe, in the process, rebuild her own life.

Day by day, as the house reveals more and more of its forgotten beauty, Eugenie sees her dream come to fruition-especially when the attentions of two men help to reawaken in her feelings of romance and passion she thought were gone forever. As she navigates her rediscovered emotions, Eugenie comes to realize that there is no such thing as irreparable damage-not in herself, not in the house on Butterfly Way, and not in the family who now calls it home...
Posted by pjpuppymom at 12:00 AM