Review -- Hunk for the Holidays

Hunk for the Holidays 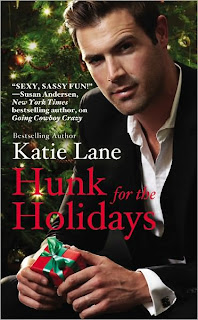 Cassie McPherson enjoys her high-level position at M&M Construction, her family’s business, but would rather be out on site with the crew instead of doing the bookkeeping behind a desk. That isn’t to say she doesn’t work hard; everyone knows she is a workaholic and rarely has any free time...and that includes no time for dating. For this reason, and to avoid the usual personal questions from her family, she hires an escort to go with her to the company Christmas party. When a sexy, hot guy in a tuxedo shows up at her work, Cassie naturally assumes he is her escort for the evening. What she doesn’t know is that he is the owner of M&M Construction’s biggest competitor.


James Sutton is doing all he can to make Sutton Construction a viable construction company in . He believes there is room for two successful companies in the area, which is why he is meeting with Big Al McPherson. Instead, James meets Al’s beautiful daughter, decked out in a slinky red mini-dress, who believes him to be...an escort. James is taken aback at first wondering why she would need an escort, but goes along with it because Cassie is bossy and full of sass and he finds himself intrigued by her. He charms everyone attending the party and Cassie can’t help but be attracted to him. He isn’t like any other escort she has hired. So, how far will she take their “date”? And what will she—along with her four protective brothers—think when she finds out who he really is?


Hunk for the Holidays is my first book by and I loved it! Many of you know that I’m not a fan of the “secret identity”, but this one is written in such a way that it totally worked for me. James tries to tell Cassie who he is, but with all the hilarious antics that pop up—many of which are out of his control—it’s never the right time. Thankfully, it doesn’t get dragged out.


Cassie is headstrong and aggressive, though not annoyingly so. Her behavior is perfectly understandable as she grew up with four brothers and had to fight for what she wanted. James is what I’d call an alpha gentleman—he likes to be in charge but is a complete gentleman while doing so. He isn’t perfect, however. A tragic event from his childhood causes him to not get too close to people so he won’t get hurt again. With Cassie, it just feels right to let her in. He is an utterly delicious hero—one of my favorites of 2012—and I enjoyed watching him melt Cassie’s heart. Woven into this story is a sweet secondary love story involving one of Cassie’s brothers and I enjoyed it, too.


Hunk for the Holidays is a fun, sexy contemporary with plenty of laugh-out-loud scenes and tender moments. It’s the perfect book to get you in the mood for Christmas...and for romance! I highly recommend it!