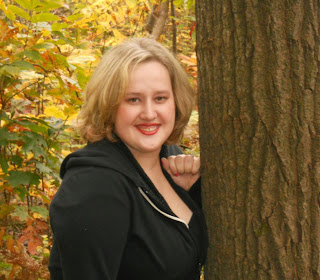 It's our pleasure to welcome Carrie Ann Ryan to the blog today.  Carrie Ann is a bestselling paranormal and contemporary romance author. After spending too much time behind a lab bench, she decided to dive into the romance world and find her werewolf mate - even if it’s just in her books. Happy endings are always near - even if you have to get over the challenges of falling in love first.


Her first book, An Alpha's Path, is the first in her Redwood Pack series. She's also an avid reader and lover of romance and fiction novels. She loves meeting new authors and new worlds. Any recommendations you have are appreciated. Carrie Ann lives in New England with her husband and two kittens.  Carrie Ann also loves hearing from readers. You can find her at:

Why do I love small town romance? Well, because it’s nice just to sit back sometimes and enjoy life without the craziness of a big city. I’ve lived in both, big cities and small towns and I liked both of them. When reading, I don’t have a preference; it really just depends on my mood at the time.

Even when I’m writing, sometimes I like the big cites, the far off mountains, or a small town like Holiday, Montana. I have a new series by that name that is all about the small town with some holiday paranormals to sweeten the pot. You see, Holiday myths aren’t myths at all in Holiday, Montana. No, they’re real, and people are just starting to understand that. 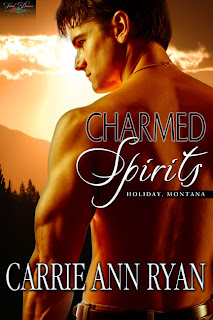 In the first book, Charmed Spirits, Matt Cooper is the youngest of the Cooper brothers and has always known magic exists. After all, the girl who left him had been a witch. Jordan Cross is coming back to Holiday to find out if she can handle the looks, the speculation, and the attitude. Oh, she will, she’s stronger than most, but it’s seeing Matt that may change things.

With living in a small town, there are no secrets. (At least that’s what they think anyway.) Jordan was ostracized as a kid because she was different. At least that’s what she thinks, anyway. In the small town of Holiday, people have a lot to answer for toward Jordan, and some will do it willingly…some…not so much. Even though all of that might not sound nice, that doesn’t mean small towns are horrible. No, people are there for each other, no matter what. And the Cooper brothers are in the center of that. No matter what happens in Holiday’s future, the Coopers are there to stay and to help when needed. That’s why I like small town romance. The people. The romance.

Carrie Ann is giving away a Swag Pack and a $5 Amazon Gift Card to a lucky commenter!

Jordan Cross has returned to Holiday, Montana after eleven long years to clear out her late aunt’s house, put it on the market, and figure out what she wants to do with the rest of her life. Soon, she finds herself facing the town that turned its back on her because she was different. Because being labeled a witch in a small town didn’t earn her many friends...especially when it wasn't a lie.

Matt Cooper has lived in Holiday his whole life. He's perfectly content being a bachelor alongside his four single brothers in a very small town. After all, the only woman he'd ever loved ran out on him without a goodbye. But now Jordan’s back and just as bewitching as ever. Can they rekindle their romance with a town set against them?

Warning: Contains an intelligent, sexy witch with an attitude and drop-dead gorgeous man who likes to work with his hands, holds a secret that might scare someone, and really, really, likes table tops for certain activities. Enough said.

Find it On:
Amazon | Barnes & Noble | ARe
Find it in Print Here:
eStore | Amazon

“Have you seen the house yet?” Matt asked, his brows furrowed.
She shook her head and took her Coke and gum back with a small smile to Mr. Clancy. “Not yet. I was on my way over there. I just wanted to stop by for a drink.” She squared her shoulders and started toward the exit.
“You might find more than you bargained for if you want to get out quick.”
Jordan stopped and pivoted toward him. “Why? It should only take a few days to clean it out then slap on some paint, right?”
Matt shook his head and put his thumbs in his belt loops—too sexy. “Your grandmother got real sick at the end, and none of us knew.” Sadness washed over his face, and Jordan held back any similar feelings. “It may take more than you anticipated to get it ready.”
She let out a sigh and closed her eyes, counting to ten. “Then I’ll just have to deal with it, won’t I? I’m here for the duration in any case.” After all, she’d quit her PR job, a job that she hated, so she could find herself. God, how pathetic did that sound?
“Well, if you need anything, I’m here. And I bet my brothers would help out in a second.”
Jordan nodded, a smile forming. Damn those helpful, sexy Cooper brothers. “Thanks, if I need anything, I’ll holler. But I hope to do most of it on my own.” 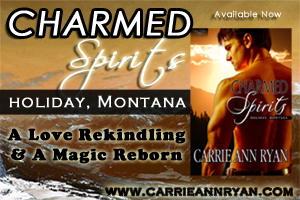