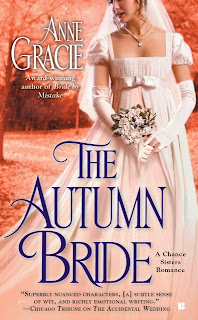 Orphanage to governess to thief is not the typical path to everlasting love but Abigail Chantry is not your typical historical romance heroine.  Abby loves her governess position and the children in her charge but puts it all at risk when she learns that her innocent younger sister has been kidnapped and is being held in a London brothel.   Abby rescues her sister who refuses to leave without another young woman, also kidnapped, and the abused maid who engineers their escape, earning them all a dangerous enemy in the process.  Sacked from her governess position for bringing the young women into her employer's home, Abby uses her meager savings to rent lodgings for the four but funds quickly dwindle and when her sister becomes desperately ill, Abby has no choice but to turn to thievery.  She enters an upper window of a nearby mansion, which she believes to be unoccupied, looking for something that will give her enough money to pay a doctor for her sister.  What she finds is an elderly woman in much worse straits than Abby could imagine.

Lady Beatrice Davenham is being horribly neglected and taken advantage of by her scurrilous staff.  Her only relative, her nephew, is in India and she has been isolated (by her staff) from any friends who would come to her aid.  Abby cannot turn her back on this lady who shows her kindness and, when Lady Beatrice hears Abby's story of how she came to be in her situation, she invites Abby, Jane, Damaris and Daisy to live with her.  The four young women, now known as the Chance sisters, Lady Beatrice's nieces from the country, move in, fire the staff and set about restoring the feisty Lady Beatrice to health and setting the house to rights.  Everything is going swimmingly until the day he comes home.

Max Davenham was not yet twenty when he inherited his title and discovered the damage his uncle had wrought on the family fortune.  Unwilling to allow his beloved aunt to discover that her husband had left her penniless, Max struck a deal with a wealthy manufacturing mentor:  business advice and a loan to be repaid in ten years plus a promise that sealed Max's fate...for life.  Over the past nine years, Max and his partners have built a successful import business in India, the loan has been repaid in full but the promise hangs heavy on his mind.  When an alarming letter from one of his aunt's friends arrives, Max knows it's time to return to London; to free his aunt from the people taking advantage of her and to fulfill the promise he made to the man who saved his family all those years ago.  Only trouble is, the people he thinks are taking advantage are actually her rescuers and the "leader" of this feminine gang is pushing all of his buttons; buttons he can't afford to have pushed because honor demands that nothing can come of his growing attraction to Abby.  Or can it?

Anne Gracie is a master of family dynamics, whether the families in question are those of blood or choice.  In The Autumn Bride she brings us an appealing blend of both with all the love, heartache, mischief and joy inherent in such relationships.  Of course, there's plenty of Gracie humor in this story as well.  The scenes where Lady Beatrice explains the family connection between the "nieces" and herself are some of the funniest I've read, with Lady Beatrice's "creativity" and Max's reaction especially humorous.

I fell in love with these characters from the beginning of the book.  By the final page, they had ceased to be simply characters in a story and had become family of the heart; people about whom I care; one more family created by Ms. Gracie.  Not just the main characters but the rich cast of secondary characters as well.  I'm now fully invested in their happiness and the assurance that Anne Gracie will do her best to bring us the happy-ever-after endings that they each deserve.

Witty banter, humor, heartfelt emotion and heartwarming romance make this well-paced book from Anne Gracie another for the keeper shelf.  Don't miss The Autumn Bride.  I highly recommend it.