Three for the price of one!  I'm pleased to welcome Kim Law, Cheryl Bolen and Patrice Wilton to the Romance Dish today. These three authors are part of part of an exciting new phase in publishing:  serial romances!  They are here today to answer my questions - and your's - about Kindle Serials from Amazon and a terrific contest they are sponsoring to kick off their new serial books. 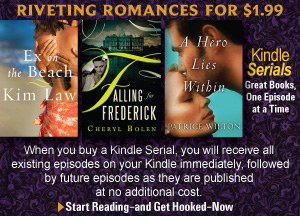 Welcome to the Romance Dish, ladies!  We’re delighted to have you visit with us today.  Before we talk about your new projects – and those terrific prizes you’re giving away in your contest - would you each please tell us a bit about you and where you are in your writing journey? 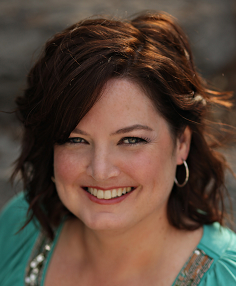 Kim: I would love to! But first, thanks so much for having us here today. We’re all three so excited about this contest, so I’m thrilled to be able to share it with all of you! As for me, I’m a contemporary romance author who does both steamy contemporaries and small town (still with some heat) books. My books are written with a light-hearted, fun tone, but I also tend to do emotional at the same time. I like to make people both laugh and cry. Because yeah… I’m a little evil that way ;) I’ve been writing for several years now, and my first published book released last October (CAUGHT ON CAMERA), my second (SUGAR SPRINGS) in December, and EX ON THE BEACH, my serial that’s releasing now, is my third published book! 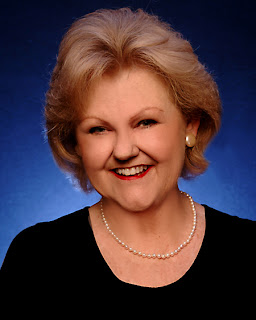 Cheryl: Before I sold my first book to Harlequin Historical in 1997, I won a lot of writing contests in romantic suspense, but turned my back on it when publishers began paying me to write sexy historicals set Regency England. I've now got more than 20 books (some of which are sweet, rather than sexy), have been translated into eleven languages, and have been blessed to continue winning writing awards, including Notable New Author and Best Historical in 2005's Holt Medallion and in the 2011 International Digital Awards. I'm especially proud to have been a finalist in the Daphne du Maurier for Best Historical Mystery. Amazon's Montlake is now paying me to write my lighthearted contemporary romantic suspense serial, Falling for Frederick. 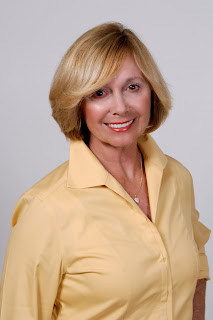 Patrice: I live in West Palm Beach, and my hobbies include tennis and golf, as well as writing contemporary romance and women's fiction. I have two grown up children, and I'm a grandmother to three beautiful little girls, and feel extremely blessed. I've been writing for twenty years, and this year Amazon Montlake made my dreams come true by offering me a three book contract. A HERO LIES WITHIN comes out Feb.26th, followed by HANDLE WITH CARE, and the last of the series AT FIRST SIGHT.

You all have romances that are currently, or will soon, be released in Kindle Serial format through Amazon Publishing.  How exactly does this new format work?  What makes it a good option for readers?

Cheryl: I think with the popularity of TV shows like Downton Abbey or 24, Amazon realized people like having something to look forward to. They've kept these very economical, so readers don't mind taking a chance on them. Readers pay $1.99 for the first episode, which is typically two or three chapters that end in a cliffhanger. Then every two weeks for 4 ½ months, readers get another episode delivered to their Kindle. All of the additional episodes are free. Most of my readers are telling me how anxious they are to "find out who done it." It's remarkable how the reader finds the new episode on her/his Kindle just where he/she left off reading two weeks earlier. In the end, these are equivalent to 300 or 400 page books.

Kim: To follow up on Cheryl’s answer, if a reader buys the book after more than one episode is released, they will get all available episodes immediately. And every two weeks when a new episode releases, they will get an email letting them know a new episode has been delivered. Very easy!
As for what makes it a good option for readers? I think it’s four things:

1)      They’re cheap!
2)      It’s FUN to read something in a new way. And with each episode ending on a cliffhanger, you know the tension will always be ratcheted up.
3)      Readers can chat after each episode with other readers, discussing how they think the next episode will go. (On the Amazon page of each serial, there’s a link to the forums.)
4)      If you don’t have time to get lost in a book for a few hours, getting only one episode at a time will force you to put the book down! They are the perfect lunch-time reads. Or even, read them while you’re cooking dinner! They’re easy to sneak in, and will always leave you wanting more. Fun J

Will your titles be released as a complete book after the last serial episode has been published?

Patrice: Yes, as soon as the serial has ended, the book will be available in every format: eBooks, print books, or audio.

How does writing a serial episode book differ from writing other types of books?

Kim: O.M.G. There is a huge difference! We’re still writing the books as they are being released!!! So for authors, we don’t get a second chance to go back in and layer in more details. We have to know where we’re going with the story (at least sort of…I’m kind of lost at the moment ;) ) and we have to have the confidence to trust in ourselves that we’re getting in all the pertinent details. Then we also edit each episode individually, which (for me) means I go back and re-read what’s already done to try to make sure I’m not repeating or putting something in there that was already revealed two episodes before!

Cheryl: For me, it's quite a bit harder because they are releasing episodes while I'm still writing it. I try to be very careful before I release my three-chapter episodes to make sure I've got everything I need because I can't go back and fix anything!

Patrice: The pressure is on the writer to create a new episode every two weeks, and the reader will receive it hot, right off the press.

The Kindle Serial books being released by each of you are:  EX ON THE BEACH (Kim), A HERO LIES WITHIN (Patrice) and FALLING FOR FREDERICK (Cheryl).   Please share with our readers what they can expect from each of your books.

Kim: Oh, great question! For me, with Ex on the Beach, you’ll get a fun, sexy read with a cast of characters you can fall in love with!

Cheryl: Falling for Frederick can be described by "Aided by lord of the manor, lovely doctoral student archivist seeks priceless medieval artifact, just ahead of those who've already killed to get it." It's a lighthearted romance with a mystery that, hopefully, has a lot of suspects.

Patrice: My book, A HERO LIES WITHIN, is a contemporary romance - the first in a three book series about returning war heroes wounded in body and spirit and the women who love them. The readers can expect an emotional journey and a powerful love story as our wounded warriors come home to heal.

The three of you kicked off a contest yesterday.  Please tell our readers about the great prizes and where they can enter.

Kim: Great, thanks! Yes, we kicked off a contest in which we have one major goal. Get people to try serials! They really are fun to read, and like we pointed out earlier, they’re cheap and can be read in short periods of time. So we want to get people to try them!! (Because we want to write more!)

To encourage this, we’re running a six-week long contest where we’re giving away three $20 Amazon cards along the way, and at the end we’ll award a 7” Kindle Fire HD to one lucky entrant!! Readers can enter at all of our contest pages (for up to three entries in the contest.) All they need to do is answer a simple question about each of our serials on our contest pages. Enter once, twice or three times, depending on how many serials you want to check out!

What’s next for each of you?

Kim: Well, for me, I’m working on a new serial idea, because I really am having a great time with this. Not sure if I can sell it yet, but fingers crossed that I do. And then I’ll have the second book in my SUGAR SPRINGS series coming out later this fall.

Cheryl: I'm not sure. I keep having readers request that I write another of my historical Regency Mysteries. Depending on how well my serial does, though, Amazon's Montlake may be interested in another "Stately Home Murder." I have a lot of options.

Patrice: Creating a wonderful new series for my readers to fall in love with. I have one in the works.

Thank you, Kim, Patrice and Cheryl!  We appreciate you joining us today and wish you all the best with your new serial writing ventures.  Is there anything you would like to ask our readers today?

Kim: Thank you so much for having us! And yes, I would love to ask your readers a question. I’d like to know what their favorite TV show is that leaves them hanging each week. And if they’d like to share, what is it about the show that they love so much?

Cheryl: I'd just like to remind readers they don't have to own a Kindle to read a Kindle Serial. They can download to computers or to smart phones with free apps.

Patrice: Is this a format that would interest you? Please give it a try!

And one more thing…if readers would like to get notification of great new Montlake releases every month, they can subscribe to the Montlake Delivers newsletter! Thanks again for having us, PJ!!!

Here’s the link for the newsletter mentioned directly above: http://www.amazon.com/gp/gss/detail/8894660